Van Buren began as a port and trade center on the Arkansas River and served as a major starting point for prospectors of the 1849 gold rush. A border town linked to Indian Territory, it was the site of Arkansas’s first federal district court and a Civil War battle town. River traffic, railroad commerce, and mercantile trade dominated Van Buren’s early economy; manufacturing and tourism developed a strong presence in the last half century.

Louisiana Purchase through Early Statehood
The area that became Van Buren began as a land claim on the Arkansas River owned in the 1820s by Revolutionary War veteran James Phillips and his two sons, Thomas Phillips and Daniel David Phillips. The site, named Phillips Landing, became a busy port over the next several decades. Early traffic included American traders bound for Santa Fe, New Mexico, who assembled their cargo there. The Phillips family established the future town’s earliest business enterprises: a fuel depot/wood yard for steamers, as well as the first post office, which opened in 1831 with Thomas Phillips as postmaster. The post office was named after the secretary of state (and later president), Martin Van Buren.

John Drennen and his brother-in-law David A. Thompson, transplanted Tennessee businessmen, established a ferry service just south of Van Buren and in 1836 bought the Phillips site. Drennen was appointed postmaster and had the land surveyed and the streets platted. Van Buren became the Crawford County seat in 1838, with the courthouse eventually situated on property donated by Drennen, and was incorporated in 1845.

As part of the bustling merchant center that was Crawford County in the 1830s and 1840s, Van Buren served northwest Arkansas to Fayetteville (Washington County) and Indian Territory to the west. Steamboats carried goods from New Orleans, Louisiana, and Cincinnati, Ohio, and exported Arkansas crops. Smugglers used Van Buren as a depot from which to carry whiskey into Cherokee country, bypassing military interference.

The city built a wood and rock wharf in the late 1840s, and retired river captain Phillip Pennywit operated a riverfront storage warehouse, a busy flourmill, and a popular mineral bathhouse.

During the gold rush of 1849, the town’s population more than doubled by mid-March with the arrival of about 1,000 prospectors setting out for California. Two prospecting groups—the thirty-eight-member Van Buren California Association and the California Emigrating Company—assembled in Van Buren. The town competed with Fort Smith (Sebastian County) for prospectors’ business; the two cities ultimately served 3,000 emigrants from twenty-five states.

The first District Court of Arkansas was created in March 1851 in Van Buren, where it operated until March 1871 before moving to Fort Smith. The Little Rock and Fort Smith Railroad was organized in 1853, with John Drennen as the company’s first president, and the first train arrived in Van Buren from Little Rock on June 24, 1876.

Civil War through Early Twentieth Century
Between the spring of 1861 and the spring of 1865, Van Buren saw nine Civil War military exercises, seven of which occurred after its capture in late 1862. The Van Buren Militia, the Frontier Guard, and the Van Buren Rifles assembled in 1861, and the Daughters of the South organized in Van Buren to make uniforms and bandages.

By early 1862, a paper shortage forced the Van Buren Press to shut down, and by summer, martial law was in place. On December 3, about 8,000 Union troops marched in from Cane Hill (Washington County) and captured Van Buren. They destroyed the local printing press, courthouse records, three steamboats, a ferry, 15,000 bushels of corn, and a cotton factory and took 100 prisoners. The Capture of Van Buren on December 29–30 served as a final major action on the Indian border. Two years of occupation followed. By 1864, Van Buren was one of several Arkansas cities with large settlements that attracted freed slaves throughout the war. Of note were a Confederate victory in mid-1864 when a Union patrol unit skirmished against guerilla forces and suffered losses, and a Union victory in early 1865 when Union troops responded to civilians being robbed by Confederate guerillas.

The 1880s brought a passenger railroad route connecting Van Buren to Fayetteville and Rogers (Benton County). Turn-of-the-century cultural amenities included the Murta Opera House, destroyed by fire in 1897, and the King Opera House, dedicated in 1901. The latter venue operated as a movie theater in the 1920s. The early 1900s brought the Union Depot and the Van Buren-Fort Smith Free Bridge across the Arkansas River, which for decades had been crossed only by ferry. Van Buren was the only sizable town in mainly rural Crawford County.

World War II through the Modern Era
During World War II, a thirty-five-acre military railway base operated on Pickett Hill on the east side of town. Activated in December 1942 as Camp Johnson, the base was renamed Camp Jesse Turner in September 1943 in honor of the mid-1800s judge and state senator. A USO (United Service Organizations) center was established downtown in December 1941.

The flood of May 1943 destroyed several thousand acres of farmland along the river, and the Turner camp took in evacuees. The base also hosted 400 African-American soldiers of the 469th Quartermaster Truck Regiment from Camp Maxey, Texas, while they worked over the summer to rehabilitate the land. That year, the Missouri Pacific Railroad formed a Negro Women’s Labor Battalion of “Rosie the riveters.”

When the war ended, the base’s land was transferred back to the government, which donated it for what would become Crawford Memorial Hospital.

The postwar years ushered in a more industrialized economy, and Van Buren became a manufacturing base supported by the city’s ideal position as a crossroads with railways, waterways, and major highways. The ensuing decades brought a 135-acre city park, the state’s first port authority, construction of Interstate 540 around the eastern edge of the city, a merchants’ association to promote the historic downtown, and an ambitious water supply project on the lower Lee Creek in cooperation with Fort Smith.

The desegregation of Van Buren schools went smoothly in 1957 but saw a forty student strike against integration in 1958 after the Central High crisis. A high school poll at the time indicated most students were in favor of desegregation, and Van Buren resolved to keep school integrated despite resistance.

Van Buren’s population soared from 8,373 in 1970 to 22,791 in 2010. Crawford County’s population grew from 25,677 to 61,948 over the same period, an increase attributed in part to the “good geography” promoted as far back as 1830. In recent decades, the area has become a bedroom community for people working in Fort Smith and northwest Arkansas.

Education
By 2011, the Van Buren School District served 5,997 students (including 80 in Pre-K) and operated six elementary schools, two middle schools, two junior high schools, and one senior high school. The city also is home to the Center for Art and Education, founded in 1976 and serving 5,000 children and adults a year.

Industry
Manufacturing, food processing, and medicine are sustaining industries in Van Buren. Major employers include poultry processors Tyson Foods and Simmons, the Van Buren School District, USA Truck, Allen Canning Company, and Summit Medical Center. In the early 1900s, yeoman farmers in the area grew diverse crops such as potatoes, corn, cotton, berries, fruit, oats, and peanuts, and some raised Angora goats, hogs, poultry, and registered cattle. Today, only a handful of dairy farms remain in the area out of about 120 during the early 1900s. Crop farming has been reduced to fewer and smaller-scale operations, and dairy and soybean farms have become large commercial operations.

Attractions
The Main Street Historic District offers tourist attractions such as restored Victorian structures, antiques, fine arts, the River Valley Museum in the old Frisco Train Depot, a vintage excursion train, and cultural amenities such as the century-old King Opera House, which was acquired and restored in the 1970s and operates as a stage theater. Recreational opportunities include the Dr. Louis Peer Memorial City Park, the Field of Dreams Athletic Complex, the Lee Creek Reservoir Recreation Area, and Cedars Country Club, with a public golf course. The house of John Drennen, credited as a town co-founder, has been restored as a museum known as the Drennen-Scott Historic Site. The Confederate Section of the Fairview Cemetery is on the National Register of Historic Places. Van Buren Post Office is also one of nineteen locations in Arkansas where Depression-era post office art may be viewed.

Notable Residents
Notable residents include poet-soldier Albert Pike, who taught in a one-room schoolhouse, and trader Josiah Gregg, who undertook eight round trips to Santa Fe and Chihuahua, Mexico, between 1833 and 1842. Modern-day notables include country singer Jesse Lee “Arkie” Shibley, and comedian Bob Burns, who as a boy invented a musical instrument he called the bazooka. Burns went on to become a storyteller and humorist with his own radio show, The Arkansas Traveler, and a syndicated newspaper column in the 1930s and 1940s. Between 1931 and 1941, he appeared in about twenty-five movies, including Rhythm on the Range (1936, with Bing Crosby) and Waikiki Wedding (1937, with Crosby, Bob Hope, and Martha Ray). His radio show ran from 1941 to 1947, and his column, “Well, I’ll Tell You,” was syndicated in 240 U.S. newspapers from 1936 to 1940. Professional boxer Hollie “Hot Stuff” Dunaway was born in Van Buren and was the first woman inducted into the St. Louis Boxing Hall of Fame.

The Malco Theater chain opened the movie house on Main Street as the Van Buren Theater in 1939. They renamed it the Bob Burns Theater for the 1940 premiere of the movie Our Leading Citizen starring Bob Burns, Susan Hayward, and Joseph Allen Jr. I was unable to find an exact date when the theater was renamed, but 1940 was in the time period when Bob Burns was beginning his movie career. A friend, Laban Dyer, was a small boy when Bob Burns and Susan Hayward came to Van Buren. They stayed at the Mike Myers house on Drennen Street. Laban said he got on the front porch of the house and was looking in the window to see Susan Hayward and she saw him looking in and came outside and picked him up and gave him a kiss on the cheek. 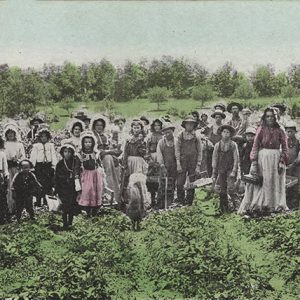 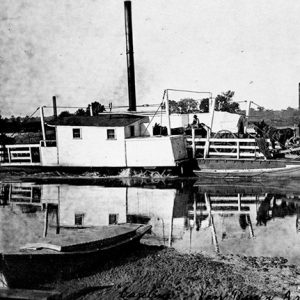 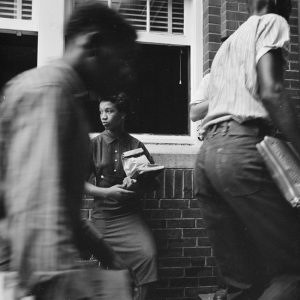