Springdale (Washington and Benton counties) is a major industrial center in northwest Arkansas with a population that almost doubled between 1980 and 2000 and is still on the increase; as of 2010, the population is 69,797. The area is the birthplace of seven major trucking companies and a center for the poultry industry in the state. Nearly 700 people moved to the Springdale metropolitan area each month in 2003. In that same year, Forbes magazine rated it third best in the nation for business and career opportunities.

Pre-European Exploration through Early Statehood
People have lived in the area now called Springdale for about 12,000 years. Early settlers came and stayed because of abundant natural resources, just as later European settlers did. Osage Indians from farther north used the area for seasonal hunting in the late eighteenth and early nineteenth centuries. The Cherokee Treaty of 1828 allowed white settlers to lay claim to the area, and families from eastern states began settling the area.

In 1839, John Fitzgerald and his wife, Mary, built an inn, called Fitzgerald’s Station, near the spring; it became a stop for those making the trek to Indian Territory on the Trail of Tears and, in 1858, an official station for the Butterfield’s Overland Mail Company route. The Shiloh Primitive Baptist Church was built in 1843 on property donated by William Davidson Quinton. John Holcombe is considered to be the founder of the town that grew around that small church. Though not an original settler, Holcombe was a charismatic man who understood that it was wise to buy land and organize a town. He was responsible for laying out the town plats on land he acquired and giving plots to business people so the town would prosper. Referred to as Holcombe Springs for a time, the church and settlement soon became known as Shiloh after the church.

Civil War and Reconstruction
Prior to the Civil War, a few businesses flourished, but many of them, as well as many homes and the church, were burned during the conflict. Some families, including John Holcombe’s, fled to Texas. In 1868, Holcombe returned and drew up the first plat of the town, and Shiloh Church was rebuilt. In 1872, when the town petitioned for a post office, another Shiloh already existed in the state. Sarah Reed Meek, the wife of James Meek, one of the town fathers, suggested the name Springdale, short for “springs in the dale.”

Late Nineteenth Century through World War II
In 1881, the St. Louis-San Francisco Railroad announced it would pass directly through the town. The rich soil of the area produced good fruit crops, and after the coming of the railroad, hundreds of carloads of apples, strawberries, peaches, and grapes were shipped out by rail each year. During this time, the business center shifted from the area around what is now the Shiloh Museum of Ozark History to the area around the railroad tracks, and later to Emma Avenue. In 1912, an orphan train brought to Springdale children who were then adopted by local families; the Orphan Train Heritage Society of America was later founded in the city in order to preserve such history. Many locals acknowledge Springdale’s history as a “sundown town,” or a place that kept African Americans from settling there.

In the 1930s, Springdale’s industries included the region’s only roller mill for producing high-grade flour, bran, and feed; a grape juice plant; a winery and distillery; and canneries. Steele Canning Company, founded by Joe Steele in 1924, grew to be one of the largest privately owned canning companies in the world, partly as a result of the introduction of Popeye brand spinach in 1965.

In the early 1930s, John Tyson started the predecessor to Tyson Foods using his old truck to haul chickens out of the area to sell for farmers who owned hatcheries. Jeff Brown opened the first hatchery in 1921, and by 1937, it was the largest in the state.

Post–World War II through the Modern Era
The end of World War II brought new prosperity to Springdale. Early farmers had discovered the climate was ideal for the raising of fruit, especially apples, but when the fruit crops were attacked by pests and disease, growers turned to raising poultry. In 1940, the USDA recognized Arkansas as the largest producer of chickens. Soon the Rural Electric Administration began to supply electricity to farms, which revolutionized poultry production. Led by Tyson Foods, Inc., poultry production increased by 333 percent between 1935 and 1950; it increased another 336 percent in the next ten years. In 1962, Arkansas growers for all poultry plants raised twenty-five million broilers. The county soon became one of the five most heavily industrialized in Arkansas. The cattle industry of northwest Arkansas grew out of the use of chicken litter to improve pastures.

The poultry industry spawned other businesses as well. Tyson Foods opened a hatchery, as did many others in the community. George’s, Inc., and Jeff Brown built feed mills and increased the size of their hatcheries. Others soon followed. Locals, many of whom had left the area for work, found jobs that had not previously been available, and farmers who were hacking out a bare existence turned to raising poultry and cattle. The city’s population increased steadily, doubling in the 1990s to reach 45,798 by the year 2000 and adding more than 20,000 over the next ten years.

The trucking industry grew primarily out of growers’ needs to transport their birds. Harvey Jones went into the hauling business with a wagon and team of two mules in 1918, which launched Jones Truck Lines. Others soon followed, such as Joe Robinson, Lindley Truck Lines, Willis Shaw, and J. B. Hunt.

By the 1950s, the springs that had always watered the area could not produce enough water to supply the area’s growth. Beaver Dam, which created Beaver Lake in 1966 was built by the Corps of Engineers under the Flood Control Act of 1954. In addition to supplying Springdale’s water, the lake also serves four cities, as well as other systems in two counties. The lake and its recreational facilities attract many tourists each year, making tourism the second-largest economic boon to the area.

Industry
There were twenty-six truck lines operating out of Springdale in 2005. After 1930 when U.S. Highway 71, which runs just to the west of Springdale’s downtown area, was paved from Kansas City, Missouri, to Fort Smith (Sebastian County), the number of trucking firms increased dramatically. Jones Truck Lines was incorporated in 1949 and by then was one of the largest individually owned and operated truck lines in the county. It was sold after Jones’s death in 1989 and is no longer in operation.

Harps Food Stores Inc., started in Springdale in 1930 and has expanded to eighty stores in three states.

The Springdale Municipal Airport was obtained from a private corporation in 1950 and is a boon to local industries. It serves 149 aircraft, including thirteen jets and five helicopters. It offers air freight, an air ambulance, charter flights, flight instruction, and aircraft rental.

The Northwest Arkansas National Airport located at Highfill (Benton County), miles away from a city of any size, opened in 1998 and serves northwest Arkansas. Its construction came about largely through the efforts of the Walton and Tyson families.

Springdale has more than seventy-five manufacturing and poultry-processing plants. The increase in job opportunities in the area has attracted many immigrants. The Hispanic population of Springdale more than tripled between 1990 and 1995. By 2000, Hispanics made up twenty percent of Springdale’s population; by 2010, they made up thirty-five percent. Also, many Marshallese live in Springdale; an official city census in 2005 counted roughly 2,000, but other estimates place the number between 4,000 and 7,000, making them the largest Marshallese population outside of the Marshall Islands.

Education System
In 1885, Fishback School was established as Washington County School District 68; the one-room building offered grades one through eight. In 1898, Josiah H. Shinn, educator, author, and former state superintendent of public instruction, acquired a building, hired four teachers, and founded Springdale’s first educational center. It was called Shinn’s Academy, but after a year, it became known as Springdale College. In 1901, the school became Springdale High School, District No. 50.

In 2005, Springdale had the state’s fourth-largest school district. Its ten-year, $102-million building plan calls for the construction of additional schools. Springdale budgets close to a million dollars each year to cover teachers’ salaries for its English as a second language program, which serves the increasing Hispanic population.

Ecclesia College, a Christian college, was founded in 1965.

Attractions
The Professional Rodeo Cowboys Association has held a Fourth of July rodeo, the Rodeo of the Ozarks, in Springdale since 1945. This professional rodeo is one of the top twenty-five rodeos in the nation.

Other attractions include the Arkansas & Missouri Railroad; from May through October, passenger cars carry tourists through the Boston Mountains south to historic Van Buren (Crawford County), where they can shop and return on the train that evening. In addition, there are the Arts Center of the Ozarks, the Shiloh Museum of Ozark History, the Randal Tyson Sports Complex, and the Harvey and Bernice Jones Center for Families. The latter was established in 1995 and welcomes everyone to use its Olympic-sized swimming pool, several sports arenas, and meeting rooms free of charge. Arts and crafts fairs at nearby War Eagle attract more than 100,000 visitors to the area each year.

Rabbit Foot Lodge, built in 1908 in the Adirondack-style architecture, is now part of the J. B. Hunt Park. The House at 712 North Mills Street is an excellently preserved example of the Craftsman style of architecture and dates back to 1914. The Beely-Johnson Post 139 American Legion Hut, named to honor the city’s first casualties in World War I and World War II, serves as a popular building for a variety of social gatherings and civic meetings in the Shiloh Historic District. All three are listed on the National Register of Historic Places. Springdale also features the Price Produce and Filling Station, an Art Deco–style building erected in 1934, post office art from the 1930s, and the Springdale Poultry Industry Historic District.

Notable Figures
The Cate Brothers, identical twin musicians, grew up in Springdale. Dusty Richards, an author of Western novels, also mentored new writers. Wilson Whitaker Kimbrough Jr. is considered the father of police and criminal psychology in Arkansas. Gospel songwriter Albert E. Brumley established the Sundown to Sunup Gospel Sing, a festival that took place in Springdale from 1969 to 2002 before moving out of town and then out of state. Republican Carolyn Pollan, who served twenty-four years in the Arkansas House of Representatives, attended high school in Springdale. 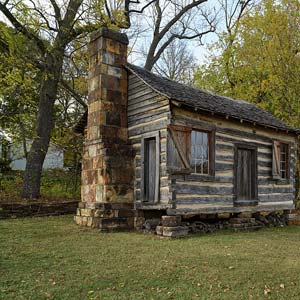