The U.S. Marshals Service (USMS) is the oldest federal law enforcement agency in the nation. Divided into ninety-four districts, the agency’s structure aligns with that of the United States district courts. Arkansas has two districts—the Western District headquartered in Fort Smith (Sebastian County) and the Eastern District headquartered in Little Rock (Pulaski County). During the nineteenth century, fugitives often fled to Indian Territory (present-day Oklahoma) in an effort to escape prosecution. Apprehending these criminals was a dangerous assignment for the U.S. deputy marshals—consequently, there are more deputy and special deputy marshals buried in the Fort Smith region than anywhere else in the nation.

On September 24, 1789, George Washington signed Senate Bill 1, which included the Judiciary Act, of which Sections 27 and 28 established the USMS. Over the next two days, he appointed the first thirteen U.S. marshals, many of whom were friends and colleagues from the military. From the beginning, U.S. marshals were responsible for the enforcement of federal law and protection of the judiciary. These duties included protecting judges, witnesses, and court proceedings; supervising executions; conducting the U.S. Census (until 1870); serving warrants; and arresting those who violated federal laws.

Each district is led by a U.S. marshal who serves at the pleasure of the president. In the early days, U.S. marshals had the responsibility of hiring their own deputies. It was common for the marshal to hire them only as needed, as he was responsible for paying their salary. Today, deputy marshals are civil servants who remain in their position regardless of presidential administrations. The U.S. Marshals Service is headed by a director who is also a presidential appointee. Currently, the USMS has additional offices in Puerto Rico, Guam, the Virgin Islands, and the Northern Mariana Islands. They work internationally, both training police forces and tracking fugitives.

Between 1871 and 1874, two U.S. marshals (in western Arkansas) were removed for being ineffective. Isaac Parker, known as the “Hanging Judge,” was appointed federal judge for the Western District of Arkansas in May 1875, and he almost immediately appointed 200 deputies in an effort to get a handle on the crime and violence that plagued the area. During his tenure, more than sixty-five deputies died in the line of duty. Famous outlaws and criminals sentenced by Judge Parker include the Cook Gang, Cherokee Bill, and Belle Starr. Some of the most well-known deputy marshals served in the Western District of Arkansas—Bass Reeves, Heck Thomas, Zeke Proctor, Frank Dalton, and Addison Beck, to name a few.

During the 1950s and 1960s, the U.S. Marshals Service was heavily involved in the integration of schools across the nation. The quick escalation of the crisis surrounding the desegregation of Central High School in Little Rock prevented their involvement in that instance. In 1958, U.S. Marshal Richard Beal Kidd meticulously organized and readied his men to take over for the 101st Airborne. He hired more than 100 special deputies, drew up a work plan, and outfitted his men to protect the African-American students, but the schools were closed for the 1958–59 school year, rendering USMS involvement unnecessary. However, Little Rock laid the groundwork for how the federal government handled the integration of the University of Mississippi, where 123 deputy marshals and an additional 413 border patrol and prison guards were deputized to meet angry mobs armed with bricks, rocks, and other weapons. President Dwight D. Eisenhower and his successors turned to the U.S. Marshals Service first for enforcement of federal court orders. The USMS “personified the principle of civilian control,” according to Frederick S. Calhoun.

The USMS works closely with area law enforcement agencies, including local police and sheriff’s departments. Because of their ability to deputize other police officers, the USMS established task forces around the nation to combat the growing number of sexual predators. The passage of the Adam Walsh Act in 2006 made failure to register as a sex offender a federal offense and gave the USMS the authority to enforce the law. Arkansas has several USMS-led task forces dedicated to finding these fugitives.

On the 225th anniversary of the U.S. Marshals Service on September 24, 2014, ground was broken at a ceremony in Fort Smith for the United States Marshals Museum; the museum is scheduled for completion in 2019. 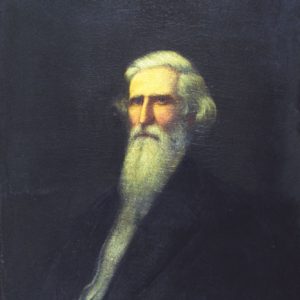 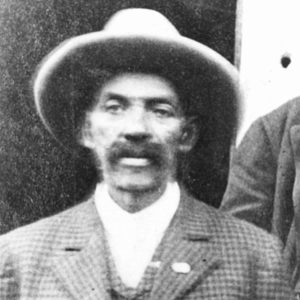