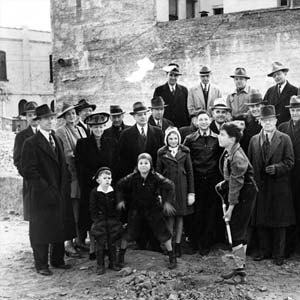 Mabelvale is a neighborhood in the southern part of Little Rock (Pulaski County). Beginning as a nineteenth-century railroad town, the community gradually grew along with Little Rock. It was annexed in the 1970s after considering incorporation as an independent city in the 1960s. Mabelvale is located in the transportation corridor that today includes the Union Pacific Railroad and Interstate 30. Shortly after the establishment of Little Rock as the territorial capital, farmers and investors began purchasing land in the Mabelvale area. Purchasers included Allen Martin, Thomas Blair, and future governor James Sevier Conway. The military road known as the Southwest Trail improved transportation through the area in the 1830s. Surveyors for the Cairo and Fulton Railroad assessed the trail in …

The town of Maberry in Woodruff County was founded around 1842 by early settlers George and Elizabeth Maberry and by Richard and Rachel Jones, who settled in the area before surveys were completed and bought land when land sales began. The town, located six miles west of Cotton Plant (Woodruff County), stood along the banks of the Cache River in a grove of century-old walnut and oak trees and was the center of many social events. George Maberry established a boat landing and conducted a trade up and down the river. The town began to grow rapidly soon after it was founded. It had a post office, sawmill, cotton gin, and a still. It also had a furnishing store, planning mill, and … The MacArthur Museum of Arkansas Military History opened on May 19, 2001, in the Little Rock Arsenal building, located in MacArthur Park in Little Rock (Pulaski County). It contains an eclectic mix of exhibits, mostly relating to the role of Arkansas and Arkansans in various wars of the nineteenth and twentieth centuries. The Little Rock Arsenal building was erected in 1840 and was once part of a major military installation just south of downtown Little Rock. Although accounts vary, many biographers of General Douglas MacArthur say that he was born in this building on January 26, 1880. (Others say he was born in one of the nearby dwellings called Officers’ Row, which is no longer standing.) The property was given …

The thirty-six-acre MacArthur Park is the oldest municipal park in Little Rock (Pulaski County). Located at 9th Street and McAlmont Street across the street from the St. Edward Catholic Church and just west of Interstate 30, it includes the Arkansas Museum of Fine Arts and the MacArthur Museum of Arkansas Military History. The park and its surrounding area have been designated the MacArthur Park Historic District. In many ways, the park preserves the history of the city of Little Rock and the state of Arkansas, as well as providing recreational opportunities for citizens of Little Rock and visitors to the city. The first known use of the land that would become MacArthur Park was as a horse racetrack in the 1830s. In …

The MacArthur Park Historic District contains one of the oldest neighborhoods in Little Rock (Pulaski County). Centered on MacArthur Park, the district contains approximately fifty blocks. The district is bounded by East Capitol Avenue, South Scott Street, East 15th Street, and Interstate 30. Numerous properties within the district are listed on the National Register of Historic Places. The district contains properties in the Greek Revival, Gothic Revival, Italianate, Second Empire, Colonial Revival, and Craftsman styles, among others. The area in the district was first settled in the 1830s with construction of the Tower Building of the Little Rock Arsenal beginning in 1838. Located on the edge of the city, the arsenal was constructed on the former site of a horse … Madison, named for President James Madison, is located on the western bank of the St. Francis River at the foot of Crowley’s Ridge in eastern Arkansas. Reconstructing the history of Madison is difficult because multiple floods and fires destroyed local records of this once bustling river town. Madison, which was mostly an agricultural community by the twentieth century, was home to the first African-American millionaire in Arkansas, Scott Bond. Louisiana Purchase through Early Statehood In the early 1800s, Madison was a busy shipping point for steamboats and ferries. It flourished because of its location on the St. Francis River, which at the time was large enough to accommodate riverboats. Some of the larger steamboats had ballrooms and orchestras, and when …

Madison County is a beautiful and still largely unspoiled part of the Ozarks. Forests mostly of hardwood trees cover about two-thirds of the county. Rolling hills overlook clear rivers, and open fields and valleys make up the rest of the terrain. Madison County was home to two Arkansas governors: Issac Murphy and Orval E. Faubus. Pre-European Exploration Archaeologists have found evidence of human habitation in Madison County spanning the last 10,000 years. Mark R. Harrington, who did research in the area in the 1920s, wrote of “Ozark Bluff Dwellers,” but more recent research has reshaped historians’ views of these cultures. Early inhabitants lived along river and creek bottoms, in upland sites overlooking hollows, and in temporary shelters. Some of the …

The city of Magazine is named for the tallest mountain of Arkansas, Mount Magazine, as it is located about seven miles west of that peak, at the intersection of State Highways 10 and 109. Established shortly after the end of the Civil War, Magazine was once a significant stop on the Rock Island Railroad and continues to flourish in the twenty-first century. Eli D. Hooper, a merchant from Illinois, moved to Arkansas in 1867 and chose the site of the present-day city of Magazine to establish a store around 1870. By 1883, the Arkansas Gazette was describing Magazine as a city of 200 residents with five successful stores and a Methodist Episcopal church then under construction. The newspaper correspondent noted that the …

The community of Magness is located on Highway 69 roughly between Batesville (Independence County) and Newport (Jackson County). Magness started out around 1882 as a depot for the St. Louis, Iron Mountain and Southern Railroad (a.k.a. Iron Mountain). A community emerged along the tracks by the depot, and the citizens decided to name it Magness in honor of Colonel Morgan Magness and his son, William Denton Magness, early settlers to the area who were instrumental in securing the right-of-way for the railroad. Colonel Morgan Magness and his family lived on Miller’s Creek northwest of Batesville, having moved from Tennessee in 1812, the year the Missouri Territory (of which present-day Arkansas was a part) was carved out of the Louisiana Territory. …

Located on Arkansas Highway 51 approximately twelve miles southeast of Hot Springs (Garland County), Magnet Cove of Hot Spring County has been a mecca for mineralogists, geologists, and rock hounds. Until recently, the available data indicated that there were more distinct minerals found in the five-square-mile radius of the cove than were found anywhere else on the planet; a small location in Russia is now believed to be comparable to Magnet Cove’s mineral deposits, many of which are microscopic. General features and the external appearance suggest that “the cove” is an ancient volcanic crater. However, the current general consensus of opinion is that it was formed of intrusive (below the ground) igneous rock. Minerals formed in thin veins as a …

Magnolia is the county seat of Columbia County and home of Southern Arkansas University (SAU). It is also an important industrial center in southern Arkansas as a locus of the oil and bromine industries. Early Statehood through the Civil War In March 1853, after Columbia County was created, the first county court met at a store in a low, swampy place called Frog Level. Three commissioners were appointed to locate the geographical center of the county for purposes of establishing a county seat. However, the geographical center ended up being in the bottoms of Big Creek, even lower than Frog Level, and so the site for the county seat was moved one mile to the east. On June 21, 1853, …

The historic community referred to as Maguiretown or Maguire’s Store was established in the 1840s and existed until the early twentieth century near present-day Elkins (Washington County). In 1836, Owen Maguire purchased land in Richland Township at the site of a ford crossing the White River. Prior to 1840, he built a one and a half–story single-pen log house fronting on the Huntsville Road. The general store, a log school that doubled as a church, and the blacksmith shop he established at this site were referred to as Maguire’s Store. Thomas Towler manufactured plug tobacco here in the 1840s and 1850s. After Maguire’s death in 1846, his sons, Green and Hosea, were proprietors of the store. On October 8, 1853, … 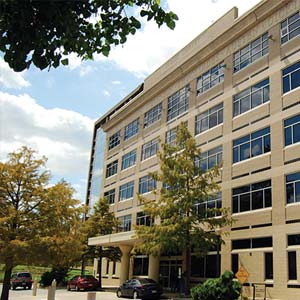