Established in the 1870s as a railway station, Malvern benefited greatly when it became the seat of Hot Spring County just a few years following the city’s incorporation. A diversity of agricultural and mineral resources in the region provided the foundation for Malvern’s long-term economic development, with brick production eventually playing a truly significant role. As a result of that critical industry, the city has come to be known as the “Brick Capital of the World.”

Reconstruction through the Gilded Age
The Cairo and Fulton Railroad line established Malvern as a station in 1873. Tradition holds that the hilly terrain reminded one railway official of his native Virginia near Malvern Hill, and at his urging, the company gave the name to the new town. Residents of the young community attempted to incorporate in January 1875, but that effort failed, as did a second one in October. The following year, however, the county court issued a decree of incorporation, and the City of Malvern came into existence on July 22, 1876. Samuel Henry Emerson, former resident of nearby Rockport (Hot Spring County) and owner of the first dry goods store in Malvern, was elected mayor.

Rockport, located at the head of navigation for the Ouachita River and at the river crossing for the Military Road, had long been the economic center of the region and, at the time of Malvern’s incorporation, served as the Hot Spring County seat. However, the railroad spurred rapid growth in Malvern, and the city soon moved to become the seat of government. The initial vote in February 1877 proved unsuccessful, but another election took place in July 1878. At that time, a majority of 176 voters cast their ballots in favor of the change. On October 15, County Judge William T. Morehead ordered the county seat removed from Rockport. As a result, Malvern gained political and financial prominence in the area. The first county courthouse was built in 1888, but a new one was constructed 1936.

With railroad access to national markets, Malvern benefited as the region developed. From early on, agricultural and forest products provided the foundation for economic activity in and around the city. In 1889, the Bank of Malvern was chartered, consequently furthering financial activity in Hot Spring County.

Malvern’s premier product proved to be brick. Abundant clay deposits in the area, especially in nearby Perla (Hot Spring County), made the location ideal for production of brick. Among the earliest plants was the Atchison Brick Company, which began operation early in the 1890s. The company quickly found a strong market for its product. When fires in 1896 and 1897 destroyed virtually all of downtown Malvern, the city took advantage of the opportunity to rebuild the business district with all-brick structures.

In 1907, the Clem family started the Clem Bottling Works, which produced and bottled soda until 1972.

Early Twentieth Century
As the twentieth century began, the city enjoyed a unique opportunity when Harvey Couch established electrical service to Malvern and Arkadelphia (Clark County) in 1914 with what proved to be the forerunner of the Arkansas Power and Light Company (AP&L).

In 1917, Arkansas Brick and Tile Company (ABT) gained control of the Atchison facilities. Another early producer was C. A. Bryan and Son, but following a fire at its plant, the company sold out to Malvern Brick and Tile Company in 1924. Arthur B. Cook of Malvern was president of the company until his death in 1934. A few years after that, his daughter Verna (later Verna Garvan) took over corporate management. Long familiar with brick production, she proposed producing colors other than the traditional red and buff. First, the company offered white bricks and then added other hues in its Color Card line.

Acme Brick Company, headquartered in Fort Worth, Texas, purchased 120 acres in Perla in 1919 and, two years later, shipped the first products from Perla Plant Number 1. Five years later, Acme took over the ABT operations, thereby gaining a second factory in Perla and beginning production in Malvern as well. The 1930s and 1940s saw limited growth in the field, but in the decades following the war, Acme enjoyed strong growth.

In 1922, an African-American man named John Harris was lynched by a masked mob for allegedly harassing white women.

World War II through the Faubus Era
Like in much of the state, Malvern witnessed significant activity during the 1940s because of production associated with the war effort. Barium, which is used in drilling for petroleum, was mined extensively in Magnet Cove (Hot Spring County). Demand for aluminum led the national government to construct a massive reduction factory at Jones Mill (Hot Spring County) and to build the Lake Catherine Steam Generating Plant to meet the resulting need for electrical power. Those projects marked the largest single federal expenditure in Arkansas during the war. The Reynolds Metals Company purchased the Jones Mill facility in 1946 and operated it until the 1970s. Reynolds also built a continuous rolling plant in Hot Spring County that is now owned by Alcoa. The war industries, Reynolds’s presence, and the early years of the post-war baby boom stimulated growth in Malvern, with the city’s population increasing by about thirty-five percent during the 1940s.

Malvern continued to operate a segregated school system into the 1960s, although the facilities were upgraded somewhat in 1952. That year, the school district opened A. A. Wilson High School for African-American students, and the old black high school became the Malvern Colored Elementary School, which was renamed Tuggle Elementary School in 1960. Hot Spring County desegregated its schools in the mid-1960s.

Modern Era
In recent years, Malvern’s economy has been stimulated by the creation of Ouachita Technical College (OTC)—now College of the Ouachitas—in 1991 and the opening of the Ouachita River Unit of the Arkansas Department of Corrections in 2003. The City of Malvern also hopes to stimulate tourism in the area by developing a whitewater park on the river, which attracts paddlers from throughout Arkansas and the surrounding states.

Verna Garvan continued as chief executive officer of A. B. Cook Industries until retiring in the 1970s. A long-time horticulturist, she developed a 210-acre estate on Lake Hamilton (Garland County) that, upon her death, she bequeathed to the Department of Landscape Architecture of the University of Arkansas (UA) in Fayetteville (Washington County). Since then, Garvan Woodland Gardens has become a widely renowned botanical garden.

Acme Brick Company, the largest producer of brick in the United States, continues to operate in Malvern and Perla, and the industry remains a significant one for the city. In 1967, the company constructed a fully automated plant in Perla. Acme closed its old plant in Malvern in 1980 and opened a totally new operation in the city, which it named the Ouachita Plant. That year, the city proclaimed itself the “Brick Capital of the World,” and each year it holds a community festival the third weekend in June to celebrate the brick and its importance to Malvern.

Famous Residents
In addition to Garvan, several other well-known individuals have a connection to Malvern. John Little McClellan, who served longer in the U.S. Senate than any other Arkansan (1942–1977), moved to the city in 1919 and began his political career as city attorney in 1920. Philanthropist Stella Boyle Smith was from Malvern, as was singer-songwriter Blaze Foley. The community has always had an interest in youth sports, and several local people had distinguished athletic careers. Among them were baseball player Reggie Ritter and football players Vincent Bradford, Isaac Davis, Madre Hill, Gerald Skinner, and Keith Traylor. Sportswriter Orville Henry lived in Malvern following his retirement. Actor and director Frank Bonner is a former Malvernite, and motion picture actor Rick Dial lived there. Perhaps the best-known celebrity the city claims is Academy Award–winning screenwriter, actor, and musician Billy Bob Thornton, who graduated from Malvern High School, as did screenwriter, novelist, and producer Tom Epperson, a lifelong friend and collaborator with Thornton. Actress Fran Bennett was born in Malvern, as was Natalie Smith Henry, a reputed muralist who was later one of the artists selected to paint post office art during the Great Depression.

Mance, Ajuan. Proud Legacy: The “Colored” Schools of Malvern, Arkansas, and the Community That Made Them. Malvern, AR: Henson Benson Foundation, 2012. 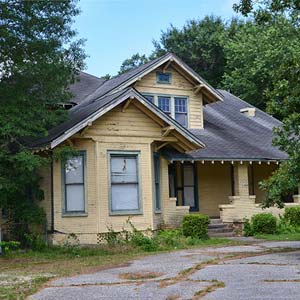 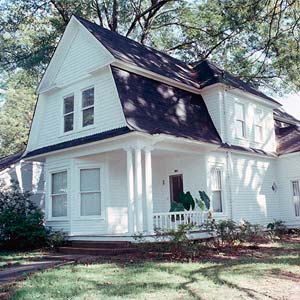