Rosston is a town in Nevada County at the intersection of U.S. Highways 278 and 371. It was the first county seat of Nevada County.

Before the Louisiana Purchase of 1803, southwestern Arkansas was home to several communities of Caddo. Even after the United States acquired the land, organized the Arkansas Territory, and then granted statehood to Arkansas, settlement in the area was slow to develop. The first white landowners to settle the location that would become the town of Rosston were Josiah Jones in 1857, Thomas Abbot in 1859, and James Plunkett in 1860. The first settlers organized a church after their arrival, naming it Carolina Methodist Church because many of them had come to Arkansas from North or South Carolina. Until after the Civil War, the congregation met in houses or outdoors. The first church building was constructed in 1871 and is now on the National Register of Historic Places. The building includes a balcony once reserved for African-American worshipers, which had a single bench and ample standing room.

The area saw little military action during the Civil War, although forces involved in the Camden Expedition did pass through the general vicinity. After the war, the Arkansas General Assembly created Nevada County out of portions of Columbia, Hempstead, and Ouachita counties. A commission appointed by acting governor Ozro Hadley selected Rosston as the county seat of Nevada County. The origin of the name Rosston is uncertain. The first post office was established at Rosston in 1872, but the name was changed to Bourland’s Store in 1877. The name was changed back to Rosston in 1886.

Future governor Thomas McRae established his first law office in Rosston in about 1873, but when the county seat was moved to Prescott in 1877, McRae also moved his office to Prescott. The community continued to exist, neither thriving nor vanishing.

In 1936, the Oak Grove School (Nevada County District No. 4) was established east of Rosston. This school was one of the earliest African-American consolidated school districts in Arkansas, and, with 1,500 students, it was also the largest. L. W. Johnson, the school superintendent, was the first black school superintendent in Arkansas. Desegregation of the schools in Arkansas in the 1960s brought black students into the formerly all-white school in Rosston; in 1988, the school district was consolidated into the Nevada County School District, which continued to use buildings in Rosston as the district’s high school.

In 1970, the town of Rosston incorporated, making federal and state matching funds available for community services. A fire station was constructed and a volunteer fire department established. Since incorporation, the population of Rosston has remained a bit higher than 250 citizens.

A tornado on March 11, 1979, damaged several houses in the Rosston area, but no fatalities were reported.

The Rosston area has two properties on the National Register of Historic Places. One is the Carolina Methodist Church, and the other is a portion of the road that once ran between Camden (Ouachita County) and Washington (Hempstead County). Roughly two-thirds of the population of Rosston is African American, although Nevada County as a whole is only thirty percent African American. There is one convenience store in Rosston, and two others are located on highways near Rosston. 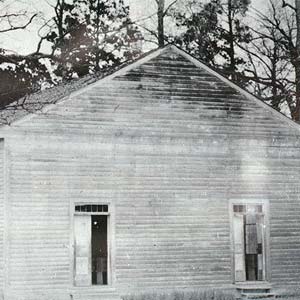