Mountain Home, a small town whose origins date back to the early nineteenth century, is located in north-central Arkansas on a plateau in the Ozark Mountains. The natural beauty of nearby Norfork and Bull Shoals lakes and the surrounding countryside has attracted tourists from around the country for many years. In addition, educational institutions have always played a prominent role in the life of the community.

Louisiana Purchase through Early Statehood
The town was originally known as Rapp’s Barren or Talbert’s Barren, apparently named in honor of the first permanent white settler, Henry Rapp, who settled in the region around 1810. The word “barren” referred to the open prairie land, which had few trees and was thought to be infertile. Eventually, the name was dropped as it was thought that the term “barren” was not appropriate for such a beautiful area. The new post office established in 1857 went by the name Mountain Home. Legend has it that the name originated from slaves who referred to their plantation, which was cooled by the mountain breezes, as “My Sweet Mountain Home.”

The most important early settlers of Mountain Home were Orrin Dodd, sometimes referred to as the “father of Mountain Home,” and Professor John S. Howard, a minister and schoolmaster. Both men migrated to Mountain Home in the 1850s. Dodd owned a plantation and about thirty slaves. Some speculate he may have been a slave trader. Easily the richest man in Mountain Home, he owned a thirty-room mansion that sat atop what came to be known as Dodd Hill, overlooking the town. Shortly after Dodd’s arrival, Professor Howard and his family arrived. These two men founded the Male and Female Academy. Built on land donated by Dodd, the academy was formally opened in the late 1850s with Howard as schoolmaster. It quickly became the centerpiece of Mountain Home, and the town essentially grew up around it. The academy attracted students throughout the surrounding area, including southern Missouri. With only twenty-five public schools in the entire state at this time, the academy, under the guidance of Howard, provided an outstanding education for its time.

Civil War through Reconstruction
With the outbreak of the Civil War, the academy was forced to close due to a lack of students. While no major battles were fought in the vicinity of Mountain Home, hostilities in this part of the state degenerated into a vicious guerrilla war in which both sides committed atrocities. However, the main purpose of these jayhawkers and bushwhackers was to prey upon the defenseless civilian population. In 1862, a skirmish took place when a Union major ordered his troops into Mountain Home. In April 1864, Mountain Home became a part of a conflict when it was sacked by jayhawkers led by the infamous Edward Cockrum, and the Male and Female Academy burned to the ground.

The town recovered quickly after the war, the academy was rebuilt, and new businesses were established. At this point, the townspeople petitioned the state to incorporate Mountain Home as a legal city. The petition was granted, and Mountain Home was officially incorporated in 1888. The town, due to its strong tradition of education, was already recognized as the county seat of Baxter County, which had been established in 1873.

The Gilded Age through the Early Twentieth Century
In the late nineteenth century, a number of small Baptist colleges were established throughout Arkansas. Among these was the Mountain Home Baptist College, sometimes called the “Gem of the Ozarks.” Under the sponsorship of the White River Baptist Association, the college aimed to provide a “healthful and Christian” education. Land and buildings were donated by local residents, and the school was opened in 1893. During the forty years of its existence, the college offered a variety of courses including history, French, Greek, and vocational classes such as shorthand and typing. However, its main focus was on teacher training, particularly after the Arkansas General Assembly passed a teacher certification act in 1893. Funding collapsed during the Depression, and the college finally closed in 1933.

The Baxter Bulletin was established in 1901 and continues to serve the community.

The Great Depression had a devastating impact on the local community. In addition to the harsh economic conditions, the area suffered one of the worst droughts in its history in 1930 and again the following year. Many lost their farms and moved to other areas in search of jobs. Hobos hitching a ride along the local railroad in search of work became a common sight. Federal intervention in the form of Franklin Roosevelt’s New Deal launched a number of programs that marked the first encounter many had with the national government. In particular, the Federal Emergency Relief Agency (FERA) and the Civilian Conservation Corps (CCC) saved many from starvation. One of the most important New Deal programs for Mountain Home was the Works Progress Administration (WPA). The WPA helped alleviate much of the unemployment in the area and contributed to its future growth. Local WPA projects included the Henderson Bridge over the North Fork River, the local Highway 5 Bridge at Norfork, and the current courthouse in Mountain Home, which is now listed on the National Register of Historic Places.

World War II through the Modern Era
The fortunes of Mountain Home and the surrounding area dramatically changed in the 1940s and early 1950s with the building of the Norfork and Bull Shoals dams. These dams were part of a federal project to dam the White River Basin to provide flood control and hydroelectric power. The project, a smaller version of the Tennessee Valley Authority, was also intended to stimulate commerce and industry throughout the entire region. Norfork Dam was completed in 1944 and Bull Shoals, one of the largest dams in the nation, in 1951. Both were dedicated on July 2, 1952, with President Harry Truman as the keynote speaker of the event.

The construction of the dams was the most important event in the history of Mountain Home. The town was ideally situated about midway between the two projects. Formerly an isolated rural community with few businesses or paved streets and fewer employment opportunities, Mountain Home suddenly became a boomtown with workers attracted by high-paying government jobs moving into the area. New businesses were established and houses built, while farms in the county that had been abandoned during the Depression were reoccupied, safe from the threat of future flooding.

Over the long term, the dams and the formation of Bull Shoals and Norfork lakes transformed the area into a tourist and recreational region. In particular, the building of one of the largest fish hatcheries in the world at the base of Norfork Dam in 1957 has produced millions of trout, attracting countless fishermen. The area soon became known as the trout capital of the world. Many people, especially from the North, vacationed in the area, taking advantage of the excellent fishing, hiking, water sports, and beautiful scenery of the Ozarks which, before the dams, few people knew about. As the largest community in the county, Mountain Home became the main beneficiary and soon became a vacation resort.

Beginning in the 1950s and continuing into the 1960s, Mountain Home found a new role as a retirement community. Tourists were attracted by the beautiful scenery, clean air, low cost of housing, and relaxed pace of life. As of 2007, approximately one-third of the residents are retirees who have come from all parts of the country, giving the town a more diversified and elderly population than surrounding towns, although Mountain Home lacks any racial diversity (ninety-seven percent white as of the 2016 census) and has been dubbed a “sundown town.” Though a small community and difficult to reach due to a lack of interstate and rail service, Mountain Home has gained national attention as a top retirement destination.

The two institutions that dominate Mountain Home today are the Baxter Regional Medical Center, founded in 1963, and the branch campus of Arkansas State University, originally established in 1995. With so many retirees living in Mountain Home, the establishment of the medical center was critical. With around 100 physicians and 1,000 employees, it offers a wide array of healthcare options. The current campus of Arkansas State University–Mountain Home, modeled after the University of Virginia, was officially opened in 2000. In 2016, there were approximately 1,500 students attending.

In the 1990s, a local senior citizen named Nellie Mitchell sued Globe International Publishing for running a false, libelous article with her photograph. She won and was awarded $1.5 million in compensatory and punitive damages. 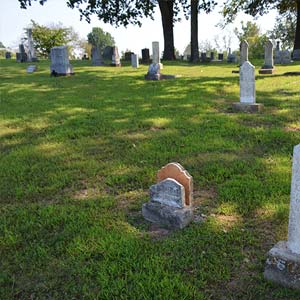