Saline County is one of the state’s oldest counties, having been formed in 1835 when Arkansas was still a territory. Named for the salt works that were established in the area during the county’s early years, it was a key county in the mid-twentieth century and served as a center of activity for workers from the Aluminum Company of America (Alcoa) and Reynolds mining operations. At one time, the mines produced more than ninety percent of all aluminum ore produced in the United States. Saline County contains a diverse geography, ranging from the mountainous areas of the northwest to the flatter plain areas of the southeast. The Saline River runs roughly north to south; its tributaries are in the hills of the northern part of the county. The Geographic Center of Arkansas marker is located in the county.

European Exploration and Settlement through Early Statehood
Spanish explorer Hernando de Soto visited the area in 1541. When de Soto journeyed down the North Fork of the Saline River to present-day Benton, he found the area heavily populated with Native Americans.

White settlers entered the area twenty years before the county’s creation, when William Lockhart (sometimes spelled Lockert) and his family arrived in 1815 from North Carolina. The area was still part of Missouri Territory, which had been created from Louisiana Territory in 1812. The Lockharts settled on the banks of the Saline, where the Southwest Trail crossed the river four miles below the present location of Benton. Near their settlement in the river bottoms were buffalo and other wild game. The Lockharts were the only white settlers until 1817, and the population remained small in the early years.

Allen M. Oakley established a salt works in 1827, followed by William E. Woodruff’s competing operation. The salt from these works supplied almost much of the salt used in Arkansas Territory, and some was exported to other states. In addition to these early examples of commerce, a water mill was erected on the Saline River northwest of Benton in 1825. It ground settlers’ corn, which beforehand had been ground by hand or taken to Little Rock (Pulaski County).

Other small communities—such as Collegeville, Lindsey, and Kentucky—began to form with the influx of settlers. These areas were settled with groups of families that had traveled to the area together.

In 1831, Lockhart was granted the exclusive rights to build and operate a toll bridge over the Saline, although those who wanted to ford the river could still do so free of charge. The same year, the first post office was established at Saline Crossing with Lockhart as postmaster.

Benton, named after U.S. Senator Thomas Hart Benton of Missouri, was established in 1833 and named the county seat because of its central location on the Southwest Trail and heavier population.

Saline County was formed on November 2, 1835, as Arkansas’s thirty-fourth county from part of the western edge of Pulaski County. At the time, it included a large portion of what would become Grant, Perry, and Garland counties. It was named for the Saline River, which has its source in the multiple tributaries in the upland areas of the county.

With a growing population in the county, schools were established. By 1850, there were twenty schools, supported by tuition; approximately 500 students were enrolled. A countywide public school system was established in 1872, with each of the fifteen townships having a free public school.

Numerous homes dating to before the Civil War still stand in the county in the twenty-first century. These include the Rowland-Lenz House constructed in 1838 and the 1857 Barron-Craig House.

One recorded lynching occurred in the county. An enslaved man known simply as Toll died in 1854 at the hands of a lynch mob after being accused of killing two white men.

Civil War through Reconstruction
Like other areas of Arkansas and the South, Saline County had an enslaved population at the outbreak of the Civil War in 1861. The 1860 federal census indicates that there were 749 slaves in the county at that time, representing eleven percent of the county’s population. These slaves were owned by 156 individual slave owners. Throughout the war, about 1,300 white Saline County men served the Confederate cause. Several companies organized in the county served in the Eleventh Arkansas Infantry. Of the seventeen companies of soldiers raised in the county, two of them served with the Union, although there is no single predominant source for that Union sentiment. It evolved from a variety of sources, including pacifist leanings, religious feelings, and cultural backgrounds.

While the county saw no full-scale battles, there were several skirmishes near Benton in 1863 and 1864. These skirmishes took place on December 1, 1863, July 6, 1864, July 25, 1864, and August 18, 1864. The skirmish that took place on July 25, 1864, led to the death of Arkansas militia brigadier general George Holt at the hands of Union private George Washington Lucas. Lucas received the Medal of Honor for his actions. Another skirmish took place at Hurricane Creek in October 1864. During the occupation of Benton by Union forces in 1863, Fort Bussey was used to house and garrison the Union soldiers. The officers quartered themselves in the John F. Shoppach House, which is the oldest standing building in Benton; it was built in 1852.

After the war, the railroad played a major role in the county’s recovery by bringing development. In the early 1870s, the St. Louis and Iron Mountain Railroad reached Bryant. Commerce and development followed where the rails were laid, and businesses developed along the right of way. Traskwood also saw rapid development with the arrival of the St. Louis and Iron Mountain in 1876. The Chicago, Rock Island, and Pacific Railroad would enter the county in the early 1900s, providing the county with a second rail service.

Post Reconstruction through the Early Twentieth Century
The county had small pottery works by the late 1800s, but this changed when John F. Hyten established the Hyten Pottery Works. His son and successor, Charles D. “Bullet” Hyten, renamed the company Eagle Pottery. Its pottery became renowned throughout the world. By the early 1900s, Charles Hyten was experimenting with a new pottery method that mixed colors of clay randomly on the potter’s wheel. This unique style became known as Niloak, which was “kaolin” spelled backward (kaolin was the form of clay used in the process). This form of pottery came to be known as “mission swirl” and reflects the Arts and Crafts movement. Niloak pottery production continued into the 1930s, and the pottery became highly collectible. The company transitioned from Niloak production to a more utilitarian glazed castware in the 1930s to the 1950s and was reorganized as the Winburn Tile Company.

Construction of the landmark Saline County Courthouse began in 1901 with the laying of the cornerstone by Dr. Dewell Gann Sr., a popular Benton physician and master of the Benton Masonic Lodge No. 34. The structure was completed in 1902 and has been in continuous use ever since. It is the third courthouse to have been used by the county. It was placed on the National Register of Historic Places in 1976 because of its unique architectural design and historic significance. Gann’s home, the Gann House, is among the oldest buildings still standing in Saline County, and his former office is preserved as the Gann Museum; both structures are listed on the National Register.

The discovery of bauxite ore near Hurricane Creek in Saline County in 1887 by the state geologist, John C. Branner, changed the economic outlook for the county throughout the 1900s, moving it away from an agricultural economy toward an industrial one. In 1893, the Pittsburg Reduction Company (later known as Alcoa) established the company town of Bauxite in the bauxite mining area where thousands of workers from the area were employed.

World War II through the Modern Era
World War II created a demand for aluminum to feed the war effort, and two major firms, Alcoa and Reynolds Metals Company, built major mining operations in the county. Throughout the war, the mines were kept in constant operation. After the war, the plants were updated and expanded, raising the standard of living throughout Saline County. The ore deposits were eventually depleted, and mining ceased in 1990. The Reynolds plant was dismantled and the mining pits reclaimed. The Alcoa plant continues to process bauxite ore that is shipped into the county by rail.

Hot Springs Village, a gated community stretching across the Garland-Saline county line, was established in 1970 by John A. Cooper Sr., who had previously developed similar communities, such as Cherokee Village (Sharp and Fulton counties) and Bella Vista (Benton County). The town is known for its recreational facilities, especially its golf courses.

Since the 1950s, the population of the county has more than quadrupled as Saline County has become a bedroom community for neighboring Pulaski County. The town of Bryant has seen an explosive growth, being closer than Benton to Pulaski County, with its school enrollment now surpassing that of Benton.

An incident of racial violence occurred in Benton in 1969, leading to the death of Leonard Lee Williams.

Benton High School and Bryant High School began playing annual football games against one another in 1974. The game became known as the Salt Bowl and is now played at War Memorial Stadium in Little Rock.

Several films have been filmed completely or partly in the county. These include White Lightning, filmed in 1973, and Billy Bob Thornton’s Sling Blade.

On August 17, 1969, Leonard Lee Williams, a nineteen-year-old African American man, was killed at the Wagon Wheel Drive-In in Benton. The following day, a group of Black citizens marched to city hall to demand justice. Mounting tensions were eventually eased through an emergency meeting of the city’s newly formed biracial committee.

Educational services, retail trade, healthcare and social assistance, and manufacturing industries account for the largest share of employment in the county. In November 2014, voters approved the sale of alcohol in the formerly dry county.

Numerous sites in the county are listed on the National Register of Historic Places, including the Royal Theater, at one time owned by actor Jerry Van Dyke; the Dr. T. E. Buffington House; the Old Benton-Sardis Road Bridge; and the Benton Commercial Historic District. Lakes in the county include Lake Norrell, Hurricane Lake, and Lake Winona. 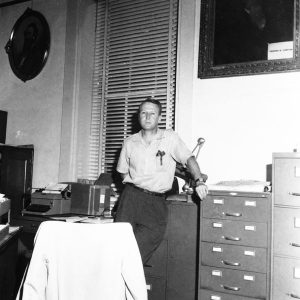 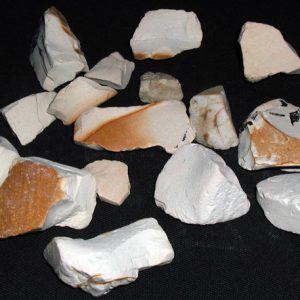