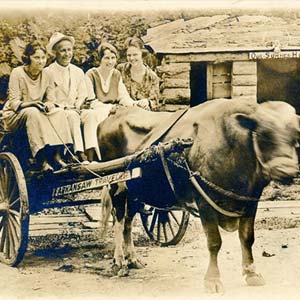 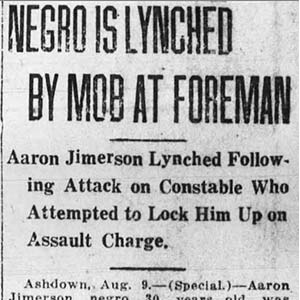 William Henry (W. H.) Abington, a physician and a Democratic politician, served as a state senator and a state representative in the Arkansas General Assembly from 1923 to 1951. From 1929 to 1931, he was speaker of the Arkansas House of Representatives. As a legislator, he supported medically oriented legislation and established the Junior Agricultural School of Central Arkansas (now Arkansas State University–Beebe) in 1927. W. H. Abington was born on January 2, 1870, in Collierville, Tennessee, to the farming family of William T. Abington and Mary Jane Plant Abington. He had an older sister and a younger brother. His family moved to White River (Prairie County) in 1870 but had relocated to Union (White County) by 1880.His brother, Eugene …

Act 112 of 1909 was a law designed to curb the practice of nightriding or whitecapping, terms that encompass a range of vigilante practices typically carried out for 1) the intimidation of agricultural or industrial workers, typically by poor whites against African Americans, with the hope of driving them from their place of employment and thus positioning themselves to take over those jobs, or 2) the intimidation of farmers or landowners with the aim of preventing them from selling their crops at a time when the price for such was particularly low, done with the hope of raising the price for these goods. As such acts of vigilantism began to threaten the profits of landowners and industrialists, nightriding was prosecuted …

aka: Toney Bill to Prevent Lynching

Act 258 of 1909 was a law intended to prevent citizens from engaging in lynching. It was not, strictly speaking, a piece of anti-lynching legislation, as it imposed no punishment for the crime of lynching. Instead, it aimed to expedite trials relating to particular crimes in order to render what would likely be a death penalty verdict to mollify the local population enough that they would not take the law into their own hands. Such a law as Act 258 is indicative of the connection between lynching and the modern death penalty observed by some scholars; as Michael J. Pfeifer noted in his 2011 book, The Roots of Rough Justice: Origins of American Lynching, legislators across the nation “reshaped the … 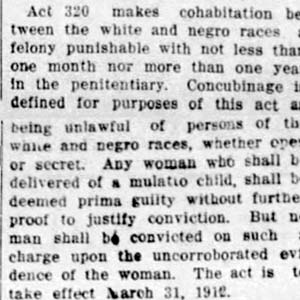 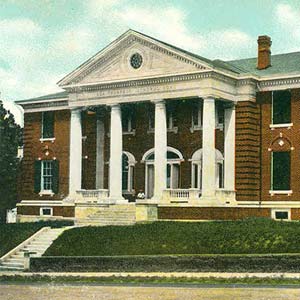 The experimental Agricultural Adjustment Act (AAA) was the cornerstone farm legislation of President Franklin D. Roosevelt’s New Deal agenda and was steered through the U.S. Senate by Joe T. Robinson, Arkansas’s senior senator. In Arkansas, farm landowners reaped subsidy benefits from the measure through decreased cotton production. Arkansas sharecroppers and tenant farmers did not fare as well, bringing about the establishment of the Southern Tenant Farmers’ Union (STFU). Upon taking office in 1933—during the fourth year of the Great Depression, on the heels of the Drought of 1930–1931, and amid the full force of the Dust Bowl—Roosevelt promised “a new deal for the American people” centered on “relief, recovery, and reform.” Counseled by advisors dubbed the “brain trust,” Roosevelt fashioned …

The Albert Pike Hotel in downtown Little Rock (Pulaski County) opened in 1929 and was one of the state’s best-known hotels for decades. In 1971, Little Rock’s Second Baptist Church bought the hotel for $740,000 and transformed it into a residence hotel. It was placed on the National Register of Historic Places in 1978. It remains a residential facility for individuals aged fifty-five and older. The block on which the hotel was built had once been occupied by a house constructed in 1827 for Robert Crittenden, the secretary of the Arkansas Territory. The Crittenden House was among the first brick residences built in Little Rock. Facing financial problems, Crittenden attempted to trade the house for ten sections of undeveloped land, …

The Alco School, located on State Highway 66 at Alco (Stone County), is a one-story, fieldstone-clad building constructed in 1938 by the National Youth Administration (NYA), a Depression-era federal relief agency. It was listed on the National Register of Historic Places on September 4, 1992. Alco is located about fourteen miles west of the county seat, Mountain View (Stone County). A post office was established at Alco in 1878, and the unincorporated community had sufficient population to support a school. While no information about previous school buildings is available, local residents were able to get a new building in 1938 through the NYA, which provided jobs for young people during the Depression. The Alco School was one of about a …

The Alderson-Coston House is a one-and-a-half-story Craftsman-style home located on Pine Bluff Street in Malvern (Hot Spring County). Constructed in 1923, the house was added to the National Register of Historic Places on May 26, 1995. The house is located in the Pine Bluff Street National Historic District, which was added to the National Register of Historic Places in 1999. James Alderson was a businessman in Hot Spring County in the early twentieth century. The owner of the Malvern Meteor newspaper, he later served as postmaster of Malvern from 1934 to 1954. He was married to Lethe Alderson, who was active in a number of community organizations and served on the board of the Hot Spring County Library. The Aldersons … The Allen Tire Company and Gas Station was a Craftsman-style, purpose-built gas station located in Prescott (Nevada County). Constructed in 1924, it was added to the National Register of Historic Places on May 25, 2001. The building burned around 2019 and no longer exists. The building was constructed by Henry Harrison Allen after his retirement from the lumber industry in 1924. Built on the corner of the same lot as his home, the station was located at 228 First Street Southwest. (First Street is also U.S. Highway 67.) The Allen family operated a combined gas station and tire company in the building, and for at least part of that period, the station sold Magnolia-brand gasoline. Allen operated the station until … Louis Allwhite, a white man, was lynched just outside of Newport (Jackson County) on December 31, 1904, for having allegedly participated, with his son, in the rape and murder of two women on Christmas Day. The incident is particularly indicative of the brazenness of lynch mobs and how their violence was abetted by local law enforcement officials, who typically ruled that the victim of a lynching died at the hands of people “unknown” even when the act was carried out in broad daylight. At the time of the murder, Louis Allwhite was forty-three years old and Newton Allwhite nineteen. In the 1900 census, the Allwhite family is recorded as living in Big Bottom Township of neighboring Independence County, the family …

John Parks Almand worked as an architect in Arkansas for fifty years, beginning in 1912. Ten of his commissions have been recognized for inclusion on the National Register of Historic Places, including Central High School, First Church of Christ Scientist, and First Presbyterian Church, all in Little Rock (Pulaski County). First United Methodist Church in Fordyce (Dallas County) is also included, as well as Couchwood, the country home of Arkansas Power & Light founder Harvey Couch, and the Medical Arts Building, both in Hot Springs (Garland County). John Almand was born on May 8, 1885, in Lithonia, Georgia. He was the third of eight children of Alexander J. and Clara Bond Almand. Almand attended Emory College in Georgia and graduated …

Benjamin Joseph Altheimer Sr. was a lawyer and philanthropist who was known as a “real trailblazer” in promoting agricultural research and education in Arkansas. He created the Ben J. Altheimer Foundation, which has provided funding for civic, legal, and agricultural endeavors. Ben J. Altheimer was born on September 30, 1877, in Pine Bluff (Jefferson County), the only son of Joseph and Matilda Josephat Altheimer. He had one sister. His parents were German–Jewish immigrants who were members of Pine Bluff’s Congregation Anshe Emeth. Joseph’s brother Louis had brought him to Pine Bluff, where he had established and operated a mercantile store. The two brothers became land developers and, together, founded the town of Altheimer (Jefferson County). Ben Altheimer was educated at …

Joshua Altheimer was one of the Delta’s most prolific blues pianists. Altheimer mastered the emerging boogie-woogie style of the 1930s as he accompanied some of the legendary blues musicians of his era. Joshua Altheimer was born on May 17, 1911, in Pine Bluff (Jefferson County) to Silas Altheimer and Verdis Pruitt Barnes Altheimer. He played his first years in Arkansas, performing during the late 1920s. It is not clear whether Altheimer knew blues legend “Big Bill” Broonzy during this period, who was from his home county and who was raised just a few miles from where he was born. By the 1930s, Altheimer had moved to Chicago, Illinois, and was playing with the likes of John Lee “Sonny Boy” Williamson, Washboard Sam, …

Amendments 19 and 20 to the Arkansas Constitution, which are commonly referred to as the Futrell Amendments, sharply restricted the ability of the legislature to levy taxes, spend the funds, and incur debt. Ratified in the general election in 1934, the amendments went beyond the laws of any other state in limiting the fiscal powers of the legislature and were supposed to guarantee austere and limited government for posterity. The restrictions on borrowing stated in Amendment 20, which required a statewide popular vote before the state could borrow money for public improvements, were loosened in 1986 by Amendment 65, after the Arkansas Supreme Court handed down a strict interpretation that seemed to outlaw what were known as “revenue bonds,” which the …

The American Legion Hut in Des Arc (Prairie County), located at 206 Erwin Street, is a Rustic-style structure erected in 1934 with assistance from the Civil Works Administration (CWA), a Depression-era federal relief program. It was listed on the National Register of Historic Places on June 9, 1995. Des Arc’s American Legion Post was named for two fallen soldiers during World War I: Edward Burson and Bedford B. Bethel of Des Arc. Burson, twenty-one, was killed in action in France on October 6, 1918, and Bethel, twenty-nine, died of pneumonia on October 30, 1918. As with several other American Legion posts around the state in the early 1930s, Burson-Bethel Post 119 decided to seek funding from the CWA to finance …