Fairfield Bay, located in north-central Arkansas on the north shore of Greers Ferry Lake, was created with the goal of becoming a recreational and retirement resort. Though small in terms of residential population, the number of people who visit each year through the town’s timeshare program is well over 20,000. As of the 2010 census, the combined population of its Van Buren County and Cleburne County portions is 2,338. Before the formation of Greers Ferry Lake in the mid-1960s, the hills of what is now Fairfield Bay were covered with large hardwood trees. Logging of these immense oak trees for lumber, railroad ties, and white oak barrel staves supported the thriving communities of Shirley (Van Buren County), Edgemont (Cleburne County), … Falcon is an unincorporated community in southern Nevada County. One of the oldest communities in the area, it reached its pinnacle even before the creation of Nevada County. Located about six miles south of Bodcaw (Nevada County), it is also twenty-three miles south of the county seat of Prescott (Nevada County) and sixteen miles southeast of Hope (Hempstead County). The community is centered on the intersection of Arkansas Highways 53 and 355 about one mile north of the Lafayette County line. Many settlers arrived in the area in the 1850s. Early landowners in the area included John Richardson, who received almost forty acres of land in 1850. Elijah Lewis, James Hardwick, and James H. Hardwick jointly received a land patent …

Fallsville is an unincorporated community in Boston Township in the southwestern corner of Newton County. The community was also historically called Loafer’s Glory, a nickname applied to several sites in the broader Appalachian region that were known for being places of meeting and informal discussion; in Arkansas, the community of Morning Star (Searcy County) has also sometimes been known as Loafer’s Glory. Population estimates from various gazetteers, business directories, and newspapers have ranged from ten to 100 at various points in the community’s history. The 1898–1899 R. L. Polk’s Arkansas State Gazetteer and Business Directory listed Fallsville’s population at fifty, with commercial enterprises and services including distillers, a druggist, general stores, two lawyers, a blacksmith, masons, a flour mill, a …

The Arkansas landscape is dotted with small towns that were at one time area commercial centers. Many, such as the Pope County town of Famous, have long since disappeared. Little remains of this once thriving unincorporated settlement, which was located approximately six miles west of Dover (Pope County) near present-day State Highway 333. By the 1920s, the name had been changed to Mooretown. John Thomas Moore moved his family to the area in the late 1800s, building the first house in what would eventually become Famous. He was also the first merchant, establishing the first general store. In time, the Moore family would dominate the commercial activity in the area. In 1897, a U.S. post office was established in the …

Fargo is a town on U.S. Highway 49 in northern Monroe County, north of Interstate 40. Fargo came into existence due to the railroad industry and later was home to a significant school for African Americans. Various Native American artifacts have been found in Monroe County, indicating that it has been inhabited at least sporadically for centuries. European hunters and trappers had arrived by the beginning of the nineteenth century, and the county itself was established in 1829, several years before Arkansas became a state. The northern part of the county, drained by the Cache River, was largely uninhabited throughout the nineteenth century. The St. Louis Southwestern Railway, known as the Cotton Belt, was constructed across Arkansas from Texarkana (Miller …

Before the state of Arkansas made public funds available for segregated schools for black children, Floyd Brown, a graduate of Tuskegee Institute, founded and operated the Fargo Agricultural School (FAS) outside Brinkley (Monroe County). From 1920 to 1949, the private residential school offered “training for the head, hands and heart” and high school educations for hundreds of black youth at a time when the United States’ black population averaged five years or less of formal schooling. In early twentieth-century Arkansas, African-American children were seldom educated beyond the primary grades. In the 1920s and 1930s, most black Southerners were sharecroppers indebted to white landowners to whom they gave a share of their crops for rent. To supplement the family income, women … 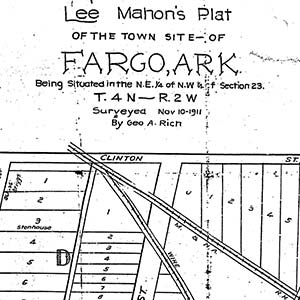 For more than a century, Farmington, one of the early settlements in northwest Arkansas, was a small village five miles west of Fayetteville (Washington County). The rapid growth of this section of the state has affected the area in and around Farmington profoundly. In 1940, its population was about 200, but as of the 2010 census, 5,974 people resided there. This population expansion mirrors the phenomenal growth of northwest Arkansas in recent years. Territorial Period to Early Statehood In 1828, settlers arrived early in the wide valley that flows west from Fayetteville, and it was truly frontier country. The federal government moved the Cherokee and Osage tribes westward into what is now Oklahoma. They took their wars along with them, …

Faulkner County was one of the last counties formed in the state of Arkansas. Sparsely populated in its early years, it is now the sixth-most-populous county in the state. Faulkner County is home to the University of Central Arkansas (UCA), Hendrix College, and Central Baptist College. Lake Conway, a large man-made lake, lies in the southern part of Faulkner County. Much of the county consists of rolling hills and river valleys, but flat prairie lands can be found in the northern part. European Exploration and Settlement The first European explorers in the area were the group traveling with Jean-Baptiste Bénard de La Harpe, who traveled up the Arkansas River from Arkansas Post (Arkansas County) in 1722. A fur trader named …

Fayetteville, one of the largest cities in the state, is located in the Ozark Mountains and has been the seat of county government since formation by the state legislature. From the early pioneers to modern-day residents, Fayetteville’s citizens have been dedicated to the enhancement of the cultural, educational, and economic growth of the area and state. Louisiana Purchase through Early Statehood The first settlers in Fayetteville were George McGarrah and his sons James, John, and William. Around 1828, they settled near the spring in an area that was to become the Masonic Addition to Fayetteville, the eastern part of which is at the base of Mount Sequoyah. James Leeper, a Revolutionary War veteran, was the second settler in Fayetteville. His …

In 1867, the Fayetteville National Cemetery in Fayetteville (Washington County) was established by the federal government to be used for proper burial of Union soldiers of the Civil War who died in the Arkansas campaigns. The first five acres, about one mile southwest of the old courthouse, were purchased from local residents David Walker and Steven K. Stone. The original burial layout resembled a compass rose. Graves were placed in a circular pattern around the flagpole with the headstones facing the flag and pathways between sections forming a six-pointed star. Smaller sections shaped as diamonds were located between the points of the star, for a total of eighteen sections. The first burials were disinterred from local battlefields and reinterred in … Felsenthal is near the Saline River’s termination into the Ouachita River in southeastern Union County, just north of the Louisiana state line. It was established by the lumber industry, but since 1975 has prospered due to tourism, including hunters and fishers. David Felsenthal, a Jew born in Bavaria (now part of Germany) in 1833, moved to Arkansas when he was twenty years old. He lived first in Woodlawn (Ouachita County) and then moved to Camden (Ouachita County). He and his wife had nine children, four of whom—Adolph, Isaac, Sidney, and Lee—formed the Felsenthal Land and Timber Company around the beginning of the twentieth century to harvest the trees of southern Union County. They established a company town for their workers …

Felsenthal National Wildlife Refuge encompasses approximately 65,000 acres at the confluence of the Ouachita and Saline rivers, spreading across the borders of three counties—Union, Bradley, and Ashley—in southeastern Arkansas near the Louisiana Border. The refuge takes its name from the nearby town of Felsenthal (Union County). The refuge was established in 1975 in order to mitigate the environmental impact of the Ouachita and Black Rivers Navigation Project of the U.S. Army Corps of Engineers, which entailed the construction of locks and dams along both rivers in order to facilitate river traffic and prevent flooding. Felsenthal Lock and Dam on the Ouachita River impounds Lake Jack Lee, which the refuge surrounds. Numerous other waterways, such as Caney Bayou and Big Brushy … 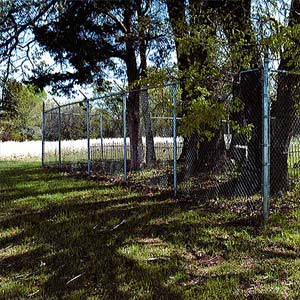 Fendley is a community in Clark County located about three miles east of Alpine (Clark County). Early settlers in Clark County visited the Fendley area due to the presence of a chalybeate spring nearby. Visitors used the waters to bathe, claiming that the iron-enriched water helped treat ailments. The name of the community comes from the Fendley family that settled in the area. Elisha and Martha Fendley arrived in the area in the late 1870s and were accompanied by their son Thomas and daughter-in-law Mary. The younger Fendleys had two children by 1880, and both families farmed. The Fendley Post Office opened in 1901. Thomas Fendley, the son of early settler Thomas, served as the first postmaster. The post office … 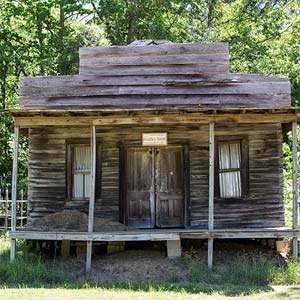 Ferndale is an unincorporated community in Pulaski County located near the intersection of Kanis and Congo roads west of Little Rock (Pulaski County). Chiefly a farming area, the settlement was once home to a large timber operation and speculative mining. The first white settlers to the area were the Thomas Reese Sevier family, who briefly settled there in 1838. The first long-term settler was Isaac Crowson, who settled his family there in 1840. The Crowson family was important to the development of Ferndale. In 1875, Dr. George Sutton, also the area’s first physician, was the first to build a home on the actual town site. As people were gradually attracted to the rich farm land near the Little Maumelle Creek, …