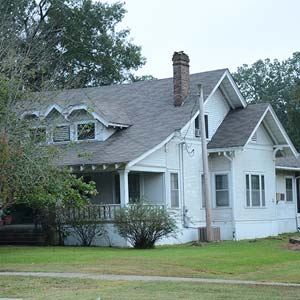 Daisy is a town in Pike County, located on U.S. Highway 70 and on the shores of Lake Greeson. Daisy State Park is adjacent to the town of Daisy. The region that would become Pike County was sometimes visited by Caddo, although no permanent Native American settlements were established. Pike County was created in 1833, and in 1860 Henry J. Walston purchased land south of what would become Daisy, land that today is under the waters of Lake Greeson. Walston made additional land purchases in 1885, including the land where Daisy was established. Other families joined Walston, including the family of William Carroll Gentry, who homesteaded on Walston’s property. In 1888, a post office was established that was known as …

The Daisy Airgun Museum in historic downtown Rogers (Benton County) attracts visitors from all over the world, due in part to the popularity of the Daisy BB gun that was once a staple of childhood in America. People visit in order to experience Daisy’s history and to buy unique collectibles and souvenirs. Daisy Manufacturing was founded as the Plymouth Iron Windmill Company in Plymouth, Michigan, in 1882. It made windmills of steel when others made them of wood. The steel windmills were not well received, and in 1888, the company was considering bankruptcy. Its president was presented with a prototype steel BB gun, which he shot into his wastebasket and later fired through a wood shingle. He exclaimed, “Boy, that’s …

Daisy State Park is situated on the northern shoreline of 7,000-acre Lake Greeson in southwest Arkansas. The clear water and Ouachita Mountains scenery make the park a favorite of campers seeking water sports and fishing. Daisy is the eighth state park established in Arkansas. Lake Greeson was created in 1950 when the U.S. Army Corps of Engineers placed a dam on the Little Missouri River some six miles north of Murfreesboro (Pike County). The lake was created for flood control and hydroelectric power generation. The land for Daisy State Park, consisting of 272 acres, was acquired by the state and the U.S. Army Corps of Engineers on March 22, 1955. Former state representative Pete Austin, a lifetime resident of Pike …

Dallas County is a rural county, dominated in its early days by farming, mostly cotton, and then railroads and timber; these industries have accounted for the majority of economic sustenance for residents and landowners throughout its history. Many communities that exist in the county today owe at least some part of their development to the construction of either a nearby railroad, mill, or both. Pre-European Exploration Just prior to European exploration and settlement, Native American tribes, primarily Caddo and Quapaw, lived, traveled, and hunted in the area now known as Dallas County. Several sites identified as burial or other sacred sites have been identified in southwest Arkansas, and some were explored by archaeologists earlier in the twentieth century, including some … Damascus is a town located on U.S. Highway 65 on the county line between Faulkner and Van Buren counties. It is most known for its proximity to the Titan II missile base that operated from 1963 until 1980, when a missile explosion killed one person and injured twenty-one. Damascus is located on a plateau between Pine Mountain Creek and Batesville Creek. Heavily timbered until the later part of the nineteenth century, the area was lightly populated for many centuries. Prehistoric stone tools are still found by farmers plowing the soil near the town. Land records show that Elijah Cagle, Hosea King, Thomas King, and Jacob Hartwick all purchased land in northern Faulkner County in the years immediately prior to the Civil War. Local histories …

The Damascus CCC Camp Co. No. 3781 Historic District, located on Camp Hill Road in Damascus (Van Buren and Faulkner counties), is a collection of stone structures associated with a Civilian Conservation Corps (CCC) facility that operated there in cooperation with the U.S. Soil Conservation Service (USCS) during the Great Depression. The Damascus area had long seen agricultural use, which led the CCC to establish Camp Damascus there on June 1, 1935, under USCS control to help rehabilitate farmland in a region damaged by a long history of poor farming techniques. Junior Company 3781, SCS-5 was located on a forty-acre site leased for one dollar per year from William A. Brown. Construction of the camp began on June 12, and … 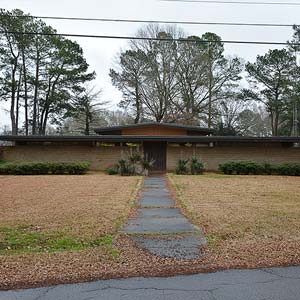 Danville, one of two county seats of Yell County (the other being Dardanelle), is situated near the center of the county where Highways 80, 10, and 27 converge. The city is located in the Arkansas Valley natural division on the south side of the Petit Jean River and north of the Fourche Mountains subdivision of the Ouachita Mountains. Danville has often been overshadowed by the more populous Dardanelle, which has grown larger due to its situation along the Arkansas River and proximity to Interstate 40. Louisiana Purchase through Early Statehood Cherokee settled in the Arkansas Valley, including the area that is now Yell County, in the late 1790s and early 1800s; however, they ceded these lands to the U.S. government …

Dardanelle, adjacent to the Arkansas River in northeast Yell County, was platted in 1847 and incorporated on January 17, 1855. The origin of the town’s name is open to conjecture. European Exploration and Settlement Several Native American tribes hunted in or inhabited the area, including the Osage, Caddo, and Cherokee. Thomas Nuttall’s 1819 journal described Cherokee people living in log cabins along the Arkansas River south of the Dardanelle Rock surrounded by cotton fields and peach and plum orchards. French exploration of the area was primarily limited to a few hunters who dared to infringe on Osage-claimed lands. There are many explanations for the town’s name. Some have speculated that the 300-foot-high rock face at the river’s edge reminded early …

Datto is a town in Clay County situated just north of U.S. Highway 67. Created when the railroad was built through the area at the beginning of the twentieth century, Datto is five miles from Success (Clay County). Although most of Clay County is farmland today, it was once heavily forested. Four rivers flow through the county, providing early transportation corridors. Osage, Shawnee, Delaware, and Quapaw tribes—as well as French explorers—are all known to have visited the area. A military road known as the Southwest Trail was constructed through the area during Arkansas’s territorial period, linking Missouri to the southwestern corner of the territory, which was then Fulton (Hempstead County). Isaac Day came to the area late in the nineteenth …

Davidsonville, founded in 1815, was perhaps the most important frontier settlement in northeast Arkansas. Though abandoned by the 1830s, it was the site of several Arkansas “firsts.” While a part of Missouri Territory’s Lawrence County, it was the location of the first post office in what would become Arkansas. In 1820, Arkansas Territory’s first federal land office was also established there, and the first Arkansas courthouse was built in 1822. For approximately fifteen years, the town was an important gathering place for local politics and commerce. The area was first occupied during the Archaic Period (9500–650 BC) and as late as the early 1700s by the Osage, Shawnee, Delaware, and others. Modern archaeological evidence confirms that the town was built …

Davidsonville Historic State Park is a 163-acre park located on the Black River in southern Randolph County. The park preserves the site of the town of Davidsonville, which housed the first postal stop, the first courthouse building and county seat of Lawrence County, and the first federal land office in what is now the state of Arkansas. The town was created from a few log cabins in 1815, when the Act of Lawrence County was written; it was briefly known as the town of Lawrence. Strangely, this town of “firsts” was also the first county seat to be bypassed by a major road connecting Missouri to the Great Southwest. By 1829, Davidsonville had lost the courthouse to Jackson and the … 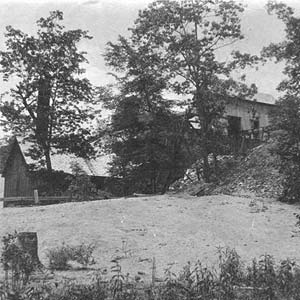 De Queen, a railroad town founded just a few years before the start of the twentieth century, is the county seat of Sevier County and also the county’s largest city. De Queen is located at the intersection of two major U.S. highways: U.S. 71, which runs north to south, and U.S. 70, which runs east to west. Post Reconstruction through the Gilded Age De Queen owes its existence to the arrival of what eventually became the Kansas City Southern Railroad, which connects Kansas City, Missouri, with Gulf Coast ports at Port Arthur, Texas. The railroad was the vision of Arthur E. Stilwell, a Kansas City businessman who wanted to build a line from Kansas City to the Gulf of Mexico … The downtown buildings of what is now the De Queen Commercial Historic District were built from 1900 to 1961. The district is locally significant under Criterion A on the National Register of Historic Places as the original commercial center supporting the city of De Queen (Sevier County). The district was listed on the National Register on January 26, 2012. The district boundaries encircle thirty-five buildings. Contributing buildings retain many of their historic features, with the historic integrity of this community at fifty-five percent intact. The identity of the area is defined through its proximity to the courthouse and its remaining historic structures. Historically, the buildings in this district were related to commerce, healthcare, recreation and culture, and government. There were …