Robbie Gill Comer was instrumental in the founding of the Women of the Ku Klux Klan (WKKK) and served as its Imperial Commander from 1924 to its demise in the late 1930s.

Robbie Gill was born in Haynes (Lee County) on May 21, 1883, to Robert O. Gill and Cornelia L. Smith Gill. Her highest level of education was the eighth grade. After her father’s death, Gill and her mother moved to Little Rock (Pulaski County). By 1909, she was working as a stenographer in the law firm of James A. Comer.

In the summer of 1921, recruiters for the Ku Klux Klan (KKK) arrived in Arkansas and organized the first chapter in Little Rock. James Comer became the Exalted Cyclops of the Little Rock Klan and, by early 1922, was appointed as the Grand Dragon for the Klan’s Realm of Arkansas. Comer was on the inner circle of the national Klan and was put in charge of organizing a women’s auxiliary. The Women of the Ku Klux KKK was chartered in Little Rock in June 1923. Its headquarters was a three-room suite in the Ancient Order of United Workmen building on Center Street, the same structure that housed Comer’s law office and the Arkansas headquarters of the Klan. The first Imperial Commander of the WKKK was Lulu Markwell of Little Rock, who was active in the Woman’s Christian Temperance Union (WCTU), along with Robbie Gill and James Comer’s first wife, Elma Comer. Gill became the secretary, or in Klan terms Kligrapp, of the new women’s order.

After serving for eight months, Markwell abruptly resigned. A press release sent from Little Rock announced that Gill had succeeded Markwell as Imperial Commander, bypassing the first vice president, Alice B. Cloud of Dallas, Texas, who by the order’s constitution should have taken the role.

In July, Gill and Comer oversaw the purchase of a sixteen-room mansion on West 18th Street that became the headquarters of the WKKK. By this time, the WKKK had become a big business, with fifteen women working at the headquarters to assist Gill in handling the paperwork and finances for an organization that claimed perhaps a million members nationwide. The WKKK also owned a factory at 7th and Byrd Streets in Little Rock that produced the robes, hoods, and other regalia for the order. As Imperial Commander, Gill traveled extensively throughout the United States, speaking at WKKK and Klan events.

James Comer and Robbie Gill married on June 27, 1925, while they were attending a Klan convention in Detroit, Michigan. Comer had been a widower for eighteen months, while Gill had never been married.

The decline of the Arkansas Klan began in 1924 when James Comer attempted to take control over the state Democratic Party. In municipal and county elections in 1922, he had managed a Klan takeover of offices in Pulaski County and the city of Little Rock. He aspired to do the same in the state elections of 1924. Several Democrats, however, even some Klansmen, opposed the meddling by a former Republican activist in the affairs of the Democratic Party. The political disaster brought challenges to Comer’s leadership in the Klan. He was replaced as Exalted Cyclops in May 1924. Most members of the Little Rock Klan No. 1 and WKKK chapter seceded and established an independent rival Klan.

The Comer-Gill marriage was the last straw for some other officers of the WKKK. In August 1925, Alice Cloud filed a lawsuit against the Comers alleging that she had unlawfully been passed over as head of the order. She and several other officers also filed suit in Pulaski County Circuit Court charging the couple with fleecing the organization. They said that James Comer had manipulated the organization through control over its two Imperial Commanders. Robbie Gill Comer promptly dismissed the women from their offices and banished them from the WKKK. The court proceedings played out over the following thirteen months, before being dismissed in October 1926. Nonetheless, the unflattering publicity contributed to rapid decline of the Klan and WKKK in Arkansas.

Robbie Gill Comer remained as Imperial Commander of the WKKK into the 1930s. She sold the mansion/headquarters shortly after her husband’s death in 1935, and by the later 1930s the WKKK ceased to exist. Around 1946, she moved to Los Angeles, California, and died there on September 5, 1963. She is buried in Forest Lawn Memorial Park in Glendale, California. 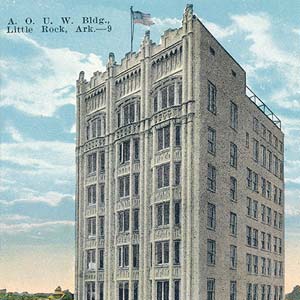 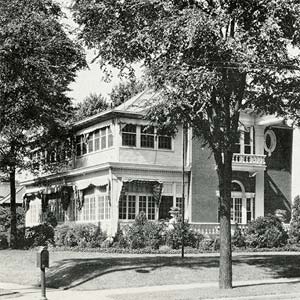