Elizabeth “Quatie” Ross was the first wife of Cherokee chief John Ross. In local folklore, she is best known for giving her blanket to a sick child while traveling through Arkansas on the Trail of Tears, after which she died of pneumonia. Despite almost no evidence to support it, the legend of Quatie Ross has endured since the 1890s. Today, frequent visitors leave rocks, coins, and other gifts on her gravestone at Mount Holly Cemetery in Little Rock (Pulaski County).

Elizabeth Brown was born in the Old Cherokee Nation in modern-day Georgia in 1791 to Thomas Brown and Elizabeth Martin. Not much is known about her childhood. She married and had a child with a man named Robert Henley; after his death, she met her future husband, John Ross. Born on October 3, 1790, in present-day Alabama to a Scottish-born father and a Cherokee mother, Ross was educated in mission and boarding schools as a boy before marrying Brown in the summer of 1813. In 1828, Ross was the first and only elected chief of the Cherokee Nation. Ross’s Cherokee name was “Koo-wi-s-gu-wi,” a mythical and rare migratory bird and the name of one of the current districts in the Cherokee Nation in Oklahoma. Elizabeth was known by many by the name of Quatie, an anglicized version of her Cherokee name, “Que-ti.” Quatie and John Ross raised five children together; their sixth child was stillborn.

After the Indian Removal Act was signed by President Andrew Jackson on May 28, 1830, the Cherokee Nation took legal action against the State of Georgia. In 1831, Chief Justice John Marshall ruled that Georgia had no jurisdiction over the Cherokee Nation. Marshall’s ruling was ignored by Georgia’s governor, who opened Cherokee lands for white settlement. In 1833, Cherokee lands were seized, including some belonging to Chief John Ross. In 1835, a faction loyal to John Ridge signed the Treaty of New Echota, which Ross’s party opposed. Having removed to Tennessee, the Ross party, led by Ross’s nephew, John Drew, left the Cherokee Agency on December 5, 1838, aboard four flatboats on the Hiwassee River. At Tuscumbia, Alabama, Ross purchased the Victoria, on which the party continued up the Arkansas River.

Quatie Ross became ill just before the Ross party reached Little Rock and succumbed to pneumonia aboard the Victoria on February 1, 1839. In 1843, Mount Holly Cemetery was opened, and Albert Pike had her remains moved from the city cemetery to his family plot there. The legend stating that Quatie died after giving up her blanket to a shivering child came from a letter written by former soldier John G. Burnett fifty-two years after the fact. Burnett claimed to have personally witnessed “this noble hearted woman” die “after giving her only blanket for the protection of a sick child.” Burnett’s letter said this all happened on November 17 in a “terrific sleet and snowstorm,” though she died on February 1 on her husband’s steamboat.

In 1935, the General George Izard Chapter of the United States Daughters of 1812 had a new stone marker installed at the head of Quatie Ross’s grave, as the original was missing. In 1996, during an excavation at Mount Holly Cemetery’s receiving house, a portion of the original headstone was found. It was put on display at the Historic Arkansas Museum, which placed a replica of the original marker on her grave next to the 1935 marker. The Continental Society of the Daughters of Indian Wars placed a small footstone at the grave.

In 2006, the Arkansas Archeological Survey did a remote-sensing project at Mount Holly. The results from the area around Quatie Ross’s grave showed grave-like anomalies near the current marker but not right in front of it, indicating that her body may not be buried directly under the two markers. 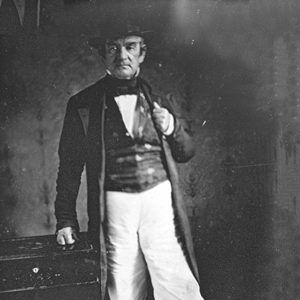