The Caddo Indians once lived in the area that became Howard County. After Arkansas became a state, the first settler to make a home near the springs was Cokely Williams, who arrived in 1840. At that time, Howard County had not yet been established, and the springs were located near the line separating Hempstead and Sevier counties. As other settlers arrived, Williams established a post office in Sevier County. This post office, named Saline, was discontinued in 1843, reopened in 1844, and renamed Mineral Springs in 1869. Wesley Green opened a store in 1850, and J. H. Deloney, a physician, opened a drugstore. Census records show that the growing settlement included farmers, teachers, businessmen, and artists.

Many young men from the settlement enlisted in the Confederate army during the Civil War. Some of them were taken prisoner at the Battle of Arkansas Post in 1863; after being paroled later that year, they saw action again in Tennessee and Georgia. Others escaped capture at Arkansas Post and later fought in the Camden Expedition. No significant Civil War events occurred in the Mineral Springs area.

When the Arkansas and Louisiana Railroad completed a line linking Hope (Hempstead County) to Nashville (Howard County), many families moved to Nashville, the county seat. By 1892, the population of Mineral Springs had declined to about 100 residents. The city revived, though, when the Brown Henderson Improvement Company built a short-line railroad linking Mineral Springs to the Kansas City Southern Railroad at Ashdown (Little River County). The principal purpose of the rail line was transportation of timber, as the timber industry was flourishing throughout Howard County at the time. Their line opened in 1907, the same year that two doctors by the names of Wolff and Rivers were given a ninety-nine-year lease to bottle the mineral waters of the city. The Memphis, Dallas, and Gulf Railroad (sometimes jokingly called the Mud, Dirt, and Gravel Line) was foreclosed on in 1922 but was purchased the next year and reorganized as the Graysonia, Nashville, and Ashdown Railroad. This line was bought by the Ideal Cement Company in 1927 and was used to transport cement, peaches, timber, and poultry. A bank, hardware store, hotel, and theater were all operating by the end of World War I. A Church of God in Christ and a Baptist church were also established around this time.

Mineral Springs had five cotton gins in the early 1900s, but when cotton prices plummeted after World War I, the economy of the city began to decline. In the following years, as the rest of the country entered the Depression, federal programs were put in place. An artesian well was drilled by the Works Progress Administration (WPA), and a library funded by the WPA was opened in 1936. School buildings were added, roads were paved, and two canning factories were opened. Nevertheless, the bank failed in 1939, and the broom factory closed in 1940.

Seven smaller school districts were consolidated into the Mineral Springs School District during the 1930s. A Church of Christ began meeting in 1934. During the 1940s and 1950s, a baseball team called the Mineral Springs Flyers played weekend games in nearby pastures. They played teams from Hope, Nashville, Texarkana (Miller County), and Murfreesboro (Pike County).

The broom factory reopened in 1946 and also began manufacturing mops. A mopping machine was patented by Glenn Winchester and Louis Dixon of Mineral Springs in 1969. Millwood Lake was built by the U.S. Army Corps of Engineers in the 1960s; it created a three-mile levee to protect the rail line near the lakebed. The last bale of cotton ginned in Howard County was produced in Mineral Springs in 1971. A new city hall was dedicated in Mineral Springs in 1985. The same year, a new water system was completed, replacing the waterworks built during the Depression.

William Dillard, founder of Dillard’s clothing stores, was born in Mineral Springs in 1914. He worked at his father’s store in Mineral Springs before opening the first Dillard’s store in Nashville in 1938. Baseball player Willie Davis was born in Mineral Springs. Davis played fourteen seasons for the Los Angeles Dodgers between 1960 and 1973; he then played with six other major league teams in the 1970s. Davis played on two All-Star teams during his career and won World Series championships with the Dodgers in 1963 and 1965.

The railroad depot in Mineral Springs was added to the National Register of Historic Places in 1978. Historians have described the frame structure as the most significant of Arkansas’s surviving railroad depots. It was joined on the register by the Depression-era water tower in 2007. 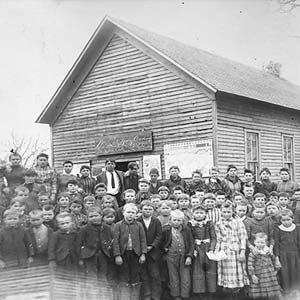 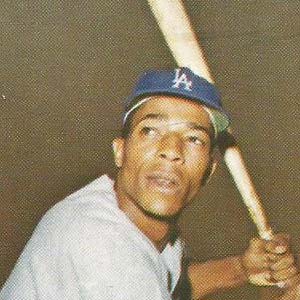