The Black River bottoms area has rich alluvial soil, and Native Americans made it their home in pre-Columbian times. Prehistoric sites are numerous. At the beginning of the twentieth century, archaeologist Clarence Bloomfield Moore excavated several sites, including Little Turkey Hill, near what is today Dowdy.

The violence and devastation of the Civil War spilled over to the years of Reconstruction. After returning home, Captain William A. Dawson, formerly of the Seventh Arkansas Infantry, Company K (CS), established himself as one of the most prominent landowners in the bottoms of the Black and White rivers, as well as a noted timberman. He was murdered on August 25, 1884, while staving timber between Saffell and Turkey Hill in the Curia bottoms. After the murder, three men were drinking and playing cards in a boarding house on the river when the building caught fire and burned; many believed the murderer died in the fire. The accepted view is the murder resulted from a hog-stealing incident between the captain and G. W. and Pleasant McNutt. A more colorful account tells how David Perrin, missing in action during the Civil War, returned to reclaim his wife and children; Perrin murdered Captain Dawson because the captain had married Perrin’s wife, Lou Cason Perrin (who had thought she was widowed). Dr. O. Philip James from the Black River area, dean of liberal arts at Arkansas State University in the 1960s, wrote a ballad detailing the events in the case.

According to writer E. R. Coleman, before Dowdy was established, the first post office in the area was located at Lockhart Point (a.k.a. Pansy, later named McGill). This post office near the confluence of the Strawberry and Black rivers was established in 1872 with E. M. Johnson appointed postmaster, but it closed in 1874; a post office was established at Lockhart (a.k.a. Lockheart) in 1920 with George A. Wilson appointed postmaster, followed by Orville Edgar Metheny and Angus J. McDoniel. Both Strawberry and Lockhart had a store with the post office. Metheny was a farmer and teacher at Lockhart, and his family had a general store in Centerville across the Black River in Jackson County southeast of Lockhart. The Lockhart community had a sawmill and a steamboat landing. Mail was delivered by steamboat, as the only road was made for wagons traveling through the swamp.

The Lockhart post office was relocated after 1925 to a general store on a wagon road in the foothills near the Stone School House. The store burned, and the post office was moved to a store owned by Beverly Matheny and located in the middle of a field. The new post office was known as Black River. Matheny sold his store to Grover White, who changed the name to Dowdy and moved it to his new store about a mile away. The Dowdy Post Office opened in 1930 with White appointed postmaster. According to A. C. McGinnis, Dowdy was the last post office created in the county.

Dowdy received its name from Batesville business leader Richard Andrew (R. A.) Dowdy, who served in the Arkansas General Assembly in the early 1900s. Born in 1868 in White County, R. A. Dowdy had, as a young man, served as a spokesperson for the White County Wheel, editing and publishing The Arkansas Economist, the official journal of the state Agricultural Wheel. Dowdy married Clara Otis Williams in 1896 and moved to Batesville, where she lived. He owned 1,000 acres in the Black River bottoms, was one of the first directors of the Citizens Bank and Trust Company (chartered on March 30, 1910, in Batesville), and was also involved in the coal mining business in Clarksville (Johnson County).

Grover White sold his general store with the post office to Ewell Winfred Coleman in 1930, and Coleman’s wife, Hazel Greer Coleman, served as post mistress until the post office closed in 1972. The general store was actively involved in the mussel shell industry on the Black River for the button factory in Black Rock (Lawrence County), periodically taking truckloads of groceries and supplies to Lockhart Landing to sell to the shell diggers. Claude Simpson of the nearby Lick Skillet community was a blacksmith at Dowdy; Luther Gray later joined him as blacksmith. The smithy was owned by the Colemans. The Colemans also ran a grist mill at Dowdy and would often accept a toll (or scoop) of grain in lieu of money during the bleak days of the Great Depression. A pooling pen was located across from the store for selling pigs. Many items from the Dowdy store are on display at the Old Independence Regional Museum in Batesville.

Stone School was annexed by Cord in 1946. The old Stone School was used as a church until the 1980s, when the building was abandoned. A restoration movement was begun in the late 1990s for the Dowdy landmark, leading to the present building with a few modern adjustments such as indoor plumbing and an updated heating system. A covered picnic area has been preserved.

Dowdy received the nickname “Punkin Center” because so many pumpkins were grown there to feed the cattle, and its baseball team in the 1920s was often referred to as the Punkin Center Team. One neighboring team just north of Dowdy was from the black community of Driftwood (Lawrence County), a.k.a. Little Africa, with at one time fifty farm families estimated living there. When the two teams played each other, there was always a big turnout from both communities.

In the twenty-first century, Dowdy has no stores, no school, and no post office. Ewell Winfred Coleman’s grandson owns Donald Coleman Farms in Dowdy located on Upper Lockhart Road.

Coleman, E. R. A Life on the Black River in Arkansas: The Memoir of a Farmer, Rural Entrepreneur, and Banker. Little Rock: Butler Center for Arkansas Studies, 2008. 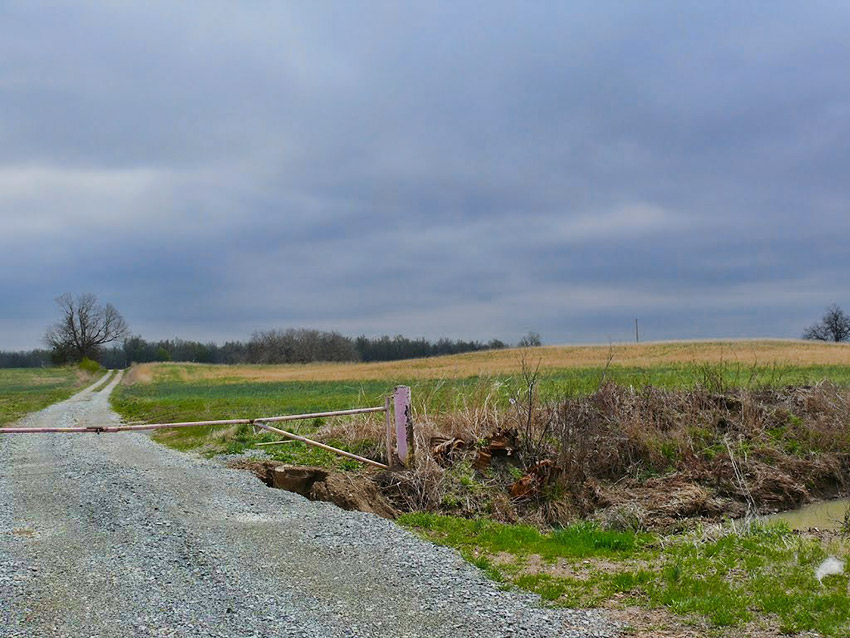