Cale is a town on Highway 200 near the center of Nevada County. Created as a lumber community around the beginning of the twentieth century, Cale did not incorporate until 1971.

Several landowners received land patents for the location where Cale would be built just before the Civil War. They include Jessee C. Capshaw in 1857; Charles Muirehead in 1859; and John Atkins, George Daniell, and Andrew Walker, all in 1860. Although many of the men of the area fought in the Civil War, leaving their farms to be tended by wives and children, the actual conflict did not come closer than the Camden Expedition of 1864, which was turned back some miles east of the area.

Cale was built on a ridge between the Little Caney Creek and the Big Caney Creek. The post office was established there in 1901. The names of Zion and Honeyville were also considered for the post office; no reliable sources exist for the origin of the town’s name. The Westmoreland family built a sawmill around 1901 on the ridge. The sawmill had a capacity of 10,000 feet of lumber per day. The Westmoreland family also operated a general store, and a second store was run by John H. McDaniel.

Mount Zion Missionary Baptist Church was established in the community, and Nevada County School District No. 21 was well-funded by the taxpayers of Cale and the surrounding area. By 1906, the Prescott and Cale Telephone Company was a successful business owned and operated by some of the residents of the area. Most of the residents of Cale were white, although a few African Americans lived south of the community.

As the timber was cleared from the land, the rich soil was planted with various crops, including cotton, corn, and various fruits. Over time, though, the farmers began to switch to raising livestock. Later in the twentieth century, poultry also became a significant part of the local economy.

By the time Cale incorporated in 1971, a reservoir known as Barham Lake had been built on the north end of the town. The reservoir was actually two lakes separated by a road, and a park was on the south shore of one of the lakes. Cale also had a church, a school, and a post office. The school consolidated with four others in 1988, forming the Nevada School District located at Rosston (Nevada County).

In 2015, Cale had a post office, the Missionary Baptist Church, and two restaurants. Although a larger population was reported in 1980, the number of residents has generally remained between seventy and eighty, still mostly white. 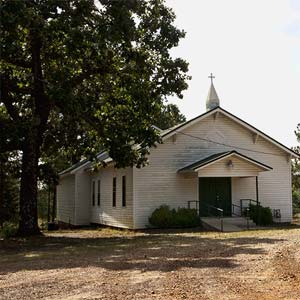 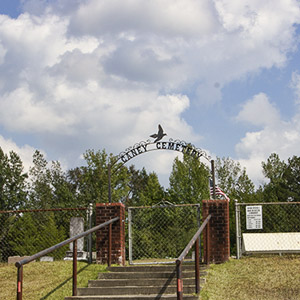 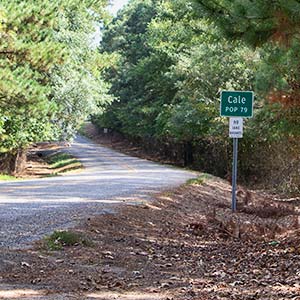 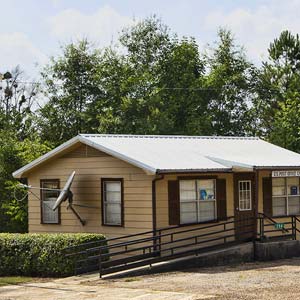