#BlackLivesMatter (BLM) began as Alicia Garza’s social media hashtag protest on Saturday, July 12, 2013, after a Sanford, Florida, jury acquitted George Zimmerman of second-degree murder and manslaughter charges stemming from his killing of African-American teenager Trayvon Martin. Garza and her best friend of ten years, activist Patrisse Cullors, were joined by New York City executive and activist Opal Tometi in creating BLM’s digital platform. Since that time, BLM has become recognized as the major civil rights movement in twenty-first-century America, including in Arkansas. From the beginning, Black Lives Matter participants in Arkansas have been incredibly diverse, and protests in towns and large cities often were majority white.

In late February 2012, George Zimmerman followed, confronted, and shot unarmed seventeen-year-old Trayvon Martin, whose autopsy reports revealed that Zimmerman’s gun was pressed against his chest and fired once. Over six weeks passed before Sanford police arrested Zimmerman, who invoked his right to confront and use lethal violence against Martin with Florida’s “Stand Your Ground” defense. Such defense has a long history in the exercise of racial violence and inequity that dates back to the earliest days of European settlement in the Americas.

In April 2014, Garza visited Philander Smith College in Little Rock (Pulaski County) and referenced Sanford and the prevalence of racist vigilante and police violence across the nation. Between 1992 and 2014, for example, the Little Rock Police Department (LRPD) had fatally shot twenty-two people; fifteen of them were Black. Only one officer had been fired for use of lethal force. As activists dug into evidence of structural racism and excessive use of deadly force by LRPD, Arkansas’s own BLM movement was organized and began to agitate for change.

BLM’s protest momentum continued, but white nationalism’s influence on the nation’s civic institutions at local, state, and federal levels also remained. Ten days after the June 17, 2015, massacre of nine members of Emanuel African Methodist Episcopal Church in Charleston, South Carolina, by white supremacist and neo-Nazi Dylann Roof, activist Bree Newsome illegally removed South Carolina’s state house Confederate flag. A national movement to take down such symbols began to grow, and the flag in South Carolina was removed and placed in a museum by governor’s order the next month. While some in Arkansas began speaking out against the continued presence of Confederate symbols in the state, on July 4, 2015, Confederate sympathizers in Hot Springs National Park formed a group that rallied monthly to protect a Confederate monument in downtown Hot Springs (Garland County) near Bathhouse Row.

In May 2016, LRPD settled a $900,000 lawsuit for the 2010 wrongful death of sixty-seven-year-old Vietnam War veteran Eugene Ellison. Ellison, the father of two law enforcement officers, was unarmed when he was shot to death by an LRPD officer in his apartment. In July 2016, Black Lives Matter protests erupted throughout Arkansas, including Fayetteville (Washington County) and Little Rock, in response to continued killings of Black men by police. BLM activists protested racism at the October 17, 2016, Little Rock Pride Fest, commandeering the stage in response to a drag performer’s racially offensive caricature at a club; the performer and the event promoter later apologized. Nationally, Black trans activists were voicing their need to live without hate or fear with #BlackTransLivesMatter. By November 2016, BLM Little Rock had verified its Facebook page and documented video interviews of witnesses in the October 25, 2016, LRPD shooting death of another Black man, Roy Lee Richards.

Opponents to the BLM movement and organization argued that an individual’s behavior, not race, guaranteed successful police interactions. They rejected statistical evidence of systemic racism, such as the Black/white wealth gap, and insisted that officers who killed were poorly trained “bad apples,” not products of systemic injustices that required reform. Too, they often employed the language of “reverse discrimination.” In 2016, fake BLM flyers distributed in Jonesboro (Craighead County) promoted the idea that BLM fostered white exclusion, white voter suppression, shutdowns of white owned-businesses, and the over-taxation of white people.

While the majority of BLM protests are peaceful, violence, rioting, and looting marked a few heated BLM protest responses. However, when the Hot Springs Confederate nationalists faced counter-protesters the weekend after the deadly August 11–12, 2017, “Unite the Right” rally in Charlottesville, Virginia, city officials in Hot Springs tightly orchestrated protesters’ routes, and park police headed off potential violence. In June 2020, Hot Springs City Manager Bill Burrough publicly expressed support for the idea of moving the Confederate monument to another location. However, according to reports, the United Daughters of the Confederacy, who had erected the statue in 1934, refused to discuss the possibility, leaving city leaders without many options, given that the monument stands on private property. The Confederate statue in Hot Springs, which had been the site of lynchings in the early twentieth century and had long been the subject of protest by the city’s National Association for the Advancement of Colored People (NAACP), still stood in 2021.

The year 2017 saw the end of another years-long court case centered upon police violence. Joshua Hastings, hired by LRPD in 2007, shot and killed fifteen-year-old Bobby Moore in August 2012. In response, LRPD fired Hastings, who was charged with felony manslaughter. Hastings’s own background, both before and after his hiring, proved worrisome. For example, prior to hire, Hastings attended a Ku Klux Klan (KKK) meeting, and he had a long record of misconduct as an officer. Lieutenant Johnny Gilbert Jr., who is Black, had strenuously objected to Hastings’s hire, noting that Black LRPD applicants had been repeatedly rejected for less. Nepotism factored into Hastings’s hire: his father was a captain, and another relative had allegedly doctored his lie detector test. Although Hastings was cleared of manslaughter charges, a 2017 civil court held him, but not LRPD, liable for Moore’s death and ordered Hastings to pay the family more than $400,000.

By 2018, BLM had been in existence for five years and African-American Little Rock native Frank Scott had been elected as mayor of Little Rock, winning on a platform promising unity. He was immediately thrown into the issue of police violence. In February 2019, LRPD fired officer Charles Starks, who shot fifteen times at thirty-year-old Bradley Blackshire, including into a car windshield. That April, after prosecutors cleared Starks of wrongdoing in Blackshire’s death, a round of BLM protests were held at the Arkansas State Capitol in Little Rock. In January 2020, Starks won his lawsuit against LRPD and was reinstated by Pulaski County Circuit Judge Tim Fox, who imposed a $10,000 per day fine for each day the city withheld Starks’s badge and gun.

The national conversation about BLM’s agenda changed radically on May 25, 2020, after George Floyd, a Black man, died with a Minneapolis, Minnesota, police officer’s knee pressed into his neck as he begged for air, repeating, “I can’t breathe.” Globally, millions of people from many different cultures and religions joined protests inspired by this latest act, despite the hazards of gathering in groups during the raging COVID-19 pandemic. They toppled statues of Confederates, slaveowners, and others. On May 30, 2020, protestors in Little Rock caused Interstate 630 to be closed for a period; some of the peaceful protests also turned destructive, with vandalism at the state capitol and elsewhere. The next day, Conway (Faulkner County) activists temporarily shut down Interstate-40. Some were arrested.

Throughout the summer of 2020, protests were held in every county in Arkansas following the murder of George Floyd. On July 19, 2020, Sheridan (Grant County) BLM protest organizers held their march despite death threats. Armed counter-protesters stalked and intimidated them. Similar incidents were reported in other Arkansas municipalities. For example, on August 2, 2020, in Zinc (Boone County), BLM activists and members of Ozark Hate Watch marched near a KKK organizer’s compound. After some 140 death threats, BLM activist Quinn Foster arrived at the protest site armed with a flamethrower. The counter-protesters included white nationalists armed with rifles and AR-15s, and one woman allegedly pointed a gun at protesters with her finger on the trigger.

During this summer of protest, police in Little Rock, Bentonville (Benton County), and Conway tear-gassed and pepper-sprayed Arkansas protesters, contending that they were struck by bottles and subject to other threats of violence. On September 3, 2020, “Defund the Police” was spray-painted on LRPD’s fallen officers’ memorial. A week later, on September 11, Charles Starks resigned, citing maltreatment by the mayor and police chief.

BLM is not solely focused upon police violence, however. The movement has joined such organizations as Arkansas Renters United, Arkansas Advocates, Ozark Indivisible, and the Arkansas Poor People’s Campaign to amplify the call for an end to inequitable economic policies, including unfair landlord-tenant laws. Some public officials agree with BLM’s arguments, which has not always been met with approval by employers. On October 31, 2020, a Garland County deputy prosecutor was fired for published remarks against Arkansas eviction laws that jail late-paying tenants. In mid-November 2020, Arkansas district judge Chris Carnahan spoke against the court’s punitive payment collections that drove citizens into debt and hiding.

BLM operates under the umbrella of the Movement for Black Lives (M4BL), which calls for the immediate end to economic inequity. In 2020, Black Lives Matter became the Black Lives Matter Global Network Foundation, committed to global eradication of white supremacy and sanctioned physical and economic violence in systems that thrive as wealth disparities explode.

For additional information:
Ardrey, Taylor. “An Arkansas Black Lives Matter Group Was Confronted by an Armed Militia. One Protester Carried a Flamethrower as a ‘Deterrent.’” Insider, August 4, 2020. https://www.insider.com/arkansas-black-lives-matter-protester-flamethrower-militia-2020-8 (accessed July 15, 2021).

Balko, Radley. “If You Don’t Get at That Rot, You Just Get More Officers Like Josh Hastings.” Washington Post, November 2, 2018. https://www.washingtonpost.com/news/opinions/wp/2018/11/02/feature/if-you-dont-get-at-that-rot-you-just-get-more-officers-like-josh-hastings/ (accessed July 15, 2021).

“‘Somebody Is Out Here Doing Something’: Portraits of Protest in Arkansas.” Arkansas Times, July 2020. https://arktimes.com/news/cover-stories/2020/06/19/somebody-is-out-here-doing-something-portraits-of-protest-in-arkansas (accessed July 15, 2021).

Civil Rights and Social Change
Modern Era, 1968 through the Present 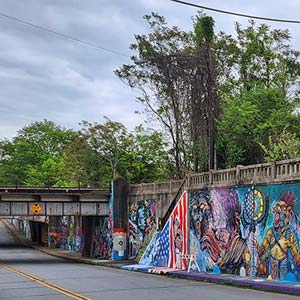 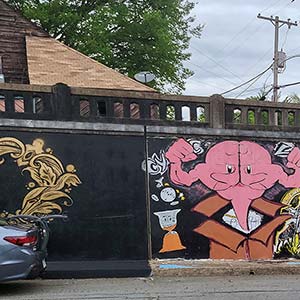 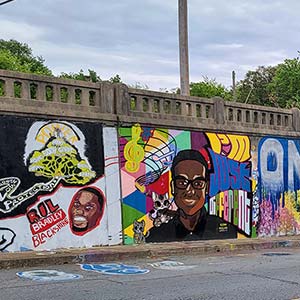 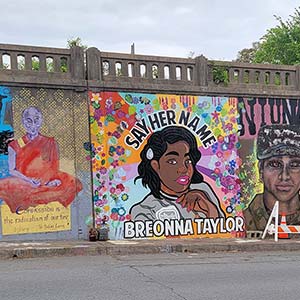 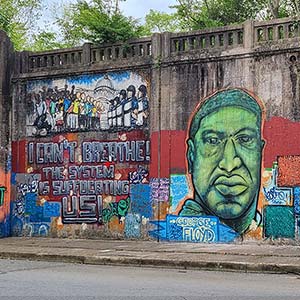 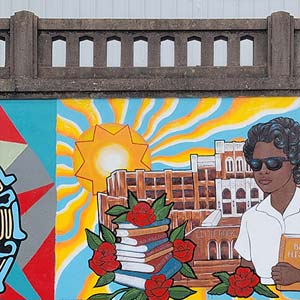 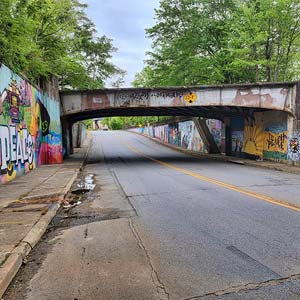 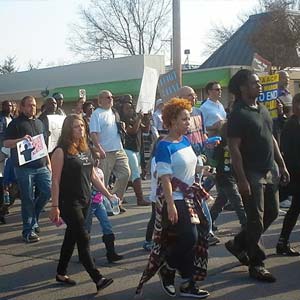 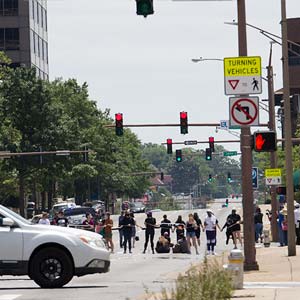