Beth Brickell is an actor, producer, and writer with many stage and screen credits, and is especially known for her leading role on the television series Gentle Ben. She has also engaged in film production and investigative journalism, the latter relating to the 1957 disappearance of Maud Crawford.

Beth Brickell was born on November 13, 1936, in Brinkley (Monroe County) and was raised in Pine Bluff (Jefferson County) and Camden (Ouachita County). She graduated from Camden High School in 1954, and then attended Arkansas State Teachers College (today’s University of Central Arkansas) in Conway (Faulkner County) and the University of Arkansas (UA) in Fayetteville (Washington County), where she majored in history and political science. After graduating with a bachelor’s degree in 1958, she spent a year traveling in Europe. She attended a summer school course at the University of Edinburgh in Scotland to study European history, had an audience with Princess Grace Kelly at the palace in Monaco (which inspired her to pursue an acting career), and taught typing and shorthand for seven months in Rome, Italy, to earn her boat fare back to the United States.

After moving to New York in the early 1960s, she was cast in television commercials and off-Broadway shows while studying acting with Sanford Meisner, with Lee Strasberg, and at the famed Actors Studio, of which she later became a lifetime member. She appeared in twenty-five stage productions. After moving to Los Angeles, California, Brickell appeared in television programs such as The Man from U.N.C.L.E. She went on to star in 1967–69 as the wife of Dennis Weaver on the popular television series Gentle Ben, a show about a game warden, his family, and a tame bear named Ben. Through the 1970s, Brickell appeared on such popular TV shows as Marcus Welby, M.D., Bonanza, Hawaii Five-O, and Fantasy Island. In 1972, she appeared in the feature film The Only Way Home, followed by the 1975 movie The Posse and 1977’s Death Game. As an actress in Hollywood, she starred in 100 television episodes, television movies, and motion pictures, and she received Emmy consideration for roles on Hawaii Five-O and Bonanza.

Brickell ceased acting in order to become a “directing fellow” at the American Film Institute Conservatory in Los Angeles, receiving an MFA in 1978. In the 1980s, she taught for three years at the Lee Strasberg Institute in New York and Los Angeles, while also directing two episodes of the TV drama Knots Landing. She was writer and producer for A Rainy Day (1978), which won several awards, including first place at the USA Film Festival in Dallas, Texas, and was broadcast on PBS. Her film Summer’s End (1985) was broadcast on A&E, Nickelodeon, PBS, and Showtime, winning sixteen film industry awards, including a Blue Ribbon at the American Film & Video Festival in New York, a Gold Plaque in the Chicago International Film Festival, and Best of U.S. Short Fiction at the Los Angeles International Film Festival. Brickell wrote, directed, and produced 2005’s holiday movie Mr. Christmas, which won “Best Family Film” at Hollywood’s Moondance Film Festival and an Award of Excellence from the Film Advisory Board in Los Angeles.

Brickell is president of the independent company Luminous Films Inc. Projects in development include an adaptation of the bestselling novel Big Doc’s Girl, which won Best Feature Screenplay at the Moondance International Film Festival in Hollywood. Another project, Disappearance, is an original screenplay based on a 1986 investigative series that Brickell wrote for the Arkansas Gazette about Maud Crawford, a prominent Camden attorney who disappeared in 1957. Crawford vanished from her home, with no body or conclusive evidence ever found during the original police investigation. Brickell’s life was threatened while attempting to unravel the mystery of Crawford’s disappearance. Her newspaper articles ran on the front page of the Gazette, which itself was threatened with a lawsuit in an effort to stop the articles, though it published the complete series anyway.

Brickell has authored two books: William and Mary Brickell: Founders of Miami and Fort Lauderdale (2011), the subjects of which were no relation to her, and The Disappearance of Maud Crawford (2013), which reprinted her investigative series for the Gazette and included a new introduction. She subsequently produced three other books relating to her investigation into Crawford’s disappearance.

She has also been politically active over the years, in both California and Arkansas. In 1992, she conducted fundraising for Bill Clinton’s primary presidential campaign and was the campaign manager for Blanche Lambert Lincoln’s first congressional campaign. 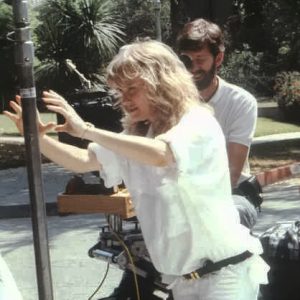 The Only Way Home Poster
Give Entry Feedback Beth Brickell (1936–)