Berryville, located in the Ozark Mountains, is one of the seats of Carroll County and is well known for its small-town quality. Throughout its history, Berryville has been a center for education, as with Clarke’s Academy, as well as agriculture, with farming and raising beef cattle prominent parts of the economy through the 1950s, when these were superseded by the poultry industry, now one of the leading employers.

Louisiana Purchase through Early Statehood
Brothers Joel and William Plumlee are credited as the first white settlers in the area where the Berryville town square is now located, settling there in 1832. In 1848, Blackburn Henderson Berry moved to Carroll County from Gunter’s Landing in northern Alabama; in 1850, Berry purchased the Plumlees’ farm and opened a store. That same year, Arthur A. Baker, previously a Carrollton (Carroll County) blacksmith, moved to the area and became a self-taught doctor.

In autumn of 1850, the idea of founding a town occurred to both Berry and Baker at about the same time. They employed Arnold Champlin, a schoolteacher and surveyor, to map out the new town. The original plat consisted of twenty-four lots and included three main streets—Main, Forsythe (now Madison), and Church. The name Berryville was decided (over Bakersville) by the toss of a coin. On July 13, 1852, Berryville established a post office, with Isaac Plumlee as postmaster. Baker donated land for the first public school in Berryville, and Berry deeded land for the Presbyterian church and cemetery. Baker and members of his family are buried in the old cemetery, along with Berry’s first wife, Eliza (Polson) Berry. Between 1852 and 1853, Berryville became a trading point.

Civil War through the Gilded Age
At the beginning of the Civil War there were fifty-one houses in the town, which had a population of more than 200. During the war, Berryville was the assembly point of the military forces formed in the county on both sides. The Berryville Expedition took place November 10-18, 1863. Federal forces occupied the area for some time, which made Berryville a target for bushwhackers. At the close of the war, the population had been scattered, and all was burned with the exception of Hubbert’s Hotel (formerly the Hailey House) and two other small houses. The town gradually rebuilt. Having spent the last year of the war in Springfield, Missouri, Dr. Baker was among the first to return and rebuild.

In 1867, Isaac A. Clarke, innovative educator and professor, began Clarke’s Academy in Berryville. The academy flourished for more than five years before being destroyed by fire on Friday, April 23, 1873. On the following Monday, Clarke opened the academy in a building in town and operated there until the new schoolhouse, the one now standing, was available. For thirty-eight years, until 1905, Clarke sustained Clarke’s Academy, educating men and women from throughout the United States.

With the creation in 1869 of Boone County—which took a considerable portion of Carroll County land—Berryville became the center of Carroll County. The western side of the county had also become more populated, and thus a controversial movement to make Berryville the county seat ensued. Following several elections and lawsuits, Berryville officially became the county seat on May 5, 1875. A committee, consisting of Eli J. Black (Baker’s son-in-law), J. S. O’Neal, and Isaac Plumlee, was appointed by the court in 1875 to purchase a suitable site for a new courthouse in Berryville. The records, seals, fixtures, etc., were moved to Berryville on July 17, 1875, and in 1880 the courthouse was erected.

Blackburn Henderson Berry’s nephew, James Henderson Berry, practiced law in Berryville beginning in 1866, at which time he was also elected to the state House of Representatives. He was elected governor of Arkansas in 1882.

In 1883, Eureka Springs successfully petitioned the Arkansas legislature to create two judicial districts within the county, with Eureka Springs as the seat of one district. Then, in 1889 (motivated by the court’s decision to split the judicial districts), the town of Green Forest (Carroll County) challenged Berryville on the relocation of the county seat, asserting that the Berryville courthouse was unsuitable for its purpose and that Green Forest was more centrally located. Another courthouse war erupted, but by a majority vote the county seat remained in Berryville; however, in 1905 the struggle to retain the county seat prompted Berryville citizens to repair and add a third story to the 1880 courthouse, along with twin towers. This structure served as the county-seat courthouse for nearly 100 years, until operations were moved in 1975 to a larger facility in Berryville.

Early Twentieth Century through the Faubus Era
By the turn of the century, Berryville had added telephones, electricity, a water tank with a 250-candlepower light, and a wooden suspension bridge spanning the Kings River between Berryville and Eureka Springs. Berryville boasted many businesses: grocery stores, general merchandise stores, hardware stores, doctors, attorneys, hotels, banks, livery stables, a blacksmith, a brick plant, and mills.

Berryville was hit by two small tornadoes in 1908 and again on March 4, 1939, and the town suffered the effects of a more devastating tornado that hit its northwest section on the evening of October 27, 1942. Twenty-nine people were killed, and sixty-eight were seriously injured; major property damage was also sustained.

The Depression had little effect on rural Berryville because the community was already poor and therefore mostly economically self-sustaining. In the 1940s, however, tomato blight hit the area, forcing farmers to look elsewhere for livelihood. As the war approached, some residents left to work in defense plants, while others left to join the armed forces. Later, in 1951, a poultry processing plant came to Berryville when three local businessmen—Franklin Allen “Pat” Teague, George Basore, and Ernest Simpson—built Carroll County Foods Products, Inc. This prompted farmers to start raising chickens and turkeys to supplement their income from beef and dairy cattle. At one time, Berryville was known as the Turkey Capital of Arkansas. The processing plant was leased to Ocoma Foods in 1952, and in 1971 it was purchased by Tyson Foods, Inc., and it remains the town’s main industry.

Modern Era
Berryville public schools experienced changes throughout the years that included community consolidation and even a rebuilding following the tornado that destroyed the original school site in 1942. However, the period of desegregation in the 1950s and 1960s left Berryville’s schools and community unaffected and unchanged, as the town was mostly made up of poor white farmers. Following Tyson’s purchase of Ocoma Foods in 1971, however, Berryville began a racial assimilation of the Latino culture. Berryville public schools now take a role of advocacy in Latino acculturation into the community. Custom gun manufacturer Wilson Combat was founded in Berryville in 1977.

Two Depression-era federal relief projects, the Berryville Gymnasium and the Berryville Agricultural Building, were built in the 1930s and 1940s and listed on the National Register of Historic Places in the 1990s.

Berryville’s location in the Ozark Mountains attracts hunters and fishers, as well as others interested in experiencing nature. The town is home to two museums: the Saunders Museum, a gun museum composed mostly of the collection of Colonel C. “Buck” Saunders, and the Carroll County Heritage Center Museum. The Berryville Post Office is one of nineteen Arkansas locations where New Deal–era post office art can be viewed. Nearby rivers and lakes, such as Beaver Lake near Eureka Springs and Table Rock Lake in Missouri, also bring visitors to Berryville. 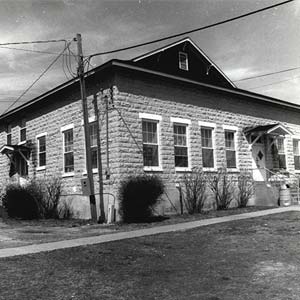