Newport is a rural community with deep agricultural ties. Its location on the White River at the transition from the Ozark foothills to the Delta flatland is ideal as a northeast Arkansas crossroads for road, river, and rail traffic. Newport’s economy, based upon natural resources, had strong growth through the first half of the twentieth century and the postwar era.

Pre-European Exploration through Early European Exploration
Newport is located on a wide bend in the White River where it leaves the Ozark hill country and enters the Mississippi Delta flatlands.  It was an ideal crossing point for animals (including deer, bear, and occasionally bison) and for the tribal hunters that followed them.  Native people, likely ancestors of the Quapaw, resided in the area beginning more than 13,000 years ago, leaving artifacts of many kinds, including spear and arrow points, pottery fragments,and food remains, as well as burial sites. The White River crossing point at Newport has been part of the Southwest Trail military road, and it was used during the Cherokee relocation known as the Trail of Tears.

Louisiana Purchase through Early Statehood
Newport is first cited in an 1835 license renewal by White River ferry operator Roland Tidwell. In that license, the location name was changed from Tidwell’s Landing to “The Town of New Port.” The first listing of the one-word name “Newport” was in an 1837 announcement of land sales. As late as 1840, the river settlement had few houses and not many residents. However, the landing became a regular loading point in the years before the Civil War, when steamboats were extremely active on the White River. Larger boats came to Newport, Augusta (Woodruff County), and Jacksonport (Jackson County) with cargo and passengers to transfer to smaller vessels for upriver travel.

As steamboats were replaced by railroads for cargo and passenger travel, the White River crossing at Newport was identified in a survey by the Cairo and Fulton Railroad, later known as the Missouri-Pacific Railroad, for a proposed rail line linking St. Louis, Missouri, to Texas. In 1853, the railroad offered to create an alternate route through the county seat and trade center of Jacksonport. When Jacksonport refused to provide a right-of-way for the railroad, or finance the extra portion of the line, the rail crossing was established at Newport. A period of rapid growth followed.

Civil War through Post Reconstruction
Newport had little direct involvement in the Civil War. By 1873, Jacksonport’s population began moving downriver to the prosperous and rapidly growing Newport. Within twenty years, Jacksonport was a virtual ghost town. Newport was established as the Jackson County seat in 1892. As a river town at the foothills of the sparsely settled Ozark Mountains, Newport attracted a rough cadre of loggers, trappers, boatmen, and farmers whose boisterous activity was reflected in a news article in the 1879 Jacksonport Herald that stated “latest statistics show that one pint of Newport whiskey contains four fights, three knockdowns, one stealing of the ballot box, one contested election and one rape.”

Early Twentieth Century
On December 31, 1904, Louis Allwhite, a white man, was taken from the Newport jail and lynched outside of town; he had allegedly participated in the rape and murder of two women on Christmas Day. No one was charged in connection with the lynching. On October 25, 1914, Howard Davis, an African-American man, was taken from county authorities and lynched for allegedly murdering Marshal James S. Payne. On December 18, 1918, an African-American man named Willis Robinson was hanged by a mob in Newport for allegedly murdering police officer Charles Williams and wounding Chief of Police Gus C. Martin.

Newport entered the twentieth century as a prosperous river town, its wealth accumulating through timber and cotton sales. Commerce was concentrated along Front Street, with its assortment of hotels, saloons, banks, and local stores. The Newport Opera House opened in 1891, and the Newport Daily Independent was established in 1901. In 1906, Newport’s daily rail traffic included twenty-three trains stopping at the city’s Iron Mountain Railroad depot.

Repeated flooding of the White River, the most damaging taking place in 1916, led to the construction in 1918 of a half-million-dollar levee. The catastrophic Flood of 1927 affected Newport, but the more severe damage occurred in lower sections of the White River. Although a 1926 stave mill fire destroyed a large portion of the residential and business district, Newport’s economy was consistently strengthened by regional cotton production.

From 1900 to 1920, the U.S. freshwater pearl market was centered at Newport, and some pink pearls from the region sold for up to $20,000. Newport also was a leader in the pearl button industry. One local factory could handle 76,000 pounds of shells per day, requiring 1,000 shell fishers on the White and Black rivers to keep it active. Button cutters worked for Muscatine Pearl Works or owned their own cutting machines at home. At the industry’s peak in the 1930s, 200 button cutters were working in Newport.

The pearl button industry was replaced by plastic production by mid-century, but the early activity was extensive enough to ensure Newport’s prosperity during the Depression. Rice farming was introduced in Jackson County in the early part of the twentieth century, further strengthening the agricultural economy.

World War II through the Faubus Era
Newport’s most significant growth occurred in the post-war period. The Newport Air Base, utilized as a training site for the U.S. Army Air Force, the U.S. Marine Corps, and the U.S. Navy, operated from 1942 to 1946, bringing a large influx of military personnel and families to town. After the war, the air base was leased to the city. Former base housing met the demand for public housing. Base hangars and other large structures were used as incentives in a successful industrial recruiting campaign by the Newport Chamber of Commerce. Manufacturers originally located at the site included Trimfoot Shoe, Victor Metals (the world’s largest producer of aluminum toothpaste tubes), and Revere Copper and Brass.

The May 18, 1951, Newport Daily Independent ranked Jackson County as one of the wealthiest counties in the United States, being tenth in the nation in cotton production, eighth in rice, eleventh in soybeans, 110th in strawberries, and forty-second in local volume of timber. A 1954 Federal Reserve report cited Newport’s economic development as a leading example of community adjustment to national economic growth, noting Newport’s effective balancing of its agricultural and industrial economies. The city’s prosperity and potential attracted Sam Walton, who operated his first retail store at Newport.

W. F. Branch High School, named for its first principal, William Franklin Branch, was the high school for black students until it closed in 1970.

Newport’s economic growth was accompanied by many community initiatives, including music and drama associations, women’s groups, and civic organizations. In the 1940s and 1950s, numerous honky-tonks and music clubs were established in Newport and Jackson County. The clubs, especially the Silver Moon Club, became a popular performance venue for rockabilly musicians, many of whom recorded for Sun Records in Memphis. Newport also had a popular summer league baseball program. Professional and semi-professional local baseball teams were affiliated through the Northeast Arkansas League with the St. Louis Cardinals and the Brooklyn Dodgers.

Modern Era
Newport has been negatively influenced by problems common to the Arkansas Delta region. Mechanization of agriculture and an economy of scale that promotes large corporate farming have caused land loss in the rural population. Limited employment opportunities have caused out-migration and restricted growth. The dense retail activity formerly concentrated along Front Street has diminished.

Newport’s Chamber of Commerce and Economic Development Commission have initiated downtown development programs, such as the annual Depot Days festival, to capitalize on the town’s heritage and modern potential. In 1998, the Arkansas Department of Corrections established the Grimes and McPherson Units at Newport. The medium-security prison employs 400 persons and houses 1,600 prisoners. In 2001, Arkansas State University (ASU) established a campus at Newport, replacing ASU–Beebe/Newport, which had itself replaced the White River Vocational Technical School.

Attractions
Local attractions on the National Register of Historic places include the original 1902 Iron Mountain depot, the Jackson County Courthouse, and other structures. An annual music and culture festival, Depot Days, is held in October. 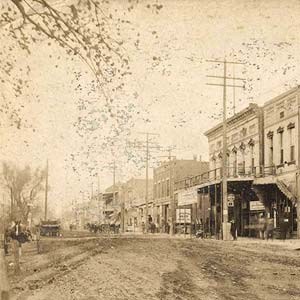 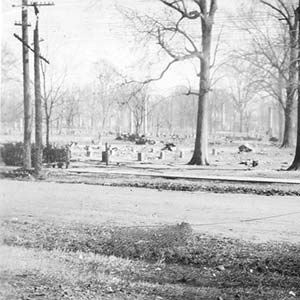 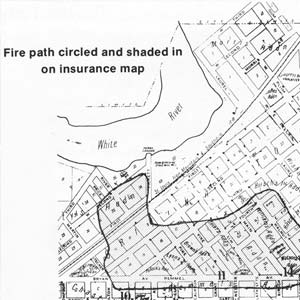 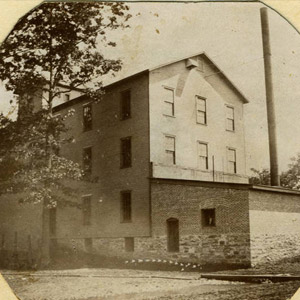 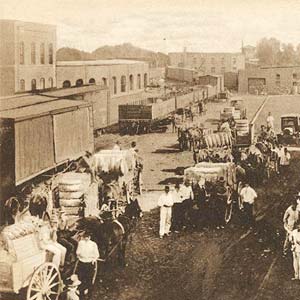 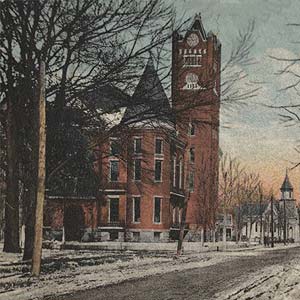