George Izard, scholar, soldier, and army major general, served as Arkansas’s second territorial governor from March 4, 1825, until his death on November 22, 1828. Finding government in Arkansas disorganized and ineffective, Izard began the task of organizing territorial government into a more effective and efficient institution. Izard County is named for him.

George Izard was born on October 21, 1776, to Ralph Izard and Alice DeLancey Izard near London, England. His father, a native of South Carolina, transacted personal and diplomatic business in Europe and later served as a delegate to the Continental Congress and as U.S. senator from South Carolina. Izard’s mother was of a prominent colonial New York family. Izard had eight sisters and four brothers.

Because hostilities had developed between the United States and Britain, Izard’s father secured passage for his family from England to Paris, France, in 1777. There, Ralph Izard negotiated American affairs in France and Holland. The family resided in Paris, and it was there that Izard began his education at College de Navarre.

In 1780, Izard, his mother, siblings, and a private tutor sailed from France to Philadelphia, Pennsylvania, and traveled to Charleston, South Carolina, to join his father, who had returned some time prior. After his tutor died, Izard entered a Charleston boarding school. While Izard’s father served in Congress, the family initially lived in New York, where Izard entered Columbia University. In 1790, Congress met in Philadelphia, and Izard enrolled in the College of Philadelphia, from which he received a BA in 1792.

In 1792, Izard went to England under the care of Major Thomas Pinckney, Minister to England, to pursue military training. Placed in Prince of Wales Royal Military Academy of Kensington Gravel Pits, Izard was unimpressed and soon left; he spent several months traveling Europe. Enrolled at the Beauchlair Academy at Marburg, Germany, Izard soon exhausted the available instruction. In the meantime, Izard’s father had obtained for him a military commission of captain of militia from South Carolina governor William Moultrie.

Traveling to Paris in 1795, Izard called upon United States Minister to France James Monroe, hoping to obtain admittance to a French military school. He entered École du Génie at Metz, France, and was trained in military engineering. While in Paris, Izard received another military commission more to his liking, that of lieutenant in the United States Corps of Artillerists and Engineers.

When U.S.–French relations became strained, Izard left France for The Hague, Netherlands, in the late summer of 1797 and returned to the United States in November 1797. Directed by the secretary of war, he returned to Charleston, where he oversaw the construction of Fort Pinckney in South Carolina and commanded a regiment of artillerists and engineers until January 1800.

A strained romance and a distaste for South Carolina’s climate led Izard to accept a position as aide-de-camp to General Alexander Hamilton. Izard joined Hamilton in January 1800. While Hamilton litigated a case in Albany, New York, Izard went to Philadelphia. While there, Izard received a letter from his brother-in-law, the minister plenipotentiary to the Court of Lisbon, inviting him to serve as his secretary. Izard accepted and went to Lisbon, Portugal, in March 1800. He left this post in January 1801 and traveled England and France until July 1801.

When Izard returned to the United States, he was assigned to Fort Mifflin near Philadelphia. The interim had not dulled the effects of the troubled romance, which led to a duel with the young woman’s brother in June 1802. Both men were injured, Izard seriously.

Commanding the post at West Point for a time, Izard was frustrated when he failed to be assigned the command of an engineering corps. He resigned his commission, left the military, and pursued literary interests.

On June 6, 1803, Izard married twice-widowed Elizabeth Carter Farley Banister Shippen of Philadelphia; they had met some years before in South Carolina. They had three sons.

Serving in the War of 1812, Izard accepted command of the Second Regiment of Artillery in the winter of 1811–12. Moved in 1813 to the District Three headquarters in New York, he was promoted to brigadier general. In August 1813, Izard joined General Wade Hampton’s division at the Plattsburg, New York, headquarters. In January 1814, Izard became major general, taking command of the Northern Army on Lake Champlain and later reinforcing the Army of Niagara.

On the Canadian front, Izard was outnumbered and ill supplied, and he proceeded cautiously. Following some raids into Canada, he elected to pull his troops back to winter quarters so he could have a better army in the spring. Izard received much criticism for this, and he retired from the army in 1814, returning to Philadelphia. Izard, stung by the criticism, in 1816 published his wartime correspondence with the Department of War in an effort to vindicate his war record. Izard described the next several years as unexciting and uneventful.

Hoping for a foreign diplomatic post, Izard had to be persuaded to accept the nomination by James Monroe, now president, to be Arkansas’s second territorial governor. The U.S. Senate confirmed his appointment on March 3, 1825, and he was commissioned the next day.

Arriving in Arkansas on May 31, 1825, Izard found territorial government unorganized, undisciplined, and lacking adequate record keeping; he also found the acting governor, Robert Crittenden, out of state. A man of order and discipline, he immediately set about the task of establishing record keeping and rectifying the territory’s financial disorder.

Izard soon advocated the establishment of an arsenal in Little Rock (Pulaski County) and, in a speech to the legislature in October 1825, highlighted the issues that would come to dominate his tenure as governor: natural resources, roads, treaties with Indians, Indian Removal, and the organization and strengthening of the militia.

A vital natural resource and valuable preservative during this era was salt. Izard negotiated the licensing, and extensions thereof, of salt work operations along the salt springs in Arkansas. He also provided reports of the salt reserves to the secretary of war.

Road development continued during Izard’s tenure, and it was during this time that some roads became adequate enough to see the use of the first stagecoaches in the territory.

Many Native Americans crossed Arkansas as they were moved from the eastern United States. Facing the possibility of confrontation, Izard began to advocate strengthening the militia. Although it had existed in the past, Izard oversaw the first real organization of the militia, and although unable to transform it into the viable military force he envisioned, he was able to make it useful in Indian Removal when there was an incursion of Shawnee and Delaware Indians in southwest Arkansas.

Otherwise, Izard’s negotiations with and removal of Indians, particularly the Quapaw and Cherokee, were successful for the most part. Further, when hostilities between tribes threatened to break out, Izard’s negotiation was usually effective at diffusing the situation.

Izard was a quiet, orderly, and scholarly man, and much of Arkansas’s rustic populace could not relate to him. He often preferred staying home and reading to attending social events and was even known to decline events that were to be held in his honor because he was too busy with his many avocations.

His tenure was also marked by uneasy relations with the legislature and the territorial secretary of state, Robert Crittenden. In October 1828, Izard called a special session of the legislature to deal with the issue of abolishing Lovely County and reorganizing the judicial circuits. The legislature was slow in acting, and Izard sent a special message to the assembly questioning the diligence of the body. The legislature responded with a strongly worded resolution questioning the “dictatorial power assumed by the governor of this territory.” Crittenden was indignant and frustrated at his failure to be appointed governor. Izard perceived Crittenden to be disorderly, arrogant, and a poor record keeper.

Izard’s wife remained in Philadelphia rather than move to Arkansas. Her death in September 1826 required Izard leave Arkansas that November to take care of personal business in Philadelphia. He returned in May 1827.

President John Quincy Adams reappointed Izard in 1828 to serve another three-year term. He served until his death on November 22, 1828, after a month-long illness resulting from an attack of gout. Izard was buried near the Peabody School in Little Rock, about where the current Federal Building stands. After Mount Holly Cemetery was established in 1843, Izard’s remains were moved to Senator Chester Ashley’s plot at Ashley’s direction. 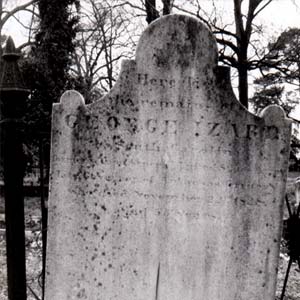