Major Ernest McDaniel pins the two stars of a major general on the jacket of Lucien Abraham (right). Abraham received a state commission as major general by Governor Francis Cherry in 1953. Abraham served with the 153rd Infantry of the Arkansas National Guard, spending most of the war in Alaska and the Aleutian Islands, with service on Umnak and in the landing on Kiska. 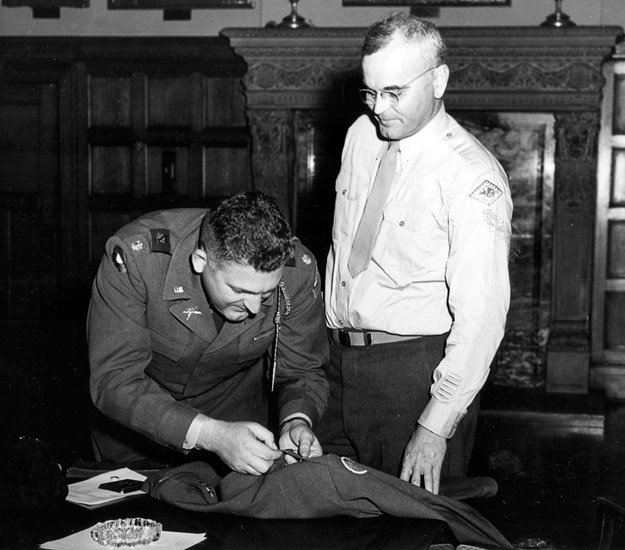