After the Civil War, as Arkansas struggled to reestablish local governments in the post-Reconstruction era, civil unrest was common. Governor William Miller was forced to call for support from the militia to keep the peace. Legislators saw this as interference in local politics, and, in 1879, the Arkansas General Assembly, over the governor’s veto, passed Act 44, which abolished the office of the adjutant general. Arkansas was without an adjutant general until the 1909 Arkansas General Assembly passed Act 337, reviving the office.

Act 337 was likely a result of the passage of the Militia Act of 1903 by the Fifty-seventh U.S. Congress. Commonly referred to as the Dick Act after its sponsor, Charles Dick (R-OH), the act gave federal status to state militias and required that they conform to standard army organizations, attend a minimum of training, and be inspected by a representative of the U.S. Army annually. In return, state militias were provided with federal equipment and were paid, with federal funds, for some of their training.

For additional information:
Castle, John T. Supplement to Kirby’s Digest of the Statutes of Arkansas. Vol. 1. Indianapolis: The Bobbs-Merrill Company, 1911. 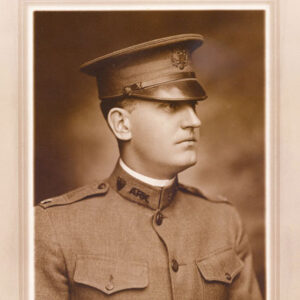