The Madison County Courthouse, built in 1939, is located at 1 Main Street in downtown Huntsville (Madison County). The Arkansas Historic Preservation Program recognizes the three-story building as architecturally and historically significant as a visible result of the New Deal and as an example of Art Deco architecture in Madison County. It was added to the National Register of Historic Places on November 9, 1992. The 1905 Madison County Courthouse sustained roof damage in the 1930s that totaled $600. This, along with the fact that the building was no longer adequate to house county affairs, prompted administrators to seek a new courthouse. At that time, the Great Depression had devastated local government budgets, leaving no money for a public works … Magnolia Manor is a historic home located in Arkadelphia (Clark County). Constructed by John B. McDaniel between 1854 and 1857, the house contains both Greek Revival and Italianate design elements. When the house was constructed, it was several miles from Arkadelphia, but the city grew to encompass the home. The name of the home comes from the massive magnolia tree in the yard that was planted by McDaniel shortly after the home was constructed. The house was added to the National Register of Historic Places on September 27, 1972. John B. McDaniel was born on May 5, 1811, in Marlboro County, South Carolina. He married Mary Ann Thomas on June 14, 1836, and the couple eventually had five children. McDaniel … The Main Street Bridge was originally constructed in 1924 as a vehicular structure, replaced in 1973, and altered in 1998; it is one of six bridges linking the downtown areas of Little Rock (Pulaski County) and North Little Rock (Pulaski County). As the downtown areas of Little Rock and Argenta (now North Little Rock) developed in the 1880s, it became apparent that a toll-free bridge independent of the railroad bridges across the Arkansas River was needed. Some people supported the idea of a bridge at the foot of Little Rock’s Main Street, while others thought it should start at Broadway. After years of debate and a series of bridge commissions, the Main Street site was adopted, and the Groton Bridge … The Majestic Hotel in Hot Springs (Garland County) was known as one of the most famous hotels in the South. For more than a century, the five-acre complex anchored the intersection of the main thoroughfares, Park and Central avenues, at the north end of Bathhouse Row in historic downtown Hot Springs. After numerous sales and a disastrous fire in February 2014, the fate of the Majestic property was uncertain. In 2016, it was decided that it would be demolished. Originally named the Avenue Hotel, the Majestic was built in 1882 on the site of the old Hiram Whittington House. The Avenue Hotel was notable for its amenities such as streetcar service to transport guests to and from the bath houses …

Makemie College, a Presbyterian institution chartered by the Arkansas General Assembly on January 7, 1853, was named for the Reverend Francis Makemie, considered by many to be the father of American Presbyterianism. The “Act to Incorporate Makemic [sic] College” is remarkably vague. It notes that the institution will be under the control of the Synod of Arkansas and allows trustees Samuel J. Baird, Thomas W. Newton, Joshua F. Green, Edwin R. McGuire, D. C. Montgomery, and William L. McGuire to locate the college “at such point within this State as they may select,” and to “establish in it departments for instruction in the arts and sciences, and any of the learned professions.” The trustees, who had yet to hold their …

Malaria is a serious infectious disease caused by a single-celled parasite known as a plasmodium, which is generally spread through mosquito bites. This disease caused incalculable suffering for thousands of Arkansans and other Southerners through the early twentieth century. Symptoms of malaria include high fever, chills, profuse sweating, malaise, headaches, nausea, vomiting, and diarrhea. These symptoms can appear within a week of initial infection but can vary with the different types of parasites. Complications can include anemia, liver failure, kidney failure, and breathing problems. Patients can suffer relapses years after the initial infection. If untreated, malaria can cause death. Along with pellagra and hookworm, malaria was one of three diseases whose symptoms contributed to the false stereotype of Southerners as …

The Malco Theatre, located at 817 Central Avenue in Hot Springs (Garland County), was built on a site that has housed vaudeville shows, silent movies, modern films, and specialty productions. The Malco, which was frequented by Bill Clinton as a boy, has played host to the prestigious Hot Springs Documentary Film Institute (HSDFI). The Art Deco building was added to the National Register of Historic Places on January 21, 2010. The Malco is currently home to the Maxwell Blade Theatre of Magic & Comedy. The economy of Hot Springs depended on lodging, dining, and entertainment to support its burgeoning tourism industry. In the late 1800s, Hot Springs attracted visitors from around the country to “take the waters.” After their therapeutic …

Social, environmental, and political forces have influenced—and often hindered—Arkansans’ access to nutritious food. From outright hunger to nutrient-specific deficiencies like pellagra, malnutrition contributed to stereotypes about “lazy southerners” Through much of the state’s history. The American Mercury’s 1954 description of Arkansas as a land of “malnutrition, mental disability, hookworm, [and] hogs” did little to refute this stereotype. Although nutrition interventions focused heavily on the Delta area by the conclusion of the twentieth century, Arkansas as a whole received the dubious distinction as having the fifth-highest rate of food hardship in the nation of all states in 2012, according to the Food Research and Action Center. Historical Background Some of the earliest evidence of malnutrition in what is now Arkansas can be …

The Malvern Rosenwald School was constructed in 1929 with support from the Julius Rosenwald Fund. It was added to the National Register of Historic Places on September 28, 2005. After serving as a school for many years, the building was used for various community programs. The Julius Rosenwald Fund offered financial support to projects to construct buildings for the education of African Americans across the South. State records indicate that the fund aided in the building of a total of 389 school buildings (schools, shops, and teachers’ homes) in forty-five counties in Arkansas. (A total of 4,977 schools, 217 teachers’ homes, and 163 shop buildings were built in fifteen states across the South with the assistance of more than $4.3 …

Arkansas’s assemblage of mammals contains both domesticated and wild species, as well as humans. The agriculture and pet industries within Arkansas are enhanced by domesticated mammals. Wild mammals can be grouped into two categories: game (species with hunting seasons) and non-game (species without hunting seasons). All mammals are classified into the class Mammalia. Mammals—along with birds, fish, amphibians, and reptiles—belong to a large group known as the vertebrates (animals possessing a backbone). Mammals share common features with each other, including being homeothermic (constant internal body temperature), having hair, having mammary glands (milk-producing structures in females), and being able to give live birth. Some mammals found outside of Arkansas, such as dolphins and whales (order Cetacea), have very small amounts of …

Mammoth Spring is the largest spring in the state of Arkansas, the second largest in the Ozark Mountains region, and the seventh largest in the United States. This National Natural Landmark is located within the boundaries of Mammoth Spring State Park. Approximately 497 feet from the Missouri state line in north-central Arkansas, it is within sight of U.S. Highway 63 and the city of Mammoth Spring (Fulton County). Though the spring has always been known as “big” or “mammoth,” the first known settlers in the 1820s created a small village called “Head of the River,” which would later be renamed Mammoth Spring. Water flows from the spring at an average rate of 9.78 million gallons per hour, with a constant …

Directed and co-written by Mark Stouffer, brother of Arkansas-born documentary filmmaker Marty Stouffer, Man Outside (1987) is a modestly budgeted independent romance-thriller made and set in rural Arkansas. In an effective opening sequence, Arkansas-born lawyer Jack (played by Robert Logan) speeds his expensive sports car recklessly across Mississippi and Arkansas, finally crashing and abandoning the vehicle in the Ozarks woods. Remorseful that his wife had died in a house fire while he was out drinking, Jack becomes a hermit—with enough funds to afford a house much nicer on the inside than the outside. He is friendly only with a few subsistence farmers, although college professor Grace (Kathleen Quinlan) makes some progress befriending the recluse. After a local boy disappears, Jack …

The mining of manganese ore was a very important economic activity in Arkansas between 1849 and 1959. The region around Batesville (Independence County)—including about 100 square miles located in northwestern Independence County, southeastern Izard County, and northeastern Stone County—has produced more than ninety-eight percent of the manganese ore shipped from Arkansas. A second area including portions of Polk and Montgomery counties also contains manganese ores. The first commercial exploitation of manganese was by Colonel Matthew Martin. Between 1848 and 1850, Martin purchased large tracts of land containing the ore, and, between 1850 and 1852, he shipped small quantities of manganese from Penter’s Bluff (Izard County) on the White River to Boston, New York, Philadelphia, and even Liverpool, England, where it …

The Manila Depot Museum is housed in the old train depot located at the corner of Baltimore Avenue and North Dewey Street in Manila (Mississippi County). The depot was built around 1910 after the original depot was destroyed by fire following a lightning strike. The museum was established in 2001. In 2014, it expanded into another building, which became known as the Main Street Historical Museum. The mission of both museums is to preserve, display, maintain, and interpret Manila’s rich heritage through artifacts, photos, newspapers, personal mementos, and oral histories. The museum seeks to promote education and awareness of the extensive diversity of the area by preserving and promoting collections that reflect the history of the people of Manila. The … 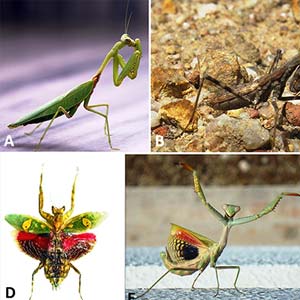