The Pleasant Street Historic District in Hot Springs (Garland County), located near Bathhouse Row in Hot Springs National Park, represents the most intact area of the city’s historic African-American community. In fact, it is the largest historic district in Arkansas composed of buildings constructed by and for African Americans. Originally, the district included ninety-six homes, but that number had fallen to seventy-seven by the twenty-first century. Buildings in the district represent the remaining fragment of the neighborhood, now surrounded by new development and ever-changing major thoroughfares through the city (E. Grand/Highway 70 and Malvern Avenue). Two buildings in the district were previously listed on the National Register of Historic Places: Visitors’ Chapel A.M.E. Church at 317 Church Street and the Woodmen of the Union Building (a.k.a. the National Baptist Hotel and Sanatorium, later the Home Harbor for Senior Adults) at Malvern and Gulpha. The twenty-eight-acre district was listed on the National Register of Historic Places on June 20, 2003.

Though largely changed from its historic appearance on its perimeters, the district reflects the development of the neighborhood through its built environment, a collection of buildings that includes churches, residential structures, and commercial structures ranging in construction date from the early twentieth century through the 1950s. The buildings in the district are generally restrained in detail but reflect the influences of such architectural styles as the Italianate, Queen Anne, and Colonial Revival, including one-story Craftsman bungalows with the typical exposed rafters, front porches supported by columns on piers, and low, horizontal emphasis; there also representatives of Moderne and Minimal Traditional styles. Most of the houses have a cast concrete foundation and are brick veneered, specifically in dark red brick.

The Pleasant Street Neighborhood entered its most prolific period of development and growth in the 1920s. Fifty-one of the buildings in the district were constructed during this period of extensive growth in Hot Springs. With tourism related to bathing in the spring water, gambling, horse racing, and music, the city enjoyed a significant period of prosperity and growth in the twentieth century. In its heyday, the prosperous, racially mixed neighborhood encompassed residential and business development on Church, Cottage, Gulpha, Garden, and Pleasant streets, continuing the growth of previous decades as home to businessmen and professionals who helped shape the development of Hot Springs.

On the southeast side of the district, located on Church Street, the Reverend Henderson Patillo organized the Visitor’s Chapel A.M.E. Church beneath a brush arbor in 1868. A couple of years later, Joseph Reynolds of Chicago, Illinois, who operated the “Diamond Jo” railroad, donated land that enabled Visitor’s Chapel to build a sanctuary at 303 Church Street, about a block east of Malvern Avenue. Two fires devastated the building, but it was rebuilt by congregants after the 1913 fire and still stands in the twenty-first century. The existence of the church, which derives its name from the visitors who were sent there from the nearby railroad depot, suggests that a significant black population was settling in the neighborhood around the church. The church remains a cornerstone today of the Pleasant Street Historic District.

John Lee Webb made a significant impact in the neighborhood through construction of a number of residential and commercial buildings. Built in 1918, the structure at 133 Pleasant Street originally housed a restaurant, grocery store, and offices. Webb bought the two-story building in the 1930s and converted it into a school and dorm for nurses and bath attendants. Webb donated the building to the surrounding community in 1945 as the Emma Elease Webb Community Center, named after his daughter, and it remains an important part of the neighborhood. Known for many years as the John L. Webb House, the Victorian-style house at 403 Pleasant Street was home to the Webb family from the early 1920s through the 1950s; it has remained a focal point in the district.

The Malvern Avenue Commercial Corridor eventually became known as “Black Broadway” and was anchored by the Pythian (no longer standing) and Woodmen of the Union bathhouses. During the 1920s and early 1930s, the Malvern Avenue business district off Bathhouse Row in downtown Hot Springs peaked in commercial activity as numerous black- owned hotels, restaurants, physicians’ offices, barbershops, dry cleaners, and other businesses thrived alongside white establishments. Until the Great Depression of the 1930s, the four-story, brick Woodmen of the Union Building, stretching an entire block on Malvern between Gulpha and Garden streets, attracted thousands of people with its baths, seventy-five-bed hotel, and 2,000-seat auditorium.

The four-story brick Woodmen of the Union Building in the 500 block of Malvern Avenue in 1922–23 was constructed during the district’s most prolific building period. The building spans the entire east side of the 500 block of Malvern and remains the most significant structure in the district. Webb, Supreme Custodian of the Woodmen of Union Building, was responsible for the construction of the building; he solicited the help of acclaimed black architect Walter T. Bailey to design the building. The red brick walls are trimmed with cream-colored, Classical Revival–style terra cotta decorations, including porch columns, brackets, belt courses, and cornices.

Adjacent to a large complex containing the Hot Springs Civic and Convention Center and Hotel Hot Springs, the neighborhood retains continuity in its residential area while struggling in the face of the decline and subsequent demolition of much of the historic commercial fabric of the area along Malvern Avenue. An August 10, 2015, report commissioned by Valenzuela Preservation Studio, LLC, for the City of Hot Springs outlined certain threats to the district in the twenty-first century: “A total of 93 properties were evaluated during the historic resources survey update project. The original nomination included 91 resources and of those, 73 were listed as Contributing resources (80%). The current survey effort concluded that 12 buildings included within the nomination have been demolished. Six of the buildings demolished were listed as Contributing to the NRHP historic district. Of greatest concern at this time is the number of vacant properties within the historic district. A total of fourteen buildings listed as contributing in the 2003 NRHP nomination are currently vacant and exhibit moderate to significant signs of deterioration. This increases the likelihood that the properties will fall into disrepair and be threatened with demolition.” 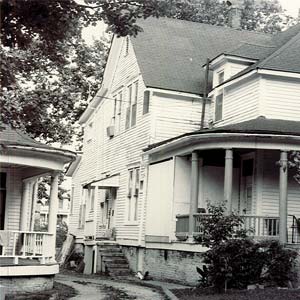 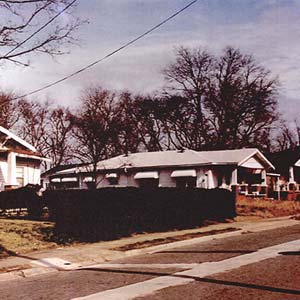