Released in 2006, Come Early Morning is a movie written and directed by Joey Lauren Adams, best known for her acting roles in Dazed and Confused (1993) and Chasing Amy (1997). It was filmed primarily in Adams’s hometown of North Little Rock (Pulaski County), with several scenes shot in her grandmother’s house. The movie stars Ashley Judd as a working-class woman who spends her weekends getting drunk in bars before going to a motel for one-night-stands, after which she quickly leaves “come early morning.” In the New York Times, reviewer Stephen Holden said that Adams, in her filmmaking debut, “knows how these people speak and has a finely tuned awareness of their relationship to an environment where beer flows like water.”

The movie was shot in and around North Little Rock, including the Pulaski Heights section of Little Rock (Pulaski County) and in nearby Lonoke (Lonoke County). The R-rated movie is spare, running only ninety-seven minutes. Come Early Morning was actor Pat Corley’s final film. It also features Jeffrey Donovan, Stacy Keach, Diane Ladd, Tim Blake Nelson, Laura Prepon, and Scott Wilson. Its premiere prior to nationwide release was held at the Market Street Cinema in Little Rock on December 14, 2006.

The film was selected from more than 1,700 submissions to screen at the prestigious Sundance Film Festival in Park City, Utah, in 2006. After viewing it, noted film critic Roger Ebert praised the film for the complexity of its lead character, Lucy Fowler, played by Judd. He especially noted the film’s arc when she meets a “good guy” (Donovan), stating that in a more conventional movie, she would learn to love him and resolve her issues. Ebert quotes Adams as telling the audience at the Sundance premiere: “I didn’t want this movie to be about how all her problems are solved when she meets the right guy.”

Ebert continued, “Adams, an actress who works too rarely (she was wonderful in Kevin Smith’s Chasing Amy), makes her directing debut with Come Early Morning, and it has the assurance of a thoughtful filmmaker who knows her characters and how to tell their stories with no wrong steps or awkward moments.” Ebert included Come Early Morning in his column citing the best movies of 2006.

Adams is quoted as saying she had never previously directed or even held a home video camera. She stated that she turned to writing and directing Come Early Morning after getting tired of “playing the girlfriend” and sitting at home waiting for a script to come to her. According to the Internet Movie Database (IMDB), Adams wrote the part of Lucy for herself but felt that she could not both act in and direct the movie. Instead, she gave the part to Ashley Judd, who committed to star in the film immediately after reading the screenplay at the 2005 Sundance Film Festival. Adams had spent five years working to raise the money needed to begin filming, and Judd’s attachment to the movie helped to raise $6 million.

The film received generally favorable reviews, with most critics praising the unconventional ending in which audiences do not know whether Lucy’s lifestyle will change after meeting the “good guy.” Along with Judd’s performance, reviewers lauded Adams’s directorial debut. 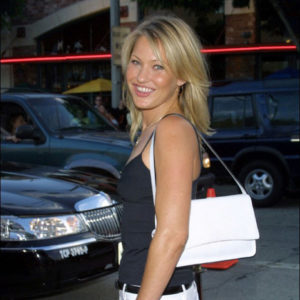