Arkansas has long been an ideal place to see butterflies and moths, but an increase in public awareness has occurred since the mid-1990s with the publication of scientific papers and checklists, as well as the emergence of special events in state parks.

Butterflies and moths are classified in the insect order Lepidoptera, meaning “scale-wing.” Of approximately 350,000 species of butterflies and moths on earth, approximately 15,000 species are butterflies. Butterflies are distinguished from moths by the thousands of microscopic scales that create the color patterns on both sides of the wings. During a typical year, 134 butterfly species may be sighted in Arkansas, including year-round residents, summer residents, and migrants; 94 of these species live on Mount Magazine. An estimated 2,500 to 3,000 species of moths occur in Arkansas. Most of the state’s native butterfly and moth species are widespread throughout the eastern United States and part of the western states. Butterfly and moth populations are affected by seasonal climate, and thus the populations and number of species sighted each year fluctuate.

Although there is no known butterfly or moth species native to Arkansas, a few of the butterflies inhabiting Arkansas occur in small populations isolated from the species’ larger, normal range due to factors such as climate, host plant availability, opportunity, competition, or geographic barriers such as rivers and mountain ranges. A good example is a Baltimore checkerspot (Euphydryas phaeton ozarkae), a subspecies recorded inhabiting the Arkansas and Missouri Ozarks.

Butterflies and many moths are important to the food web as plant pollinators, second only to bees in effectiveness. They provide a source of protein for predators such as birds, amphibians, spiders, and other insects, and assist in the decomposition of animal carcasses and waste by imbibing amino acids, sodium, and other fluids, and then recycling these nutrients. On average, adult butterflies and moths live two to three weeks. They are great reproducers, and many species produce three or more broods each year.

Although less than one percent of all insect species are considered pests, several butterfly and moth caterpillars cause millions of dollars in damage to Arkansas’s agricultural economy each year. The most notorious are the moth larvae of the corn earworm (Helicoverpa zea, also known as the bollworm), tobacco budworm (Heliothis virescens), armyworm (Mythimna unipuncta), and cutworms such as the variegated cutworm (Peridroma saucia). Gypsy moth (Lymantria dispar) caterpillars can destroy thousands of acres of forest vegetation in a single season, and their populations are monitored by the Arkansas Plant Board. As of 2007, a gypsy moth invasion has not occurred in Arkansas for several years.

Arkansas has a rich butterfly and moth heritage, although the areas the species inhabit seemingly change each year. Habitat degradation and poor land management practices are the main causes of decline in the number of individuals that breed within a population each year. Butterflies and moths serve as biological indicators as they are sensitive to pollution. Areas of heavy urban development in northwest Arkansas have reduced habitat. Natural variables such as drought, flooding, parasites, fungal diseases, viral infections, and predation can lead to fewer adult butterflies and moths being able to reproduce.

More butterflies can be seen by tourists and enthusiasts in the mountainous regions of the Ozark Mountains, the Arkansas River Valley, and the Ouachita Mountains. Examples are the Diana fritillary (Speyeria diana), great spangled fritillary (Speyeria cybele), and silvery blue (Glaucopsyche lygdamus). The wetlands of the Delta and Crowley’s Ridge harbor varieties of butterflies not found in the mountainous regions. Examples are the bronze copper (Lycaena hyllus), phaon crescent (Phyciodes phaon), and long-tailed skipper (Urbanus proteus).

Being cold-blooded, butterfly and moth species have adapted to surviving cold temperatures, but each species overwinters in a different stage of the life cycle. Like most insects, butterflies and moths survive Arkansas winters in a dormant state known as diapause. Insects produce the same anti-freeze compound used to winterize motor vehicles. This prevents formation of ice in insect blood. For many species, winter is spent in the pupal stage. Several butterfly species spend the winter as adults under bark, in log piles, or in leaf litter. Adults that overwinter include the question mark (Polygonia interrogationis), mourning cloak (Nymphalis antiopa), and red admiral (Vanessa atalanta). All swallowtail butterflies, such as the zebra swallowtail (Eurytides marcellus), overwinter as chrysalises in Arkansas.

Many long-living adult butterflies and moths migrate or emigrate south to avoid dying due to the cold. Monarch butterflies (Danaus plexippus) are the most famous for their migrations to southern Mexico each fall, followed by a journey north each spring, a spectacular biological phenomenon. (However, a loss of milkweed due to mowing along state highways led to a severe decline of Monarchs in the state in 2019.) The common buckeye (Junonia coenia), painted lady (Vanessa cardui), and American lady (Vanessa virginiensis) undertake yearly migrations but not to the same winter sanctuary as monarchs. Some butterfly and moth species emigrate north each summer to reproduce, then quickly die out as winter comes; their numbers are repopulated by emigrants the following year.

The easiest habitats in which to access butterflies and moths are open areas with flowers in the daytime. Adults need the sugary nectar for energy and egg production rather than growth. However, not all butterflies and moths drink nectar. The males of many butterfly species gather at damp areas to imbibe mineral salts, known as “mud-puddling.” Males use these salts for their own bodily functions, but they pass them to the female in the spermatophore during copulation. These mineral salts seem to aid female egg production. Males and females may be observed imbibing mineral salts and amino acids from carnivore scat, horse urine, and rotting animal carcasses.

Although many diurnal (active in the daytime) moths exist, most can be viewed at night with the aid of a porch light, ultraviolet light, and flowers that open at night. Examples of diurnal species include the eight-spotted forester (Alypia octomaculata), yellow-collared scape moth (Cisseps fulvicollis), and snowberry clearwing (Hemaris diffinis).

Interest in using butterfly-specific host and nectar plants in gardening has been growing since 1992. This land management is likely responsible for the increased prevalence of several butterfly species such as the Diana fritillary and southern dogface (Zerene cesonia). Many teachers throughout Arkansas have included butterflies in their curricula.

Citizens have gotten involved with butterfly/moth awareness and conservation, providing a multitude of new information each year on native species, including their ranges, their behavior, and the host plants preferred by caterpillars. The Arkansas Department of Transportation wildflower program, as well as state and federal agency–prescribed burning regimes, mowing, and thinning have positively affected Arkansas’s butterfly/moth populations. After controlled burns reduce leaf litter, enabling more sunlight to reach the forest floor, more wildflowers are able to grow, providing nectar. Some wildflowers, such as purple coneflower (Echinacea purpurea) and butterfly milkweed (Asclepias tuberosa), may bloom a second time when mowed or cut back after the first season’s bloom. These plants grow thicker and produce more blooms the following season when mowed in late fall. State parks, national forests, wildlife refuges, and wildlife management areas have been acquired to provide and maintain sustainable habitat for all wildlife. The Arkansas Natural Heritage Commission and the Nature Conservancy’s Arkansas field office acquire natural areas that provide important habitat for wildlife but target specific species in peril. Searle’s Prairie in Rogers (Benton County) was acquired to help protect the nectar plants monarchs use during fall migration. The Arkansas Natural Heritage Commission records butterflies and moths considered rare within the state, as does the United States Department of Agriculture (USDA) Forest Service within the national forests. Preservation programs and management practices are driven by this data. Twenty-eight butterflies and one moth species in Arkansas have been identified as rare, threatened, or vulnerable. The most visible butterfly on this list is the Diana fritillary, followed closely by several skippers only found in prairies.

Given the growing interest in the butterflies and moths in Arkansas, the Ozark Society Foundation published the guide Arkansas Butterflies and Moths, written by entomologist Lori Spencer, in October 2006. Another manifestation of this interest occurred in the 2007 regular session of the Eighty-sixth General Assembly of the State of Arkansas, when Representative John Paul Wells introduced House Bill 1005 to designate the Diana fritillary as the official state butterfly. The House and Senate approved the bill, and it was signed as Act 156 of 2007 by Governor Mike Beebe on February 28. Diana fritillary butterflies are relatively large (3.5-inch wingspan) and unique with bright orange and brownish-black males, contrasting with the larger, iridescent black-with-blue females. The Diana fritillary thrives in habitats providing accessibility for Arkansans and visitors to observe with ease. The adult butterflies can be observed in forest openings and along roadsides as they feed on flower nectar.

Today, Arkansans and tourists have a rich butterfly and moth heritage to discover. Many people collect paraphernalia and garden specifically for butterflies and moths. Others simply enjoy observing and photographing them in their natural habitat. Many butterflies and some moths are featured on popular souvenir items, enhancing Arkansas’s economy and distinction as the Natural State. 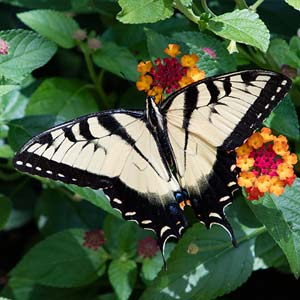