The first settlers arrived in the early 1800s, and although Native Americans had already left the area, their remnants have been discovered. Indian mounds can be found on Bay’s north side. Originally, three such mounds existed, but only two remain. These mounds were investigated in 1883 for the Bureau of American Ethnology. The mounds have never been fully investigated, and their purpose remains uncertain. Local legend holds that the mounds were sacred burial grounds and give this as the reason that Bay has never been hit directly by tornadoes.

By the time Craighead County was formed in 1859, a few white settlers had come to the area. Due to the New Madrid Earthquakes of 1811–1812, sunken land surrounded the area, and wild game and good farm land were plentiful once the timber had been cleared. Growth of the area was hampered, however, due to hardship of transportation.

By the 1860 Census, the total population was 306. Forty residents over twenty years old could not read or write, and only twelve residents attended school. There were sixty homes. In 1871, Squire Beaty planned a local government and developed streets, but the exact details of his work were not recorded.

By 1883, Bay became a small village known to others only due to the railroad (once known as the Kansas City, Springfield, and Memphis—part of the St. Louis–San Francisco Railway Company, popularly known as the Frisco) that came through the area. People came to call the area “Bay Siding” or, due to the large slough, “Big Bay.” As the village grew in population, and the post office had been established, the national post office asked for a community name and population estimate. The request was returned as “Big Bay,” with the population noted as “a big neighborhood.” At the suggestion that the name be shortened, the area became known as simply Bay. The town had established many businesses, mostly due to the interest of timber companies in the Northern states, which would purchase large tracts of land and put in sawmills at certain points in the surrounding area. At this time, Bay had a sawmill, two churches, and two boarding houses, as the railroad used Bay as a regular stop.

In 1913, this small village was incorporated with an estimated population of 300. In that same year, and again in 1918, the city suffered a flood. The next decade offered prosperous farming times, but the city suffered once more during the Great Depression. After World War II, Bay once again began to flourish. The Corps of Engineers built levees to control the flooding of the St. Francis River (involved in the floods of 1913, 1918, 1927, and 1937). After the levees were built, farming improved, and Bay has been since spared from torrential flooding.

Cotton crops once brought in a good income, and soybean and rice fields were profitable. However, family farms hit an all time low in the 1970s. Only a small number of family farms survived the decade, but the land outside the city limits is still planted with crops, including cotton, beans, rice, and corn.

New additions came to the city in the early 1970s when apartments and subdivisions were built by the Blalock Brothers. Since the 1970s, the city has seen the addition of three subdivisions. The city supports seven churches within its city limits, two cotton gins, a popular bridal store, electrictronics shop, and several other businesses.

Famous Residents
Wally Moon was the 1954 National League Rookie of the Year as a member of the St. Louis Cardinals. As a member of the Los Angeles Dodgers, he was also an All-Star in 1957 and 1959 and a World Series champion in 1959 and 1965. 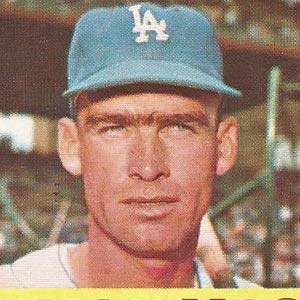