Edwin Ruthvin (Ed) Bethune Jr., a lawyer and lobbyist in Washington DC, served as a Republican member of the U.S. House of Representatives from 1979 to 1985 from the Second Congressional District of Arkansas.

Ed Bethune was born on December 19, 1935, in Pocahontas (Randolph County) to Edwin Bethune Sr. and Delta Lewallen Bethune. He has one sister. Although he grew up in Pocahontas, Bethune spent one year in Little Rock (Pulaski County), attending Little Rock High School (later called Central High); Bethune graduated from Pocahontas High School in 1953. He attended one semester at the University of Arkansas (UA) in Fayetteville (Washington County) and followed that with four years in the U.S. Marine Corps (1954–1957), during which time he served in Korea, reaching the rank of sergeant prior to leaving the service. He then returned to school, first attending Little Rock Junior College, then returning to the University of Arkansas in Fayetteville. Bethune obtained a BS in business administration from UA in 1961 and followed that with a Juris Doctor degree from the University of Arkansas School of Law in 1963. He served as the deputy prosecuting attorney of Randolph County from 1963 to 1964. From 1964 to 1968, Bethune served as a special agent for the Federal Bureau of Investigation (FBI) and was prosecuting attorney for the First Judicial District of Arkansas from 1970 to 1971.

Bethune married Lana Douthit, whom he had met at Little Rock Junior College, on January 24, 1959; they have two children.

Bethune started his political career in 1972 with an unsuccessful bid to defeat Democrat Jim Guy Tucker in the race for attorney general. In 1978, Bethune was elected to the U.S. House of Representatives, where he served three terms (1979 to 1985). During that time, he served on the budget, banking, and small business committees. Bethune also broke rank to oppose President Ronald Reagan’s proposal to sell Airborne Warning and Control System (AWACS) reconnaissance planes to Saudi Arabia—a proposal opposed by Israel. In 1983, along with Senators Dale Bumpers and David Pryor, Bethune was instrumental in the establishment of the Arkansas Wildlife and Refuge Act, which established nine wildlife and refuge parks in Arkansas under the federal government with the support of federal funds.

Bethune did not seek a fourth term in the U.S. House of Representatives in 1984; he opted to run for the U.S. Senate against the well-liked incumbent, David Pryor. He was hoping to ride the reelection coattails of President Reagan, who won by a large Electoral College margin, carrying 525 of the 538 electoral votes. Nevertheless, Pryor easily defeated Bethune in his senatorial bid, 57.3 to 42.7 percent. Bethune served as the chairman of the Republican Party of Arkansas from 1986 to 1988, working to revamp the party in the state. For much of 1987, Bethune also was president and CEO of First Federal Savings & Loan, at the time the largest Savings & Loan institution in Arkansas.

Bethune returned to the legal profession, serving as a lobbyist in the Washington DC office of Patterson, Bracewell, and Giuliani. He represented the railcar industry’s Burlington Northern, as well as missile defense and intelligence contractor Raytheon. In addition, Bethune is widely regarded as an expert in ethics and public service issues. This expertise was called into service when he represented former Speaker of the House Newt Gingrich, former Majority Leader Tom DeLay, and other members of Congress facing allegations of congressional ethics violations in the 1990s. He also served as an advisor to the Homeland Security Practice Group, which laid the foundation for the establishment of the Homeland Security Department. Bethune is also a member of the Republican Chowder and Marching Society, which was formed by fifteen young Republican representatives in the late 1940s to oppose monthly bonuses for war veterans, which they considered too expensive. As of 2016, Bethune resides in Little Rock, Arkansas.

He published his memoir, Jackhammered: A Life of Adventure, in 2011. In 2014, he self-published the novel Gay Panic in the Ozarks, followed in 2016 by A Pearl for Kizzy, a novel set during World War II. He released a sequel to the latter book, The Thinking Spot, in 2020. 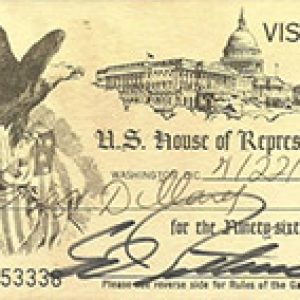