The Arkansas State Archives (ASA), located in Little Rock (Pulaski County), is the official state archives of Arkansas and houses the state’s largest collection of documents, publications, photographs, and other material relating to Arkansas history.

The Arkansas History Commission, as the institution was originally named, was established by the Arkansas General Assembly in 1905 as part of the burgeoning state archives movement that swept the South shortly after 1900. It was created largely through the efforts of John Hugh Reynolds, a history professor at the University of Arkansas (UA) in Fayetteville (Washington County). “The Commission exists,” Dallas T. Herndon, the first executive secretary and director wrote in 1911, the year the legislature finally appropriated funding for the commission, “to gather the records of all [of Arkansas’s] local and state activities, past, present, and future; to preserve and classify these records; [and] make them accessible to the public.” The commission obtained its first permanent quarters in the then new State Capitol building in 1915. Over the next several decades, Herndon crowded into his small offices a remarkable collection of museum objects, historical manuscripts, public documents, books, and pamphlets.

In 1935, due to the expansion of state government, Herndon was forced to give up much of the commission’s already limited office space. Many of its irreplaceable manuscript collections and other items were placed in the dark, dank basement of the capitol. Here, they were not only inaccessible to the public but were in real danger of being damaged or destroyed by damp, dangerous storage conditions. For the next fifteen years, the commission and its small staff spent much of their time fighting for the agency’s very survival.

After World War II, a successful preservation movement, led by various women’s groups across the state, rescued the Old State House in Little Rock from the wrecker’s ball. The commission was able to obtain the promise of new, larger quarters in this building if restoration plans went through. In April of 1951, Herndon supervised the move of the fruits of his forty years of archival labor into the west wing of refurbished building.

In 1953, Herndon was succeeded as director by Ted R. Worley, a college professor from what is now the University of Central Arkansas (UCA) in Conway (Faulkner County). Under his short but progressive tenure, several much-needed improvements were made to the commission’s facilities. Perhaps the most important were the addition of a three-story archival storage annex to the north side of the Old State House and the establishment of an agency microfilming program.

As a result, Worley was able to encourage visits by researchers to the commission’s facilities for the first time in many years. His new storage space allowed him to set aside an area for the use of a modest but growing number of historical and genealogical researchers. To meet their needs, he purchased a small collection of U.S. Census records for Arkansas and a few microfilm rolls of the early files of the Arkansas Gazette and obtained the commission’s first microfilm reader.

In 1960, chronic ill health forced Worley to resign, and the Arkansas History Commission chose John L. Ferguson as his successor. Early in his tenure, Ferguson expanded Worley’s work by acquiring additional manuscript collections and other research materials. With funds from the state Civil War Centennial Commission, he obtained a large microfilm collection of materials relating to the Civil War in Arkansas and additional holdings of U. S. Census records from the National Archives in Washington DC. He also made a major commitment to support the commission’s in-house microfilming program.

By the late 1960s, it was evident that the commission’s current quarters were inadequate. In 1974, the General Assembly included new facilities for the Arkansas History Commission in the soon-to-be-constructed One Capitol Mall Building. Work began in 1976, and the commission moved into its new facilities of almost 30,000 square feet. in the spring of 1979. Since then, over 600,000 patrons have used the commission’s facilities. In April 2005, Ferguson announced his retirement after forty-five years of public service. He was replaced as director by Wendy Richter from Ouachita Baptist University (OBU). She continued in the position for over seven years, leaving in late 2012, and was replaced by Lisa K. Speer of Southeast Missouri State University in April 2013.

In 2016, during a special session of the Arkansas General Assembly, legislation promoted by Governor Asa Hutchinson transferred the Arkansas History Commission from the Department of Parks and Tourism to the Department of Arkansas Heritage (DAH), renaming it the Arkansas State Archives. The powers of commission members, who originally administered the agency, were reduced to a largely advisory function, with the director of the institution now serving at the pleasure of the head of DAH. On February 6, 2018, Speer resigned her position as head of the archives. She was replaced by her predecessor, Richter, the following month. Richter retired in August 2019, and that December, David Ware was chosen to be the new director.

The Arkansas State Archives started the Arkansas Digital Newspaper Project (ADNP) in 2017 to digitize historic Arkansas newspapers from microfilm held at ASA. The ADNP is part of the National Digital Newspaper Program (NDNP), a partnership with the Library of Congress with funding from the National Endowment for the Humanities (NEH). The goal of this project is to provide free online access to historic newspapers (1690–1963) across the United States and U.S. territories. The digitized newspapers are available on the Library of Congress’s Chronicling America website, where they can be searched by keyword and sorted by location, date, or newspaper name. To select the newspapers to be digitized, ASA created an advisory committee of experts from across Arkansas who recommended titles that would offer the most varied coverage of the history of Arkansas. In addition to digitizing mainstream newspapers of the day, ASA began working to digitize the newspapers of underrepresented communities, including women-owned, minority-owned, and foreign language papers. Since 2017, ASA has digitized hundreds of thousands of historic newspaper pages. 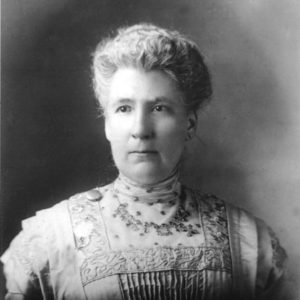