The Garland County Historical Society (GCHS) was organized on April 19, 1960, to preserve and encourage interest in the history of Garland County. The first officers were John Connelly, president; Mary D. Hudgins, vice president; Capitola Glazner, secretary; Dr. Francis J. Scully, treasurer; and Sam Sargo, Nathan Schoenfeld, and Katherine Creason, who formed the board of governors. The same year it was founded, the society published the first volume of its journal, The Record. Originally a quarterly, The Record is now a yearly publication that has won numerous awards from the Arkansas Historical Association. Inez Cline served as the editor of The Record from 1963 to 1986 and as associate editor from 1987 to 1988. The historical material she gathered …

The General Federation of Women’s Clubs (GFWC) is an international organization dedicated to volunteerism and social reform. The Arkansas Federation of Women’s Clubs (AFWC) was admitted to the General Federation of Women’s Clubs in May 1897. Clubs belonging to AFWC have been leaders in fundraising and lobbying efforts to improve Arkansas. Some accomplishments include the establishment of libraries across Arkansas and the preservation of the Old State House in Little Rock (Pulaski County). The AFWC was formed at a conference held on April 22–23, 1897. Forty-six representatives from twenty-five clubs around the state met at the Capital Theater in Little Rock after being called together by Mrs. William C. Ratcliffe, who was there elected to lead the organization as president. …

German immigrants played a significant role in the development of Arkansas’s economy and in the founding of many social, religious, and cultural institutions, even though the number of German immigrants never represented more than one percent of the state’s population. Long after German immigration to the state reached its peak in 1882, evidence of the immigrants’ presence remains. Colonial and Territorial Years through Early Statehood As the eastern United States became more crowded, people of all backgrounds followed the transportation routes, primarily the rivers, looking for less crowded living conditions and greater opportunity; a few reached Arkansas. The censuses taken during the 1790s at Arkansas Post included fewer than ten German families, settlers who probably came from the Vincennes area … 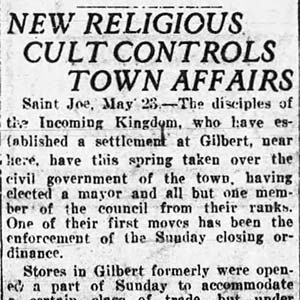 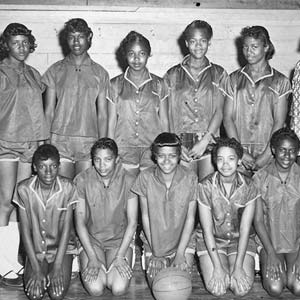 Gladys McFadden and the Loving Sisters were an African-American gospel group based in Little Rock (Pulaski County). At its artistic peak in the 1970s, the group’s adventurous, contemporary style put its sound outside the realm of traditional gospel music. The group—which included McFadden as well as Jo Dumas, Ann James, and Lorraine Leeks—was inducted into the Arkansas Black Hall of Fame in 2003. Gladys McFadden was born on September 10, 1934, in Little Rock. Her father, Aaron Williams, was a pastor, and her mother coached their church choir. McFadden sang in that choir until age nine, when she founded a group she christened the Loving Sisters, as the group included one of McFadden’s sisters, as well as a friend who …

aka: Arkansas Council for International Visitors

God's Not Dead: A Light in Darkness Cast

Goodwill Industries of Arkansas is a not-for-profit enterprise agency that brings work to low-income individuals who otherwise face significant barriers to employment, including generational poverty and dependence on public aid, physical or mental disabilities, homelessness, periods of incarceration, substance abuse, or long-term unemployment. Goodwill Industries serves Arkansans with a host of rehabilitation services, career services centers, retail stores, and attended donation stations throughout the state. Goodwill Industries was founded in 1902 in the South End of Boston, Massachusetts, by Edgar J. Helms, a Methodist minister, who believed that all people should have the opportunity to work without regard to race, disability, or criminal history. Helms’s philosophy, summarized in the phrase “Not charity, but a chance,” expanded into a worldwide network …

The Grand Army of the Republic (GAR) was a fraternal organization for Union veterans. The first GAR posts (chapters) originated in Illinois in 1866. The patriotic organization had a surprisingly strong presence in Arkansas, a Confederate state. In the 1860s, the earliest Arkansas chapters had many African-American veterans of the Union army living in Arkansas. Toward the end of the nineteenth century, GAR chapters tended to be controlled more by white Arkansans uncomfortable with the post-Reconstruction resurgence of the Democratic Party in Arkansas. One of the first goals of the GAR was to assist widows and orphans of fallen Union soldiers and sailors. The organization’s motto was: “Fraternity, Charity, Loyalty.” Soon after it organized, the GAR pushed for the establishment …

The ancient Christian Greek Orthodox Church claims a founding by Jesus Christ and his apostles, as described in the Book of Acts in the Bible, along with a claim to an unbroken historical existence. Orthodox Christianity endeavors to lead all peoples of all nationalities toward a dynamic spiritual relationship with the Father, the Son, and the Holy Spirit. Arkansas has an estimated 2,000 Greek Orthodox Christians, out of a total 1.5 million in the United States and approximately 300 million worldwide. The teachings of Orthodoxy are described in the Nicene Creed, adopted in AD 325 by an ecumenical council: belief in one God, creator of all things, and his Son, Jesus Christ, who was crucified for the world’s salvation and …

Though small in number compared to other immigrant groups, Greeks and Greek Americans in Arkansas have had a notable impact upon the state. From their beginnings as laborers, Greeks in Arkansas quickly became entrepreneurs and business owners, and many of the children and grandchildren of these original immigrants went on to business, academic, and medical careers. Many Greeks who come to Arkansas today are in the medical or research fields. Emblematic of the acceptance of Greeks by the state has been the popularity of the Greek Food Festival, one of the most well-attended culinary fetes in the state. Immigrants from Greece began arriving in Arkansas in the late nineteenth century. Most were single young males who left their homeland for …

Arkansas’s Greenback Party emerged in the political tumult of the post-Reconstruction era in the late 1870s, in part because of an agrarian reaction to the Republican-controlled federal government’s hard money policies. Despite some initial successes in state and local elections in the late 1870s and early 1880s, however, the Greenbacks were spent politically by 1884. They disbanded as their issues were largely co-opted by the Democrats or rendered moot by an improving national economy. Origins of the PartyAs a result of the economic recession that followed the Panic of 1873, the national Greenback Party organized in 1876 to address agrarian concerns over the Specie Resumption Act of 1875. The act was a deflationary Republican initiative to redeem federal bank notes …

The Group, Inc., is an intentional community (or commune) that was established at two locations in rural Arkansas before relocating to Little Rock (Pulaski County) in the mid-1970s. In Little Rock, they established a number of successful businesses, including the Internet service provider Aristotle, Inc. In 1964, a group of high school students from Odessa, Texas, formed a musical group named after their leader, Dixon Bowles. They grew in popularity, practicing and playing around Texas. Later, in Hollywood, they met with Dan Blocker, the actor who played Hoss in the television show Bonanza. In 1966, Blocker, who was originally from Odessa and knew of the group, let them use his name. Living in Hollywood, the Dan Blocker Singers became popular … 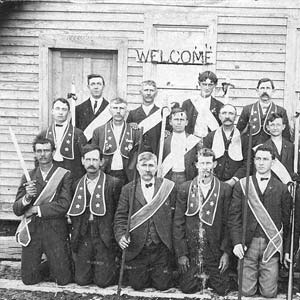