Blanche Thebom was a world-renowned operatic soprano, opera director, and educator. With her trademark six-foot-long hair, she was among the first American opera singers to have a highly successful international career, spending more than twenty years with the Metropolitan Opera in New York. She also appeared in Hollywood feature films. Thebom conducted a groundbreaking tour of the Soviet Union at the height of the Cold War. After retirement from the Met, she brought her talents to Arkansas when she taught and directed opera productions at the University of Arkansas at Little Rock (UA Little Rock) for almost a decade. The daughter of Swedish immigrants, Blanche Thebom was born in Monessen, Pennsylvania, on September 19, 1915. She was raised in Canton, …

Jefferson Allison Thomas made history as a member of the Little Rock Nine, the nine African-American students who desegregated Little Rock Central High School in 1957. The world watched as they braved constant intimidation and threats from those who opposed desegregation of the formerly all-white high school. Jefferson Thomas was born the youngest of seven children on September 19, 1942, in Little Rock to Mr. and Mrs. Ellis Thomas. Thomas was a track athlete at all-black Horace Mann High School in Little Rock (Pulaski County) when he chose to volunteer to integrate all-white Central High School for the 1957–58 school year as a sophomore. The Nine were harassed daily by some white students, and Thomas’s quiet demeanor made him a … 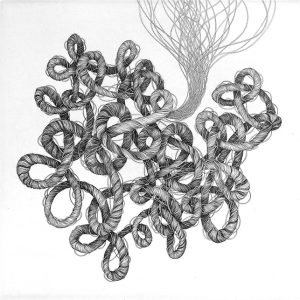 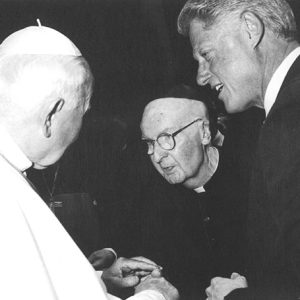 Father George William Tribou was an influential figure in Catholic educational and community affairs in Arkansas, primarily through his position as principal and rector of Catholic High School for Boys in Little Rock (Pulaski County). George Tribou was born in Jenkintown, Pennsylvania, on April 14, 1924, to George and Mary Tribou. His father was an electrician, and his mother was a waitress; he had two sisters. After high school, he entered seminary in Philadelphia and completed the equivalent of a college curriculum. Area seminaries in the Northeast were rather crowded, so he relocated to St. John Catholic Seminary in Little Rock to complete his education for the priesthood. He was ordained as a Catholic priest on September 1, 1949. His … 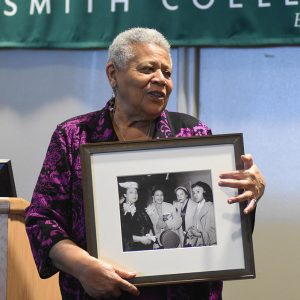 Minnijean Brown Trickey made history as one of the Little Rock Nine, the nine African-American students who desegregated Little Rock Central High School in 1957. The world watched as they braved constant intimidation and threats from those who opposed desegregation of the formerly all-white high school. Minnijean Brown, the eldest of four children of Willie and Imogene Brown, was born on September 11, 1941, in Little Rock (Pulaski County). Her mother was a homemaker and nurse’s aid during the crisis, and her father was an independent mason and landscaping contractor. She is the sister of the late Bobby Brown, who was the president of Black United Youth (BUY) in Arkansas in the late 1960s. Although all of the Nine experienced … 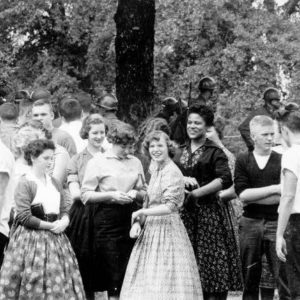 The Tulip Female Collegiate Seminary was established in Tulip (Dallas County) during the antebellum period when the community was flourishing. The school instructed female students in the subjects of the day, such as English and music, in addition to drawing, needle-work, and domestic subjects. In August 1849, George D. Alexander established the Alexander Institute in Tulip for the education of both girls and boys. In August of 1850, community leaders in Tulip gathered to discuss dividing the Alexander Institute into two schools, one for girls and the other for boys. Among those prominent citizens was the state representative, Major George Clark Eaton, who represented the interests of those wishing to establish the two schools. On December 17, a legislative charter … 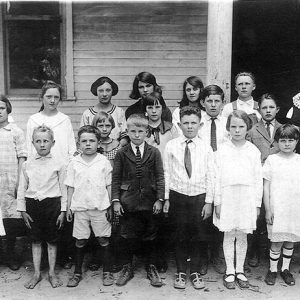 Lieutenant Colonel Frederick Cornelius Turner Jr. was a commander of U.S. Army Forces at the Supreme Headquarters Allied Powers Europe (SHAPE) in Belgium. During his military career, he served in South Vietnam on three separate occasions, during which time he commanded a detachment of Armed Door Gunners, a company in the Twenty-seventh Infantry Regiment, and was a senior advisor to South Vietnamese Regional and Popular Forces in Long An province. In 1969, he returned to his alma mater, Arkansas State University (ASU), to serve as an assistant professor of military science and tactics, making him the university’s first Black faculty member. Frederick Cornelius Turner Jr. was born in North Little Rock (Pulaski County) on June 15, 1937, to Frederick Turner …

G. W. “Buddy” Turner Jr. was an influential member of the Arkansas House of Representatives in the latter part of the twentieth century who helped shape state policy throughout the 1960s, 1970s, and 1980s. Grover White Turner Jr. was born on August 15, 1923, in Thornton (Calhoun County) to Grover White Turner and Ollie Robinson Turner. He grew up in Rison (Cleveland County), where he helped his family on the farm his father had bought during the Great Depression. In addition to picking and chopping cotton on the farm, he worked at the family store, which, in addition to a sawmill, his father had also acquired. Eventually, Turner became an accomplished meat cutter. By the time he graduated from Rison …