The Woodruff Print Shop is a meticulous 2010 reconstruction of the original Little Rock (Pulaski County) print shop built in 1823 for William E. Woodruff, founder of the Arkansas Gazette, the first newspaper in Arkansas. It is located on the grounds of Historic Arkansas Museum in Little Rock.

After having established the Arkansas Gazette in 1819 at Arkansas Post (then the capital of the Territory of Arkansas), Woodruff moved his printing press and newspaper operation to Little Rock in 1821. Many of the city’s skilled craftsmen advertised their services at this time, including brickmakers Benjamin Clements and Christian Brumback. Woodruff likely contracted with local brickmakers, carpenters, cabinetmakers, and blacksmiths to construct the two-story building for his business. Woodruff announced the new office for the Arkansas Gazette in the January 6, 1824, edition: “REMOVAL—The Office of the Arkansas Gazette will be removed tomorrow, to the new two-story brick house, a few rods west of the tan-yard.” From 1824 to 1827, Woodruff lived and worked in this print shop.

The Arkansas Gazette moved to a building on Block 34 in 1827. By the 1880s, Woodruff’s Print Shop had become a women’s boarding house. In 1913, the print shop was converted into a restaurant with apartments.

The 1823 Woodruff Print Shop was one of the unfortunate casualties of preservationist Louise Loughborough’s romantic ideas about the antebellum structures on Block 32 (original city of Little Rock). The two-story brick print shop was incongruous with Loughborough’s plan of what a territorial-era building in the city should have looked like, so she falsely assumed that a two-story brick structure could not have been a common architectural style in early Arkansas. She determined it must have been built sometime after the 1850s, which fell outside of her restoration period, so it was demolished. Had Loughborough undertaken a close reading of early copies of the Arkansas Gazette, however, she would have found records clearly stating the two-story building’s purpose as a newspaper office beginning in 1824.

The reconstructed Woodruff Print Shop houses original furnishings that belonged to William Woodruff, as well as a replica of the Ramage Press Woodruff brought to Arkansas Post by keelboat in 1819. Outside, an herb garden features native and imported plants that were once used by settlers and Native Americans for healing. The garden is maintained by the Arkansas Chapter of the Herb Society of America. 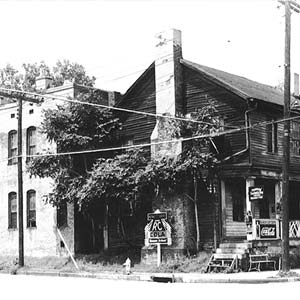 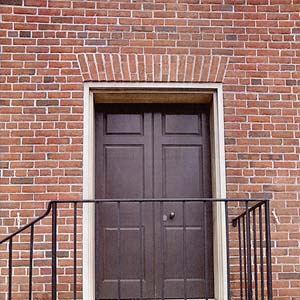 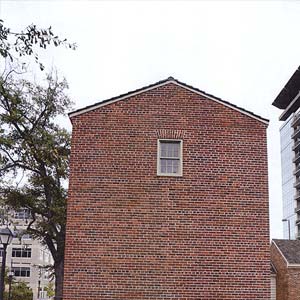 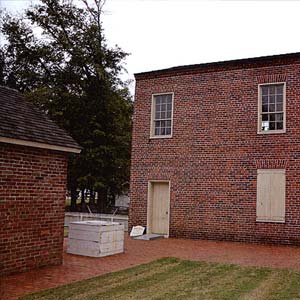 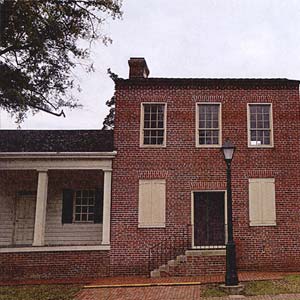 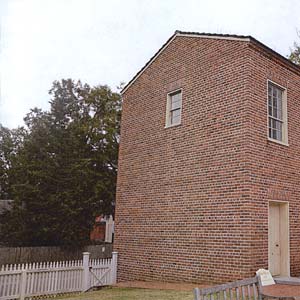