Whelen Springs is a small town located along state Highway 53 twenty-two miles south-southeast of the Clark County seat of Arkadelphia. It was once a main hub for powerful lumber companies.

The initial settlement of Whelen Springs began in September 1881 as a result of lumber companies coming to the area. The town’s proximity to the Camden (Ouachita County) line of the Iron Mountain Railroad also played a role in its origin. The name of the town can be traced to Henry Whelen, the owner of the land that would become Whelen Springs.

In 1882, Southern Lumber Company began construction of a sawmill, under the direction of a Mr. Thompson. In February 1882, a post office was established, with Francis Perkins as the first postmaster. In 1884, another mill was built in the area. A Colonel Pennington opened a mill one and a half miles south of Whelen Springs closer to the railroad. Around 1900, the site was occupied by the Missouri Mill, operated by Lemuel Sparkman. He closed his mill at Whelen Springs and moved his operations to Dallas County. In 1885, J. A. Barringer built a steam-powered mill one mile north of Whelen Springs. The Barringer and Sons Lumber Company is believed to be the oldest lumber company in Clark County.

The town continued to prosper as the lumber mills attracted more and more settlers to the area. According to Goodspeed’s Biographical and Historical Memoirs of Southern Arkansas, in 1890, Whelen Springs had “a general store, railroad depot, post office, lumber yard, Union Church, and a schoolhouse.”

The turn of the century saw even more prosperity for the town. In September 1916, the town was incorporated, and on December 6, 1916, C. W. Jenkins was elected the town’s first mayor. In 1915, Whelen High School was constructed, replacing the one-room structure previously housing the school. The new school became the pride of the town; the two-story building had classroom space and a lunch room on the first floor, and upstairs was a large auditorium and space used by the Masons and the Woodmen of the World.

In the 1920s, a new mill was constructed, owned by the McDonald brothers. This new arrival seemed to spell almost unlimited growth for Whelen Springs. The mill began running day and night and attracted hundreds of new workers. Workers began pitching tents along springs and creeks near the mill, with the tent city forming a street of sorts along the boundaries of the mill. With this influx of new settlers came new businesses and homes. A drugstore, a pool hall, a barber shop, a large boarding house, a central telephone office, new general stores, and a lumber office joined the businesses already in Whelen Springs.

The mill and the town continued to prosper until the end of World War I, when a postwar slump hit the lumber industry, forcing the McDonald brothers to close their mill. Logs were left lying in the forest, as the lumber company could not afford to transport them to the mill. J. M. Jones Lumber Company of Ferriday, Louisiana, bought the McDonald Mill and moved it to Ferriday.

The town continued to dwindle following the closure of the McDonald Mill. In 1958, the Whelen Springs school consolidated with Gurdon (Clark County), and the old school building was abandoned. Many of the mills closed throughout the years, taking with them much of the town’s population and prosperity. In the twenty-first century, none of the businesses in Whelen Springs remain; a post office, town hall, and fire station make up the main buildings of the town. One mill, the Antoine Hardwood Lumber Company, is still located one mile north of town. 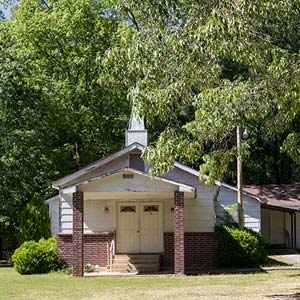 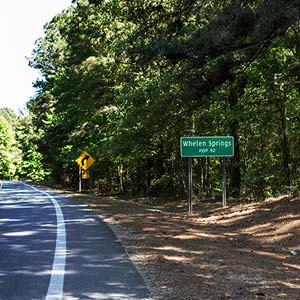