Dotted with homes dating to the 1890s, the Paul Laurence Dunbar School Neighborhood Historic District in downtown Little Rock (Pulaski County) has been described by the Arkansas Historic Preservation Program as “reflecting the varied architectural styles prevalent during the late-nineteenth and early-to-mid-twentieth centuries, exhibiting a broad mix of influences and architectural variants popular during the period.” The district is nestled between the Governor’s Mansion Historic District to the east and the Central High School Neighborhood Historic District to the west.

Paul Laurence Dunbar Junior and Senior High School and Junior College, from which the historic district takes its name, was erected in 1929. “The elaborate Art Deco school is undoubtedly the architectural showcase of the neighborhood,” noted the Paul Laurence Dunbar School Neighborhood Historic District National Register nomination form. According to the National Park Service, the school was “considered by alumnae and others the ‘most modern and complete public high school building in the United States erected specifically for Negroes.’” One of several African-American schools in Little Rock during the era of legal segregation, the school remains in operation in the twenty-first century as the Dunbar International Gifted and Talented Magnet Middle School and is located at 1100 Wright Avenue.

The Scipio A. Jones House at 1872 Cross Street is a 1928 Craftsman-style structure and is one of the neighborhood’s most detailed Craftsman-style houses built for black residents. Jones was an acclaimed attorney who, following the 1919 Elaine Massacre, secured the release of twelve black men convicted of murder. The Miller House at 1853 Ringo Street is a 1906 one-story frame cottage that was remodeled around 1924 into a two-story Craftsman-style home. The home is evidence of the growing prosperity of some residents and the resourcefulness displayed by African Americans who were unable to acquire or build a home of their choice due to segregation. The Womack House at 1867 Ringo Street is a 1922 Craftsman bungalow built for Dr. A. A. Womack, a prominent black physician. The Bush-Dubisson House, located at 1500 South Ringo, is a 1925 Prairie-style house built for Aldridge E. Bush.

Recognizing the wealth of historic resources within this neighborhood as well as the distressing signs of blight and disinvestment, the Historic Preservation Alliance of Arkansas listed this downtown Little Rock neighborhood among Arkansas’s most endangered historic places in 2007.

According to its National Register nomination, the Paul Laurence Dunbar School Neighborhood Historic District “encompasses 155 properties with varied architectural styles such as Colonial Revival, Craftsmen, American Foursquare, English Revival and Queen Anne among others. It exists as a collective entity through its diverse building stock and represents the evolution of a core Little Rock neighborhood from an integrated working and middle-class neighborhood in the late-nineteenth and early-twentieth centuries to a predominately African-American neighborhood.” 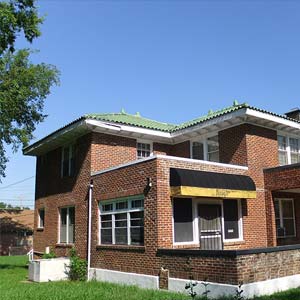 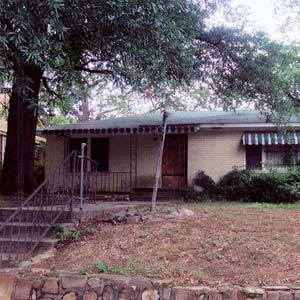 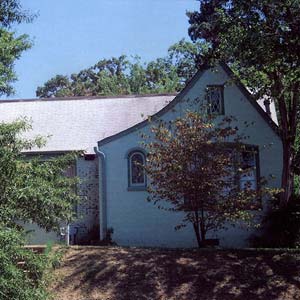 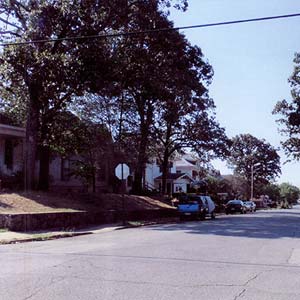