aka: Historic Preservation Alliance of Arkansas

Preserve Arkansas (previously the Historic Preservation Alliance of Arkansas) is a statewide nonprofit organization focused on protecting Arkansas’s architectural and cultural resources. The alliance is a 501(c)(3) charitable membership organization based in Little Rock (Pulaski County). Through educational programs centered on preserving architectural heritage, advocating for preservation legislation, and assisting owners of historic properties by offering the means and expertise to preserve and restore historic structures, the alliance seeks to create a culture of preservation in Arkansas.

The alliance’s programs over the years include involvement as a founding partner of the Main Street Arkansas Program in 1984 to foster revitalization of historic central business districts. Main Street Arkansas is a partnership between the National Trust for Historic Preservation’s National Main Street Center, the Arkansas Economic Development Commission, and the Arkansas Historic Preservation Program. The Historic Preservation Alliance of Arkansas served as a lead advocate for passage of legislation in 1987, establishing the Arkansas Natural and Cultural Resources Council (ANCRC) and creating a dedicated funding source through the Real Estate Transfer Tax for conservation of Arkansas’s natural and cultural resources. The alliance was also the lead advocate for the Arkansas Historic Rehabilitation Tax Credit for five legislative sessions before the legislation introduced by Representative Robert S. Moore was signed into law as Act 498 of 2009. The Arkansas Historic Rehabilitation Tax Credit, like similar programs in other states, provides a financial incentive to property owners and leverages private investment in the rehabilitation of historic buildings. The organization later rebranded itself as Preserve Arkansas, though it continues to use its other name for tax purposes.

Preserve Arkansas’s regular programs include events and training sessions to educate Arkansans about the state’s tangible links to history, preservation issues, and best practices. The annual Arkansas Preservation Conference is held in locations throughout the state in conjunction with the Arkansas Historic Preservation Program. The alliance releases an annual list of Arkansas’s Most Endangered Places to call attention to specific places and to the threats that face historic properties. The alliance also holds an annual awards program to recognize exemplary preservation projects and practices. Rambles—which are tours organized around regions of the state or a theme—and a quarterly newsletter, Arkansas Preservation Digest, are also key components of the alliance’s outreach and education. The alliance also promotes the Preserve America Program in Arkansas, a nationwide program with the goal of helping communities promote heritage assets for heritage tourism. 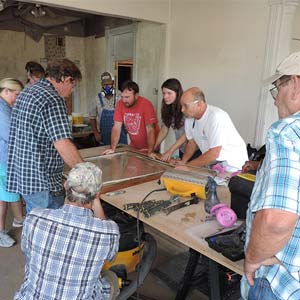 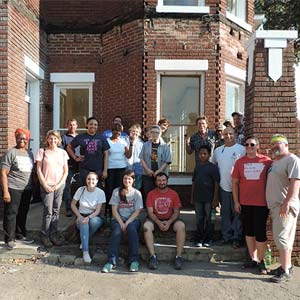