The Ninth Arkansas Infantry Regiment was a Confederate unit that served in the Western Theater during the American Civil War. The regiment was created on July 20, 1861, in Pine Bluff (Jefferson County). Comprising mainly companies from southeastern Arkansas, the regiment had units from Drew, Jefferson, Bradley, and Ashley counties. The one company not from that corner of the state hailed from Mississippi County. The elected colonel of the unit was John Bradley, a lawyer and Methodist minister.

The unit moved across the Mississippi River, first to Memphis and later to Union City, Tennessee, before entering Kentucky. During the Battle of Belmont, Missouri, the Ninth Arkansas was in reserve at Columbus, Kentucky, on the opposite bank of the Mississippi River. Moving south to Mississippi, the unit was placed in a brigade under the command of Brigadier General John Bowen, serving with the Tenth Arkansas and units from Missouri and Mississippi, as well as an multistate unit known as the Second Confederate.

In April 1862, the regiment participated in the Battle of Shiloh under its new colonel, Isaac Dunlop. Seeing extremely heavy fighting at the Peach Orchard and other parts of the battlefield, the Ninth Arkansas had about 132 men killed, wounded, or captured. (The unit had entered the battle with just 338 men in the ranks.)

Following the losses suffered at Shiloh, one company was disbanded, and its members were assigned to the other companies. A new company joined the regiment to replace the disbanded company. The Union army approached Corinth, Mississippi, where the Confederate army retreated after the battle. In the face of overwhelming numbers and numerous wounded and sick soldiers, the Confederates retreated from the town. That summer, the Ninth Arkansas moved to the Port Hudson, Louisiana, area but returned to northern Mississippi before autumn.

In October, the Confederate army under the command of Major General Earl Van Dorn launched an attack to retake Corinth. The Ninth Arkansas participated in this battle and also fought that December at Coffeeville, Mississippi. At Corinth, the regiment lost thirteen men killed and thirty-nine wounded, with another man killed, seventeen wounded, and one missing at Coffeeville. In the winter of 1863, the regiment returned to Port Hudson and was present when a Federal fleet ran past the guns of the fortified post. The unit did not suffer any casualties at Port Hudson and received a number of newly enlisted men from Arkansas to replace the casualties already suffered in battle.

Returning to Mississippi, the regiment was ordered to Tennessee but never completed its trip, as a Union army under the command of Major General Ulysses Grant moved against Vicksburg. Fighting in the Battle of Champion Hill on May 16, the unit lost one man wounded and forty-eight captured, a number of whom later died in prison camps. Continuing to fight in the Vicksburg Campaign, the Ninth Arkansas operated as part of the Army of Relief under the command of General Joseph Johnston. After the fall of Vicksburg, the army defended the state capital of Jackson for several days against Federal forces. Withdrawing from Jackson on July 16, 1863, the army moved into eastern Mississippi.

Participating in the Meridian Campaign in early 1864, the regiment was transferred to an all-Arkansas brigade under the command of Brigadier General Daniel Reynolds that spring. This brigade consisted of the First and Second Arkansas Mounted Rifles (Dismounted) and the Fourth and Twenty-fifth Arkansas Infantry regiments. Participating in the Atlanta Campaign, the unit saw action at a number of battles, including Peachtree Creek and Kennesaw Mountain, among other engagements. At the Battle of Resaca, the regiment lost three killed and twelve wounded. With the conclusion of the campaign, the Confederate army moved into Tennessee, where the Ninth fought that autumn and winter.

In a frontal attack on a fortified Union position at the Battle of Franklin on November 30, 1864, Reynolds’s brigade suffered twenty killed and eighty-two wounded. Ten of the men killed were members of the Ninth Arkansas, as were some of the wounded. More action followed at the Battles of Nashville and Sugar Creek. In early 1865, the Ninth Arkansas moved into North Carolina and, that March, fought in the Battle of Bentonville, where Reynolds lost a leg. The entire Arkansas brigade numbered 178 men at Bentonville, thirty-four of whom belonged to the Ninth Arkansas. At full strength, the brigade would have numbered 5,000. The brigade suffered seven killed, thirty-three wounded, and one missing at Bentonville.

With so few men, the brigade was consolidated into a single regiment. This unit was called the First Arkansas but should not be confused with other units known as the First Arkansas. This unit consisted of the remnants of the First and Second Arkansas Mounted Rifles, and the Fourth, Ninth, and Twenty-fifth Arkansas Infantry Regiments. This unit joined a brigade under the command of Brigadier General Winfield Featherston, which also consisted of two newly created consolidated Mississippi regiments and a standalone Mississippi unit.

In late April, the Confederate Army of Tennessee surrendered in North Carolina. The survivors of the Ninth Arkansas returned to the state, where its members reentered civilian life. 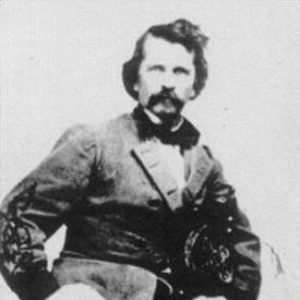