Daniel Harris Reynolds was a lawyer, Confederate general, and state senator who ranks as one of Arkansas’s most talented and dedicated citizen-soldiers during the Civil War.

Daniel Reynolds was born on December 14, 1832, in Centerburg, Ohio, to Amos and Sophia (Houck) Reynolds. He studied at Ohio Wesleyan University in the town of Delaware, where he joined the Masonic order in 1853. He studied law privately in Louisa County, Iowa, and Somerville, Tennessee, where he befriended fellow future Confederate general Otho French Strahl. Admitted to the bar in 1858, he established a legal practice in Lake Village (Chicot County)

At the outset of the Civil War, Reynolds raised a cavalry company, the “Chicot Rangers,” and entered Confederate service as a captain in command of Company A of the First Arkansas Mounted Rifles. The regiment mustered in at Fort Smith (Sebastian County) on June 14, 1861. Serving initially in the Trans-Mississippi Theater, the regiment saw its first action at the Battle of Wilson’s Creek, Missouri, on August 10, 1861; although injured in this engagement in a fall from his frightened horse, Reynolds stayed in the field and also fought at Pea Ridge March 7–8, 1862. Dismounted shortly after the Battle of Pea Ridge, the Mounted Rifles served thereafter as infantry, producing lingering resentment among the regiment’s officers and enlisted men. The regiment soon transferred to the Army of Tennessee and served in the Western Theater (that is, east of the Mississippi River) for the rest of the war.

Despite a lack of military training or experience, Reynolds proved a natural leader, both in camp and in battle. Highly respected by superiors and subordinates alike, he advanced consistently through the ranks of regimental command, earning promotion to major on April 14, 1862; lieutenant colonel on May 1, 1862; and colonel of the First Arkansas Mounted Rifles on November 17, 1863 (retroactive to September 20). With the impending promotion of Brigadier General Evander McNair, Reynolds’ colleagues petitioned the Confederate secretary of war for his promotion to brigadier general, even though he was not the brigade’s ranking colonel. He was promoted to brigadier general on March 12, 1864, retroactive to March 5. For the rest of the war, he commanded “Reynolds’s Arkansas Brigade,” composed of the First and Second Arkansas Mounted Rifles (dismounted); the Fourth, Ninth, Twenty-fifth and Thirty-first Arkansas Infantry regiments and the Fourth Arkansas Infantry Battalion.

Reynolds had little patience for ineffective commanders and voiced his displeasure after several unsuccessful campaigns. As a result of one personality conflict, Major General Samuel Gibbs French placed him under arrest in January 1864; although the charges were quickly dismissed, Reynolds refused to serve under French and transferred his brigade to the command of Major General Edward Cary Walthall, with whom he enjoyed a close friendship and mutual respect.

Reynolds’s left leg was amputated because of a wound received in the Battle of Bentonville, North Carolina, on March 19, 1865. After the war, he returned to Lake Village, reestablished his law practice, and received a presidential pardon from Andrew Johnson. From 1866 to 1867, he served as a state senator for Ashley, Chicot, and Drew counties until federal Reconstruction policy forced the removal of former Confederates from elected office.

In November 1866, Reynolds spearheaded an effort to establish a “Memorial and Aid Society of Reynolds’ Arkansas Brigade,” to commemorate his brigade’s service and provide financial assistance to widows, orphans, and indigent Confederate veterans. After several months of intermittent meetings and election of officers, the association failed to sustain operation.

He married Martha Wallace on November 24, 1868, and raised five children. He also apparently had a son with Anne (Annie) Franklin, a native of England and a widow who had moved to Chicot County in the 1850s, though she returned to England before the birth of her son in 1867.

For additional information:
Bender, Robert Patrick, ed. Worthy of the Cause for Which They Fight: The Civil War Diary of Brigadier General Daniel Harris Reynolds, 1861–1865. Fayetteville: University of Arkansas Press, 2011. 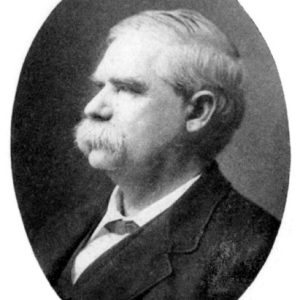