Maximilian F. Mayer was a Texas-born architect and painter who practiced in Arkansas for much of his career and designed significant houses in several Little Rock (Pulaski County) neighborhoods.

Max Mayer was born on January 5, 1887, in San Antonio, Texas, the eldest of seven children of Maximilian Barnhart Mayer and Helena Marie Wullf Mayer. He attended high school at St. Mary’s College and then graduated from Texas A&M in 1906 with a degree in architectural engineering. Mayer worked for an architectural firm in Cincinnati, Ohio, before moving to Paris to study for two years at the École des Beaux-Arts and, after winning the Prix de Rome scholarship, in Italy.

Mayer returned to the United States in 1910 and worked at firms in Portland, Oregon, and New York City before coming to Arkansas in 1914 to work for George Mann and Eugene Stern, including design work on the Albert Pike Memorial Temple in Little Rock.

In 1922, Mayer began his own architectural firm and soon had a thriving practice, designing houses in Little Rock’s Hillcrest, Prospect Terrace, Edgehill, and Country Club neighborhoods, but also working in North Little Rock (Pulaski County) and Fayetteville (Washington County). Often using traditional architectural styles such as French Eclectic, Colonial Revival, and English Revival, he also created significant examples of the Spanish Colonial Revival style. As architects Charles Witsell and Gordon Wittenberg observed, “The dozens of houses he designed represent a wide range of sizes, prices, and sites, but they have certain features that make most of them recognizable as ‘Max Mayer houses,’ often including long roof lines and the use of natural country stone.”

Mayer never married, but his wide range of interests and engaging personality made him a popular guest at Little Rock events: Witsell and Wittenberg wrote that he was “artistic, debonair, talented, choosing to pursue only that which interested him….He was man far more likely to quote Voltaire than the morning newspaper.” He played the violin and painted with watercolors and would give paintings to his clients, sometimes renditions of the houses he designed for them. An Arkansas Gazette critic writing of a pair of his landscapes on display at the Little Rock Public Library in 1942 commented that “they are sea views which, though different in color tones and moods, still are both strongly poetic in feeling.”

He returned to San Antonio during the Great Depression and abandoned architecture to pursue other interests. He came back to Little Rock in 1939 at the request of Louise Loughborough to work with her on restoring a group of antebellum structures on Cumberland Street between Second and Third, including the Hinderliter Grog Shop, McVicar House, and Brownlee House. This became the Arkansas Territorial Restoration (now Historic Arkansas Museum). He began practicing again and designed many houses, including Johnswood for John Gould Fletcher and Charlie May Simon.

Max Mayer died on September 14, 1947, and is buried in the Mayer family plot in City Cemetery No. 6 in San Antonio. Fletcher eulogized him in the Arkansas Gazette, writing that “in a day when artists and architects have, more and more, to submit to commercial standards or go under, he refused to go under, and retained his taste and independence to the last. That fact alone made him an asset to Arkansas.”

Several of Mayer’s buildings are listed in the National Register of Historic Places, including Johnswood; Trinity Hospital; the Maxwell F. Mayer House; the Kahn-Jennings House and the Arkansas Territorial Restoration Historic District in Little Rock; and the Justin Matthews Jr. House in North Little Rock. 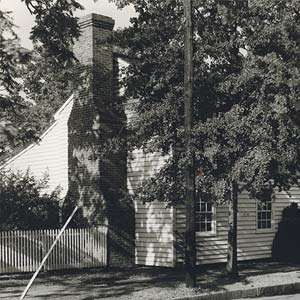