Lucious Christopher Bates was the founder of the Arkansas State Press newspaper. Under his direction, the State Press, published in Little Rock (Pulaski County), waged a weekly statewide battle against the constraints of the Jim Crow era of segregation until the paper’s demise in 1959. Bates was a member of the executive committee of the Little Rock chapter of the National Association for the Advancement of Colored People (NAACP) and, along with his wife Daisy, helped lead the fight that resulted in the admittance of the first nine black students to Little Rock’s Central High School in 1957.

Born in Liberty, Mississippi, in 1904, L. C. Bates was the only child of Laura and Morris Bates, a farmer, carpenter and minister. The family moved to Moorhead, Mississippi, and later to Indianola, Mississippi, where Bates completed high school at Alcorn College, which was a typical arrangement of the time. He attended Wilberforce College in Ohio for one year. Having worked as a “printer’s devil,” an apprentice job, in Indianola, his first employment after dropping out of Wilberforce was in Helena (Phillips County) at a black newspaper, the Interstate Reporter.

After a series of newspaper jobs, including an unsuccessful venture as owner of a paper in Pueblo, Colorado, Bates moved to Omaha, Nebraska, where he married Kassandra Crawford. Moving to Memphis, Tennessee, in the 1920s, he worked as a traveling salesman, which brought him to Arkansas. He met Daisy Lee Gatson when she was fifteen.

In 1941, he and Gatson moved to Little Rock to begin publication of the weekly Arkansas State Press. Bates and Gatson were married on March 4, 1942, after he apparently obtained a divorce from his first wife.

Between 1941 and 1959, Bates was primarily responsible for the content in, and production of, the Arkansas State Press. Bates clearly modeled the publication on black newspapers, such as the Chicago Defender, and other northern African-American publications of the era, such as The Crisis, a magazine of the NAACP. The State Press combined advocacy for civil rights with traditional coverage of black involvement in sports, social events, entertainment, and politics. The State Press gave particular attention to incidents of police brutality and harsh treatment of black citizens.

Besides producing the paper, Bates was active in the Little Rock branch of the NAACP. As head of the Legal Redress Committee in 1950, Bates played a large role in the successful fight to achieve the right of African Americans to vote in the Arkansas Democratic Party. Members of the executive committee of the Little Rock branch, the Bateses were considered “militants” in the matter of school integration. They were both involved in the internal politics to determine who would be head of the Arkansas Conference of Branches, the umbrella organization for the state NAACP. Daisy Bates was elected president in 1952.

In 1956, Bates was one of the plaintiffs in Aaron v. Cooper, filed by the NAACP to enforce the Brown v. Board of Education of Topkea, Kansas decision in the Little Rock school district. Although his wife became the spokesperson for the Little Rock Nine and the NAACP during the 1957 desegregation of Central High School, Bates was vitally involved in the events of the school year. In addition to acting as one of the several advisors to his wife, Bates guarded their home during the night against attacks and worked at the State Press during the day. In the fall of 1959, the State Press closed because of financial reasons, the victim of a boycott by advertisers opposed to the stand taken by the Bateses.

Between 1960 and 1971, Bates worked in Arkansas, Louisiana, and Tennessee as an NAACP field secretary organizing local branches. He and his wife were divorced in February of 1963 but remarried in July of that year. In declining health, Bates suffered a heart attack and died in Little Rock on August 22, 1980. As he had requested, his body was donated to the University of Arkansas for Medical Sciences (UAMS).

Having fought for racial justice from the day he printed the first copy of the State Press, he told the Arkansas Democrat on Valentine’s Day of 1979, “In race relations, Little Rock is second to none. It leads.” 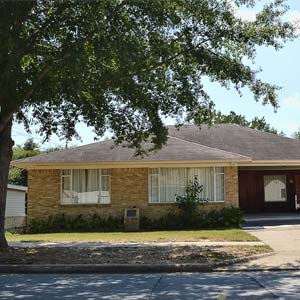