Klan Haven orphanages were established in more than a dozen locations from California to Maine. Robbie Gill Comer had traveled to several other states to open the orphanages. The Klan Haven in Little Rock was dedicated on a Sunday afternoon, December 20, 1925, with entertainment including speeches by local and national men’s and women’s Klan leaders, several vocal selections, and a drill by the Little Rock chapter of the Women’s Klan, dressed in full regalia.

By May 1926, the Little Rock orphanage housed fifteen children, as well as the superintendent Amanda Belle Demsey and her husband, Elston Hocker Demsey, the warden of the Arkansas state penitentiary. The orphanage operated a kindergarten and sent older children to public schools. Local Klansmen and Klanswomen were invited to visit and inspect the home and take the orphan children to Klavern meetings.

It is unknown how long the orphanage operated. By 1928, the Demseys were resident employees at the Arkansas School for the Deaf. James and Robbie Comer sold the house, which sat on three city lots, in 1931. It was later purchased by the Pulaski Heights Methodist Church, located then two blocks to the east. The church completed construction of its present building on the site of the former orphanage in 1950.

In the fall of 1925, Klansmen and Klanswomen in Fort Smith (Sebastian County) had announced plans to build the Arkansas Protestant Orphanage in that city. A board of trustees was established, including men and women, and the board appointed as director the Reverend John Moore, a professional Klan lecturer and former pastor of First Baptist Church of Pine Bluff (Jefferson County). By the end of the year, however, plans for this orphanage were abandoned and contributions returned to donors. 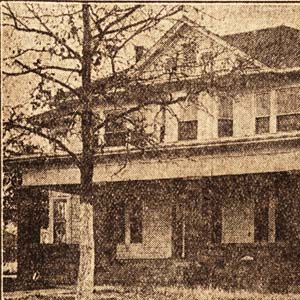