The Jacksonville Museum of Military History first opened its doors in May 2005 with the mission to educate the public about the important contributions made by both the civilian workforce and the military in historical and current conflicts. The museum is funded by private donations, grants, and the Jacksonville Advertising and Promotions Commission. The initial intent of the museum was to preserve the history of the important home-front contributions made by the AOP workers in the war effort during World War II. As planning progressed, museum supporters soon realized that the scope of the museum should be expanded to include the rich military history of Jacksonville and the surrounding area. This history dates back to the Civil War and reaches into the Iraq War, which has engaged the Little Rock Air Force Base (LRAFB).

The museum displays are built around local and regional events. The Civil War exhibit tells the story of the Little Rock Campaign and, in particular, focuses on the Action at Reed’s Bridge (a.k.a. the Action at Bayou Meto), which took place in Jacksonville. The World War II section contains an extensive exhibit dedicated to the AOP, which opened in 1941 in Jacksonville as part of President Franklin Delano Roosevelt’s Lend-Lease program. Before the end of the war, the AOP took Jacksonville from a population of 400 to 42,000. It provided much-needed income to the post-Depression era, brought women to the public workforce en masse, and produced over eighty-eight percent of all the detonators and fuses used by the Allies during World War II. An AOP guard shack (on the National Register of Historic Places) now stands in front of the museum. Also located on the grounds of the museum is a memorial to the workers who died in the 1965 Titan II Missile Accident.

With almost 15,000 feet of total display space, the Jacksonville Museum of Military History boasts an extensive collection of original World War II posters including the “Four Freedoms” posters. The “Four Freedoms” was illustrated by Norman Rockwell for the Saturday Evening Post in 1943 to highlight the speech given by President Roosevelt on January 6, 1941. The illustrations include “The Freedom of Speech,” “The Freedom of Worship,” “The Freedom from Want,” and “The Freedom from Fear.” The posters were widely distributed during World War II but now are difficult to locate, particularly in the large 3.5′ x 4.5′ size displayed in museum’s entry. Other notable artifacts include the dress uniform worn by Airman First Class Cindy Elia, the first enlisted woman to act as dining out sergeant of arms in the history of the U.S. Air Force. Unique to the museum is an exhibit with artifacts detailing the 1980 explosion of the nuclear Titan II missile near Damascus (Van Buren and Faulkner counties). As the museum continues to grow, new exhibits have opened, including a history of the Little Rock Air Force Base, a history of the Arkansas National Guard, and special exhibits such as a black military history exhibit. Future plans include a research and reading library.

The museum also hosts special events and programs such as a 9/11 remembrance, a Veterans’ Day celebration, and a Valentine fundraiser. Also popular is the War Stories Lecture Series, an ongoing lecture series presented each month with topics ranging from the Titan II missile explosion to fixed gun ships of Vietnam to submarine accidents. The Arkansas Humanities Council sponsors the lecture series. 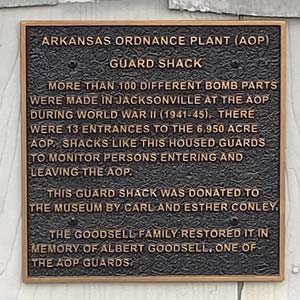 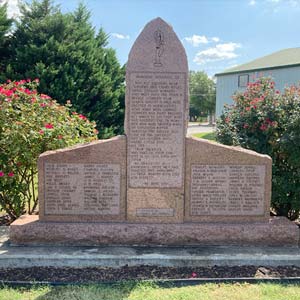