aka: Action at Reed's Bridge

The Action at Bayou Meto, also known as the Action at Reed’s Bridge, was a Civil War battle fought on August 27, 1863, as Confederate troops sought to hinder the advance of Major General Frederick Steele’s Union army toward Little Rock (Pulaski County).

Steele had advanced steadily across eastern Arkansas during August with a combined force of infantry from Helena (Phillips County) and cavalry that had come down Crowley’s Ridge from Missouri. Though they were harassed by Confederate cavalry and partisans, the Union troops had encountered little opposition, with the exception of a sharp clash around Brownsville (north of present-day Lonoke) on August 25. A Union probe toward the Confederate works on Bayou Meto (at present-day Jacksonville) was turned back on August 26, and on August 27, Brigadier General John W. Davidson’s cavalry division advanced on the Confederate defenses on the bayou.

Superior Union numbers quickly pushed back advanced Confederate skirmishers, and Davidson hurried the Confederate retreat by ordering drums to be beaten to convince the Confederates that they were facing Union infantry as well as cavalry. After the bulk of the Confederate force fell back across Reed’s Bridge over Bayou Meto, the bridge was set on fire. Davidson ordered the First Iowa Cavalry Regiment of the Army of Arkansas to charge the burning bridge. Brigadier General John S. Marmaduke’s defenders hit the Union horsemen with a barrage of small arms and artillery fire, quickly ending the charge and causing the majority of Yankee casualties for the day.

Both the Confederate and Union forces spread out along the banks of Bayou Meto and continued firing at each other, but the remainder of the day’s fighting would be done primarily by artillery. A Union shellburst early in the exchange killed one of Marmaduke’s artillery commanders and wounded several of his aides, leading him to mass his six artillery pieces together to strike the Union cannoneers. This artillery duel would continue throughout the day.

The weakest point on the Confederate line was its extreme right, where 100 Missouri cavalry covered one of the few crossing points of the steep-banked Bayou Meto. Davidson’s men failed to press the attack there, missing an opportunity to flank the Confederate line from the east.

Marmaduke requested several times during the day that Brigadier General Lucius M. Walker, his superior officer, join him on the front lines to confer on strategy against the attacking Northerners. Walker refused to leave his headquarters at the rear of the Confederate lines, which later led Marmaduke to ask that he either be released from Walker’s command or that his resignation be accepted; he was transferred, and the two generals later fought a September 6 duel in which Walker was mortally wounded.

As the sun went down over the Bayou Meto battlefield, Davidson’s forces left the field to the Confederates and returned to Brownsville. Despite their tactical victory, the Confederate troops were ordered that night to retreat to within five miles of Little Rock. The Action at Bayou Meto did, however, slow the Union advance on Little Rock, which would not renew in earnest until September 6.

The Battle of Bayou Meto resulted in forty-five Union casualties; Confederate losses were not reported. The Bayou Meto (Reed’s Bridge) Battlefield was listed on the National Register of Historic Places on December 31, 2002. 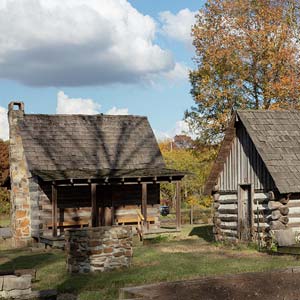