Eliza Jane Burnett Dodson Ashley spent more than thirty years as the cook in the Arkansas Governor’s Mansion, serving from the administration of Francis Cherry to Bill Clinton. Her 1985 book Thirty Years at the Mansion garnered her national attention.

Eliza Jane Burnett was born in Pettus Township in Lonoke County on the Oldham Plantation on October 11, 1917. She was the daughter of William Burnett and Eliza Johnson Burnett. Eliza, who carried the same name as her mother, was often referred to as Liza or Janie.

Although she had spent some time in Little Rock (Pulaski County) with her mother as a teenager, she was working on the Oldham Plantation when she married Calvin Dodson in 1933. Louis Calvin Dodson, the couple’s only child together, was born in Little Rock in 1951. Their marriage ended in divorce, and her second marriage was in 1960 to Fred Ashley.

Eliza Ashley learned to cook at a young age from her grandmother, who was the Oldham cook. When she died, Eliza took over. She left plantation life in 1942 and had several jobs before finding employment at the Arkansas Governor’s Mansion in 1954 during Governor Francis Cherry’s administration. She began work in the fall and remained employed when the family left in December. When Governor Orval Faubus and his wife, Alta, took residence of the mansion in 1955, Henry Scribner was the head cook, with Ashley filling in on his days off. However, Alta Faubus insisted on a female cook, and Ashley assumed the duties. During the Rockefeller administration (1967–1971), Governor Winthrop Rockefeller came to the mansion with his own personal chef, with Ashley again filling in on off days.

Ashley’s smile, enduring personality, and loyalty won the hearts of Arkansas’s first families and anyone who came into contact with the mansion. She spent at least thirty-six years there, and thirty-five as the cook, a position renamed “food production manager” during David Pryor’s administration. Over the years, she served formal dinners, banquets, receptions, and holiday affairs. She fed governors and their families, dignitaries, celebrities, senators, and first and second ladies of the United States. In 1985, Ashley released a book, co-written with Carolyn Huber, mansion administrator during Governor Bill Clinton’s time in office. Titled Thirty Years at the Mansion, it was published by August House of Little Rock. Ashley traveled to book signings, made guest appearances on cooking shows, and was interviewed nationally on CNN and Good Morning America.

Beginning with the Faubus administration, Ashley’s October birthdays were celebrated at the mansion with great fanfare. She retired as mansion cook in December 1990 during the Clinton administration. First families who came and went maintained close connections with her throughout the years, even successors who came after her retirement.

Because of her service to the state, “Eliza Jane Ashley Day” was proclaimed on December 20, 1974, by Governor Dale Bumpers. She received the key to the city of Lonoke (Lonoke County) in 1986; “Liza Ashley Day” was proclaimed in North Little Rock (Pulaski County) on August 25, 1994, by Mayor Patrick Hays; and she was named “Countess of Pulaski” on October 12, 1997, by County Judge Floyd G. “Buddy” Villines III. Ashley was an American Legion Veteran Affairs volunteer and chaplain, a member of the Sunshine Charity Club (affiliated with the National Council of Negro Women), and an active church member who served on the usher board of Canaan Missionary Baptist Church in Little Rock. She moved to California sometime after her ninetieth birthday. She died on November 13, 2020, in Los Angeles, California.

African Americans
Food and Foodways
Modern Era, 1968 through the Present 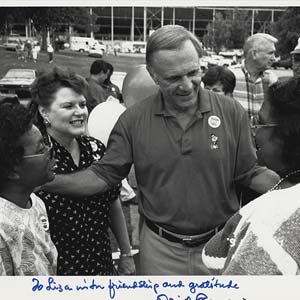