aka: Blytheville Air Force Base

Eaker Air Force Base was located on 3,778 acres of land between the communities of Gosnell and Blytheville in Mississippi County. Originally Blytheville Air Force Base, the base’s official name was changed in 1988 to honor air pioneer and commander of the Mighty Eighth Air Force during World War II, Lieutenant General Ira C. Eaker. The base contributed greatly to the economic and intellectual growth of the primarily agricultural county until it closed in 1992.

The base was originally a 2,600-acre army air field installation used by the U.S. military during World War II, one of many air fields created in the country’s interior during the war. The Blytheville Army Air Field was activated on June 10, 1942. Mississippi County was a prime location because of its close proximity to the Mississippi River, where supplies could easily be shipped in. The air field was used as the Southeastern Training Command’s flight training school. The flight school closed in October 1945 after the war ended. The air field was then used as a processing center for military personnel who were being discharged at a rapid rate as the country demobilized. The War Assets Administration officially shut down the installation in 1946. Control of the land was transferred to the city of Blytheville.

In the early 1950s, the Strategic Air Command (SAC) approved a plan to convert the former air field into an air base. Blytheville Air Force Base was officially christened as a single-mission base on July 19, 1955. It consumed 3,771 acres of area farmland, most of which had been used by the original air field; the rest was purchased from local farmers. The 461st Bombardment Wing was relocated to the newly constructed base from Hill Air Force Base in Utah. By the following spring, the base was fully operational with three squadrons of B-57 bombers. In April 1958, the 4229th Air Base Squadron assumed control of the base, which it maintained until July 1959. The Ninety-seventh Bombardment Wing subsequently assumed control of the base and brought with it the long-range B-52G bomber. The first bomber, The City of Blytheville, arrived in January 1960. In addition to the B-52G, the base also housed the KC-135A Stratotanker aerial refueling aircraft. It was also used by the Forty-second Strategic Aerospace Division during the 1960s and early 1970s.

Blytheville Air Force Base witnessed a great deal of activity throughout the Cold War era. The Ninety-seventh Bombardment Wing was placed on airborne alert on October 22, 1962, when it was discovered that nuclear missile silos were being constructed in Cuba with Soviet assistance. The following day, the SAC declared defense readiness condition (DEFCON) II for the first time in American history. Two B-52G bombers were placed on airborne alert and were ready to strike the Soviet Union with nuclear weapons if necessary. The standoff ended, and the wing returned on November 15. The wing was presented with the Air Force Outstanding Unit Award for its performance during the crisis.

The Ninety-seventh was also involved in the Vietnam War in the late 1960s and early 1970s. In 1965, it participated in the refueling of fighter jets in Operation Young Tiger. Pilots of the wing were stationed at Guam, while the B-52s remained at the base. In 1972, all of the bombers were temporarily moved to Guam. The Ninety-seventh returned to the base and resumed normal functions after the conflict ended. It launched rescue missions from the base to Grenada in 1983. After August 1990, the Ninety-seventh began practicing for missions overseas in the Middle East and eventually aided in Operation Desert Storm.

The surrounding communities benefited greatly from the military funding that poured into the base, as well as the cultural contributions of the base’s diverse military personnel. The professional scientists, engineers, and other military personnel that relocated to the base enhanced the ethnic and societal composition of the predominantly agricultural county.

Eaker Air Force Base topped the Strategic Air Command’s list of base closures in 1991. The Cold War was slowly coming to an end, and the military had decided to start retiring the large B-52G, the housing and launching of which was the single mission of the base. The base officially closed on December 15, 1992. The Ninety-seventh Air Mobility Wing, now organized under the Air Mobility Command (AMC), was transferred to Altus Air Force Base in Oklahoma. The last aircraft, The City of Blytheville, left in March 1992. According to federal guidelines, the military had six years to disperse the base property and begin a costly environmental cleansing process that prevented the use of certain portions of the former base. Base property was divided and used for a variety of purposes. The majority of the land was retained by the federal government and given to certain government agencies, including the Department of the Interior (DOI), the Fish and Wildlife Service (FWS), and the Department of Veterans Affairs (VA). The DOI transferred eighty acres to the Bureau of Land Management in 1996, and that section has since been declared a National Historic Landmark. Approximately one-third of the land was handed over to state and local authorities. The former base site was listed on the National Register of Historic Places on January 26, 2018.

The withdrawal of the last 3,500 airmen in December 1992 had an immediate impact on Mississippi County. The Gosnell school system lost half of its enrollment. The local community college lost about twenty percent of its students. Mississippi County’s unemployment rate increased over five percent the year after the base closed, and the population dropped by 5,546 during the 1990s.

The former base is currently used by a variety of businesses, federal agencies, several non-profit organizations, and by the community. Now called the Arkansas Aeroplex, it is a multi-modal transportation facility that includes the Arkansas International Airport. The Arkansas Aeroplex has utilized many of the former base structures and facilities, including the runway. The base’s runway, which stretches 11,600 feet, is the largest runway available for public use in the state.

The closing of the airbase cost the community over 700 civilian jobs, but over half of these have been recovered through the adaptive reuse of the former base. The United States Post Office used the base in the late 1990s as an airport hub during the holiday season. Westminster Village of the Mid-South purchased some of the base’s military housing and created a retirement community. A $2.5 million sports complex, funded by the local community, was constructed on the base’s south side. It is located next to the $3 million Thunder Bayou Golf Course. In 2004, the Arkansas Archeological Survey created a research station on the south side of the base located on the acreage designated as a National Historic Landmark. This station has unearthed numerous artifacts, mainly dating back to the Mississippian period, as well as evidence of a fault line that could help seismologists predict earthquakes. Main Street Blytheville (MSB) uses forty acres of the former base every year to showcase the Lights of the Delta, the largest Christmas lighting display in the region.

In 2019, the city released plans to build the Blytheville Air Force Base National Cold War Museum at the former base site. On November 11, 2020, the first exhibit, Blytheville Air Force Base, opened at the former airbase. The exhibit, which documents the history of the base from 1942 to 1992, remains open to the public. In December 2020, U.S. Senators John Boozman and Tom Cotton introduced legislation to designate Eaker as the National Cold War Center.

Sullivan, Bartholomew. “A Casualty of Peace—Blytheville Struggles to Find Uses for Aging, Empty Buildings of Eaker Base.” Commercial Appeal. April 12, 2005, 1A. 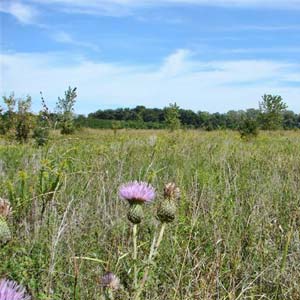