A defensive star for the Arkansas Razorbacks football team and for the Chicago Bears of the National Football League (NFL), Daniel Oliver Hampton earned the nickname “Danimal” for his intense style of play. Earning All-American honors in college and Pro-Bowl recognition during his professional career, Hampton is a member of the Pro Football Hall of Fame, the University of Arkansas Sports Hall of Honor, and the Arkansas Sports Hall of Fame.

Dan Hampton was born on September 19, 1957, in Oklahoma City, Oklahoma, the son of Robert and Joan Hampton; he has an older brother and an older sister. In 1962, the family moved to a farm near Cabot (Lonoke County). Hampton’s father was an IBM customer engineer who chose to become a farmer; after he died in 1971, Hampton’s mother continued operating the family farm and also earned money as a cook and a waitress. When Hampton was twelve, he was injured in a thirty-foot fall from a tree, which resulted in several broken bones requiring five months of healing while he was wheelchair bound. As a high school student in Jacksonville (Pulaski County), Hampton was at first more interested in music than athletics, performing on six instruments, including guitar and saxophone. The high school football coach persuaded Hampton to leave the marching band during his junior year to join the football team. His outstanding performance at both offensive and defensive tackle brought him to the attention of the University of Arkansas (UA) in Fayetteville (Washington County), which offered him a scholarship.

Hampton played four seasons (1975–1978) at UA, starting every year after his freshman year. As a senior, he was Southwest Conference Defensive Player of the Year, was named an All-American football player, and was credited with ninety-eight tackles, including seventy solo tackles and eighteen tackles for a loss of yardage, as a defensive tackle. Following his successful college career, Hampton was the fourth overall player drafted into the NFL, selected by the Chicago Bears.

In his twelve years in Chicago, Illinois, Hampton played in 157 games, starting in all but five of them. A key player in Chicago’s defensive line from 1979 through 1990, Hampton was selected four times to the Pro Bowl, twice as a defensive tackle and twice as a defensive end. Hampton is credited with 653 tackles in his professional career, including eighty-two sacks, placing him third in Bears history. During the 1980s, the Bears were successful and popular, even though they played in only one Super Bowl (1986). Much of the Bears’ success was credited to their dominating defensive play; in their championship season, they won fifteen games in the regular season, losing only once, and then shut out both their opponents in the playoffs on their way to a 46–10 Super Bowl victory over the New England Patriots. Injuries to key players may have prevented the Bears from establishing a sports dynasty, as many fans and observers of the team expected to happen.

Historians of the Chicago Bears credit Hampton as a team leader, in large part because of his interest in team success over individual performance. Hampton often occupied two blockers, opening another defender to make a play; as a result, he was often credited less with the success of the team as a whole. When the 1985 Bears team recorded a rap single (the “Super Bowl Shuffle”), anticipating a championship season, Hampton refused to participate, convinced that the song was a distraction and might be perceived as poor sportsmanship.

In 1983, Hampton bought property near Cabot on which he built a house the following year to be near his family. During the next twenty years, he was arrested on several occasions for driving while intoxicated and other related offenses.

During his career, Hampton endured surgery ten times, and twice more immediately after retirement, undergoing six operations on each knee. Following his retirement, he was elected to the University of Arkansas Sports Hall of Honor in 1991 and the Arkansas Sports Hall of Fame in 1992. On February 2, 2002, Hampton was inducted into the Pro Football Hall of Fame. Hampton has worked with various sports-related media outlets since his retirement; as of 2009, he has a radio show on WSCR in Chicago five days a week and lives in the Chicago area. 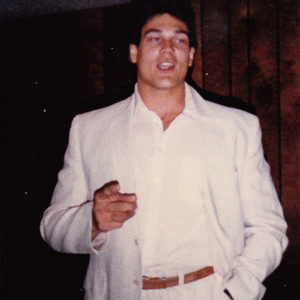