Clarence Schumann (Trial and Execution of)

Clarence Schumann was the second of only two people legally executed in Garland County (Harry Poe, an African–American teenager, was the first). On July 11, 1912, Schumann, a white man, murdered his wife after she refused to grant him a divorce. At trial, Schumann’s lawyers argued that his addiction to morphine rendered him insane and that he should be spared the death penalty. On October 29, 1912, however, a Garland County jury found Schumann guilty and sentenced him to death. He was executed on June 2, 1913.

On July 11, 1912, Clarence Schumann came home from work to find his wife, Lula, gathering clothes in the backyard. He shot her twice with his pistol, killing her. Garland County authorities arrested him that evening. When questioned, Schumann explained that he was angry that his wife would not grant him a divorce, even though she had granted a divorce to her former three husbands.

On September 27, a Garland County grand jury indicted Schumann for first-degree murder, “there being no extenuating circumstances” in the case. At trial, Schumann’s lawyers offered a defense of “morphio-mania,” arguing that Schumann’s addiction to morphine made him insane. While awaiting trial, Schumann engaged in odd behaviors, including writing letters to his dead wife, but observers suspected that this was a ruse to support his insanity defense. On October 29, 1912, a Garland County court found Schumann guilty, and Judge Calvin T. Cotham sentenced him to death.

Schumann’s lawyers appealed the conviction, mostly objecting to the judge’s refusal to allow the defense to present evidence about Schumann’s morphine addiction. The Arkansas Supreme Court rejected the appeal on February 3, 1913, concluding that he had a fair trial. Schumann’s lawyers next turned to the governor’s office, submitting statements from people who believed he was “unbalanced” at the time of the murder. Schumann’s most unlikely ally might have been Garland County sheriff Robert L. “Bob” Williams, who asked Governor Junius Futrell for leniency based on new evidence that Schumann’s wife committed adultery. Futrell, however, rejected all requests to intervene. Schumann was executed at 3:08 p.m. on June 2, 1913. Twenty-five people, the maximum allowed by law, witnessed the hanging there in Hot Springs (Garland County).

In the same issue that announced Schuman’s execution, the Hot Springs New Era ran a front-page editorial calling for the abolishment of the death penalty, stating: “What more right have twelve men to put to death one man than one man has to put to death another. In either case they are taking directly away from God the right of retribution that He alone keeps as His own.” 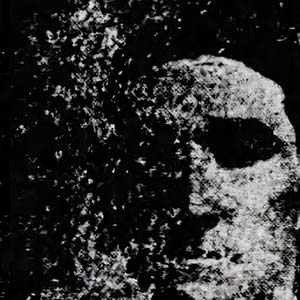