Chidester is a second-class city located in northwestern Ouachita County. Like many Arkansas cities that emerged in the nineteenth century, Chidester is a result of the railroad construction that brought many changes to the state.

Jefferson Smith acquired land in the area that would become Chidester in 1858 and established a farm; he added an additional parcel of land to the west of his farm in 1860. Moses K. Robertson also owned land adjacent to Smith’s farm. During the Civil War, Smith served as a sergeant in Company D of Arkansas’s Thirty-third Confederate infantry between 1862 and 1864. His unit was active at Prairie Grove (Washington County), in the defense of Little Rock (Pulaski County), and also in the Red River Campaign. When the war ended, Smith returned to his farm.

In 1880, the St. Louis, Iron Mountain and Southern Railway was constructing a rail line—later known as the Barham Branch—through northern Ouachita County. The railroad purchased land from Smith for a depot, and a city was laid out on that land. The city was named for a prominent Camden (Ouachita County) resident, John T. Chidester, who had moved to Camden in 1858 and become involved in stagecoach transportation. His extensive contracts included a mail route of the Butterfield Overland Mail Company. During the Civil War, he was accused by the federal government, probably accurately, of spying for the Confederacy, including charges of interfering with Union mail. Chidester fled to Texas, where he remained for the duration of the war.

The city grew rapidly and was incorporated in 1906. Chidester was the childhood home of Sidney Umsted, the oil prospector who discovered the Smackover oil field. The Chidester area was also one of several rich sources of clay for Jack Carnes’s Camark pottery business. During the twentieth century, highway travel supplanted railroad travel in importance, and State Highway 24 became the principal route of transportation for Chidester.

The city’s school system was established quickly after the founding of the city. In 1949, the Reader (Nevada and Ouachita counties) schools were incorporated into the Chidester school system. During the first decades of the twentieth century, schools in Chidester were segregated, with white children attending the Chidester schools and African-American children attending the Pleasant Hill school in Chidester. The school leaders responded to the desegregation movement by declaring freedom of choice in 1967, which led to a few black students attending the Chidester schools but no white students enrolling in the Pleasant Hill school. In 1969, the schools were declared fully integrated, but four black teachers then sued the school district on the grounds that they were dismissed from their jobs during the desegregation process due to racial bias. Their suit reached the U.S. Appeals Court in 1971, which upheld their claim, while admitting that guidelines for retention or dismissal of teachers were vague. The Chidester schools were later consolidated into the Fairview School System in 1987, which was in turn combined with the Camden School System by court order in 1990.

In the twenty-first century, Chidester has few businesses. It is home to fourteen churches, including African Methodist Episcopal, Baptist, Church of God, Church of God in Christ, Community, Presbyterian, and United Methodist congregations. The 2010 census reports 287 residents of Chidester, of whom 120 are white and 165 are African American. 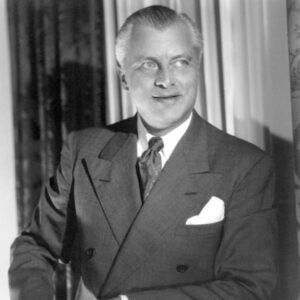