In May 1966, Carolyn Jean Green was one of the first two African American students to graduate from what is now Ouachita Baptist University (OBU). (Green was technically the first graduate, as she received her diploma before Gustine Blevins Williams, whose name followed later in the commencement lineup). During her college years, Green was active in the National Association for the Advancement of Colored People (NAACP) and was a trailblazer on the Ouachita and Henderson State College campuses, establishing rights for African American students previously denied them.

Carolyn Green was born on October 9, 1943, in Arkadelphia (Clark County) to Prince Lee Green and Doris Newborn Green. Green was the second-oldest of the Greens’ eight children. When Green was about five years old, her family moved to Hot Springs (Garland County), where her father worked primarily as a porter at the Hot Springs Memorial Airport. The family lived at 103 Ozark just off what became the Whittington Park Historic District. Green attended school in Hot Springs, graduating in 1962 from the Langston High School, originally established as the Rugg Street School in 1903, the first school for African Americans in Hot Springs.

In fall 1963, Green enrolled at Henderson State College in Arkadelphia as an education major. (Henderson had desegregated in 1955.) While there were numerous Black students on campus when Green entered Henderson, they were not permitted to live in campus dormitories or to eat in the college dining hall. Instead, Green resided in Arkadelphia with her grandmother, Azolete Newborn. For lunch, Henderson required African American students to walk to Arkadelphia’s all-Black Peake High School, a round-trip distance of four miles from campus. Despite harassment and opposition from white students and some faculty, Green and other Black students involved with the NAACP successfully desegregated Henderson’s dining hall in spring 1964.

In August 1964, in response to the national Civil Rights Act, Ouachita Baptist College’s board of trustees adopted a resolution “to deny no person admission or any other right as a student on the basis of race, creed, color, or national origin,” effective immediately. That fall, Green transferred to Ouachita (literally across the street from Henderson), where she became the first African American student to attend under the new rule. At Ouachita, Green found that she was able to engage more positively in campus life. She was the first African American student to live in a campus dormitory and the first to join a social club (Theta Lambda Tau), the college’s equivalent of sororities and fraternities. At Ouachita, Green changed her major to political science and sociology, with the goal of becoming a social worker. On campus, she also became involved with the Sociology Club, serving as an officer in the organization, and with the campus chapter of the Young Democrats.

Green graduated from Ouachita Baptist College in May 1966. Following her graduation, she worked for two years with the Office of Economic Opportunity Rural Training Program, a position she credits OBU President Ralph Phelps with helping her obtain. In 1968, Green became a flight attendant with American Airlines; she worked for American for the next forty-three years, with the exception of a two-year leave of absence. During those two years, Green and then husband Otis L. Hayes, who worked for the U.S. State Department, lived with their two sons in the Republic of Malawi in southeastern Africa. Green retired from American Airlines in December 2009 and resides in Maryland.

Civil Rights and Social Change
World War II through the Faubus Era, 1941 through 1967 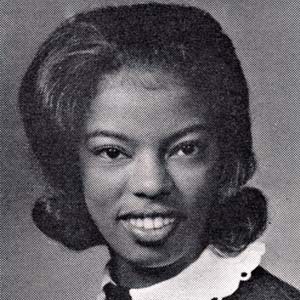