Bonnie Montgomery is a singer, songwriter, and musician from Arkansas. A classically trained singer and pianist, she has made a name for herself in the field of country music, releasing several full-length albums and touring and performing with nationally known acts. Musician Dale Watson called her a “sophisticated badass who was born to sing,” while Counterpunch praised her “white trash arias, soaked in alcohol and sex.” Montgomery herself says music “connects us all” and is a “beautiful, spiritual thing.”

Bonnie Jill Montgomery was born on August 18, 1979, in Searcy (White County) to Vani Quattlebaum Montgomery and Little Rock (Pulaski County) native Marcus Montgomery. Her father was a farmer and owner of a trucking company. Her mother became the owner of Quattlebaum Music Shop—begun by Vani’s parents, “Sweet Ivan” and Frances Quattlebaum—located in the shopping district on Searcy’s courthouse square. Her parents divorced when she was young, and both parents remarried. She has a sister as well as a half sister and half brother. By 2020, her mother still owned Quattlebaum Music Shop, though she was no longer running it.

Montgomery began singing in the Lutheran church, but her influences were wide ranging. The Quattlebaum music shop sold instruments as well as recorded music, which she listened to and absorbed. She cites her influences as ranging from the Beatles to grunge to country, especially Johnny Cash. She has said that her ideal band would be Cash’s: “I knew when I started with songs that I wanted a Johnny Cash set up.”

Although trained on the piano, Montgomery initially wanted to be an opera singer. To bolster her music skills and education, she was well trained in music theory, graduating with a bachelor’s degree in music from Ouachita Baptist University (OBU). Her education included a semester abroad in Salzburg, Austria, where she studied opera.

Montgomery had a harrowing experience in 1999. On June 1, she was onboard American Airlines Flight 1420 when it split apart and caught fire after overrunning the runway at Little Rock’s airport. The plane had been flying through a thunderstorm before it crashed. Ten passengers and the pilot were killed.

After graduating from OBU, Bonnie lived in China for a year, where she taught English. When she returned to the United States, she applied to graduate programs in music and ended up at the University of Missouri–Kansas City (UMKC). At UMKC, she spent many hours in the archives, listening to Americana and roots music. She graduated from UMKC with a degree in ethnomusicology.

Montgomery lived in Nashville for two years. In that time, she married and worked as an administrator for the Nashville Symphony, taught music, and wrote music, rather than performing live. After her marriage ended, she moved back to Arkansas in 2009, where she began playing her first shows in Little Rock.

In 2011, she premiered her “folk opera,” Billy Blythe, about a young Bill Clinton. Set in 1959, when Clinton was a teenager living in Hot Springs (Garland County), the one-act opera was performed in Arkansas and New York and was still being performed a decade after its premiere. Billy Blythe featured music written by Montgomery and words by fellow Arkansan and college friend Britt Barber. Montgomery has said the opera contains elements of “blues, ragtime, early rock and roll, and folk as well as classical elements.”

In 2011, she recorded a live album at the Cake Shop, a bar and live music venue in New York City that specializes in alternative rock and country acts. In New York, she began playing with musician and fellow Searcy native Nathan Howdeshell, with whom she collaborated and was romantically involved. Montgomery said Howdeshell “changed everything” and “taught me about collaboration.” She recorded two EPs, Cruel (2012) and Joy (2013), with Howdeshell before cutting her full-length studio debut, Bonnie Montgomery, released in 2014. The album, which featured Howdeshell on electric guitar, met with positive reviews. The Arkansas Democrat-Gazette called it a “magical debut,” praising Montgomery’s “stunning” voice. Montgomery recorded the album at Fellowship Hall Sound in Little Rock, and it was released on the Fast Weapons label of Portland, Oregon.

Montgomery and Howdeshell toured nationally and internationally for a time with the popular Arkansas band Gossip, playing as an opening act before large crowds. Gossip announced its breakup in 2016, and her relationship with Howdeshell also ended. But by this time, Montgomery was a rising star in her own right. In 2016, she won the Ameripolitan Award for Best Outlaw Female.

In February 2018, Montgomery released Forever, a concept album recorded in Austin over the span of several days at Dale Watson’s Ameripolitan Studios. She strived for a more Texas-influenced sound, drawing on Bob Wills’s music as well as Willie Nelson’s 1974 concept album Phases and Stages. She also sang a duet with Watson on a Bonnie and Clyde–inspired song called “Going Out Tonight.” Sean Clancy of the Arkansas Democrat-Gazette called Forever an “excellent collection of honky tonk-laced tales of love, resilience and making a life on the road.” In 2021, she released the album Boat Songs 2002, a collection of folk songs and spoken word vignettes centered upon her 2002 trip to China via freighter.

Montgomery is a frequent performer at the White Water Tavern in Little Rock, which she calls one of the greatest venues in the world and a “wonderful place that gave me a chance” when she was playing songs on a wooden organ. She has performed at the White Water with Dale Watson as well as Ramblin’ Jack Elliott. She has also collaborated with other country stars such as Rosie Flores and Ray Wylie Hubbard.

While she plays often in Arkansas, Montgomery lives in Wimberly, Texas, just outside Austin. 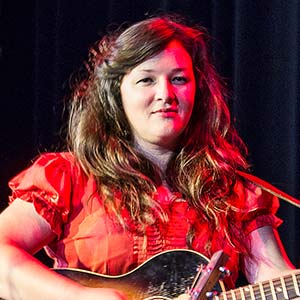